Scene: A home in Jesup. A man having a stroke. Off he goes in an ambulance to the hospital.

The problem: Most rural hospitals don't have a neurologist available 24-hours a day. They are the only ones who can prescribe the high-powered, clot-busting medication needed to relieve the stroke and increase chances of recovery. Time is of utmost importance during a stroke. A stroke kills brain tissue, and once the tissue has been damaged by the stroke, it cannot be recovered. A stroke patient's best chance of recovery is getting the treatment needed within a few hours. Because Savannah is more than two hours away - the key time frame to administer the medicine - treatment in rural areas is generally less than ideal. 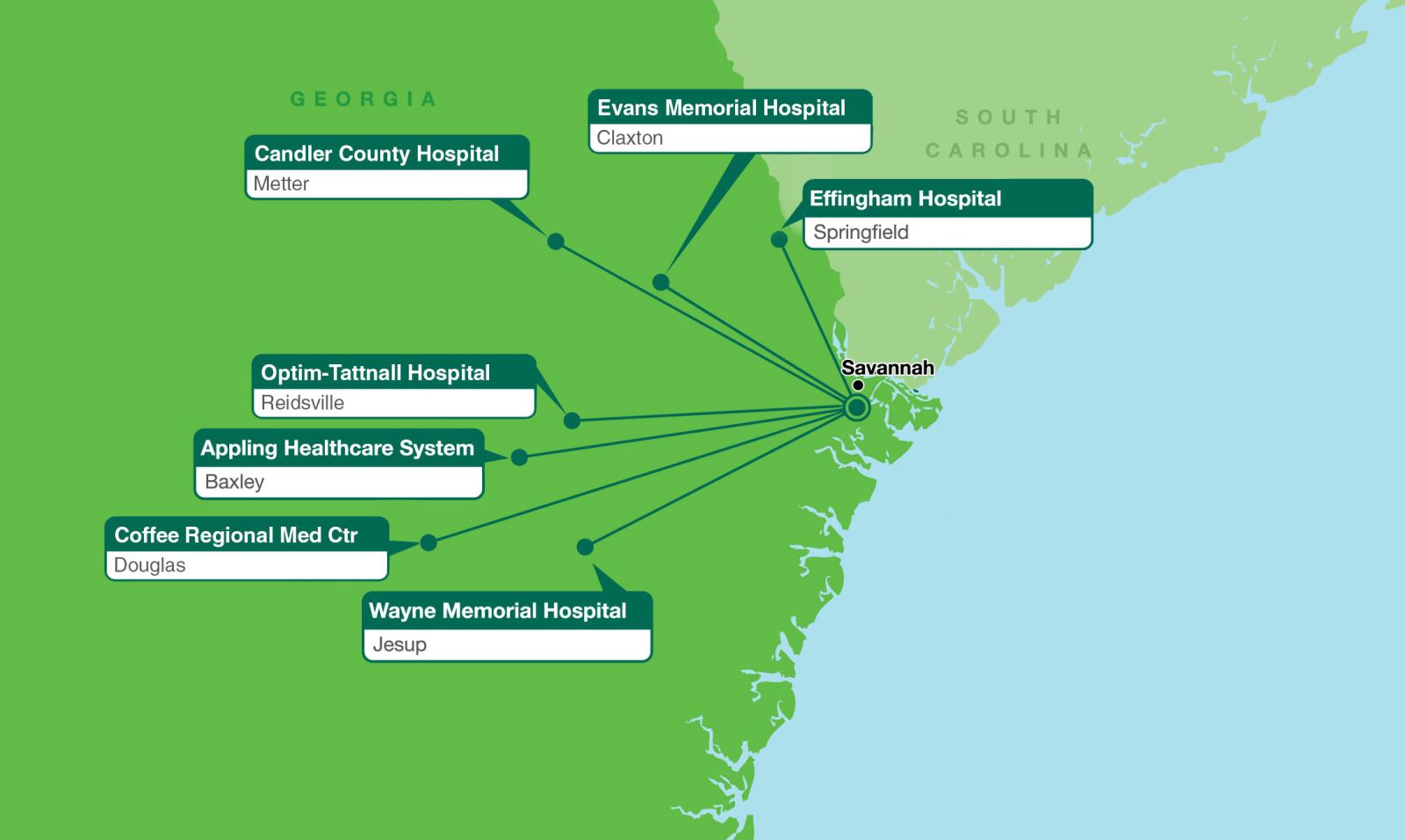 How the Stroke NET-work Saves Lives

St. Joseph's/Candler has invested in new technology called REACH Call that allows board certified neurologists to diagnose and treat stroke patients in rural hospitals, giving all patients access to the treatments they need.

Augusta-based REACH Call, Inc. developed the technology. It was designed by Dr. David C. Hess, Professor and Chairman of Neurology at the Georgia Regents University (GRU), and other GRU neurologists in Augusta, Georgia.

SJ/C has placed REACH Call in:

Do Georgia Residents Have a Higher Risk of Stroke?

The southeast is in the "stroke belt" of America; Georgia is in the buckle of that belt. The southeast has a 40 percent higher stroke death rate than the rest of the country, according to a recent study by the University of Alabama at Birmingham and the University of Vermont. This is because risk factors like high blood pressure, diabetes and high cholesterol have an impact on a larger concentration of the population in Georgia and surrounding states.

Connect with the Stroke NET-work Program