From 1904 until 1968, the Savannah Hospital Training School for Nurses and later named the Warren A. Candler Hospital School of Nursing Faculty graduated 652 students. These graduates served in nursing careers in nearly every state of the U.S., in different branches of the Armed Services, here and aboard, as well as serving as directors and educators. 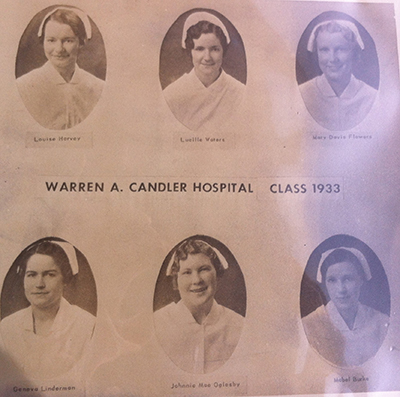