For 67 years, young girls and women from all walks of life came to study nursing at St. Joseph’s Hospital School of Nursing. From 1902 until 1969, 741 nurses graduated from the school. Graduates of the school went on to careers in hospital administration, nursing service, nursing education, public health, school nursing, doctors’ offices, nursing homes, home care, industrial nursing and many branches of the armed services. Graduates served throughout the United States, as well as the Philippines, Puerto Rico, West Africa, England, Italy and Ireland. 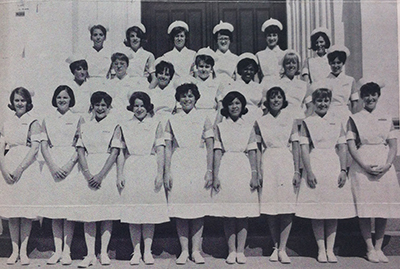