The Connection: St. Joseph's/Candler nurses write about the impact patients have on them

In their own words, St. Joseph's/Candler nurses write about the impact patients have on them in this feature we call, The Connection. While every patient is special, there are some that change your life. Please enjoy these heart-felt stories, and just a warning, you may want to keep the tissues handy.

A Flower in Her Hair 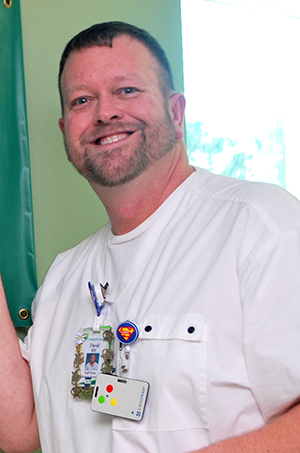 As a nurse, we all have a story.  For some of us, it’s the vivid telling of a highly stressful clinical situation in the Emergency Department involving multiple injuries, cardiac shocks, mass transfusion protocols, and heroic moments that arise even in organized chaos.  For others, it’s sharing their stories of the tiring and grueling days that leave you feeling defeated.  Somewhere in the middle, I found my story.

I remember growing up in rural South Georgia.  As long ago as I could remember, my family and friends asked me “what do you want to be when you grow up?”  I can certainly tell you that never once as a teenager did I ever even think nursing would be the answer I would give.  In fact, it wasn’t until later in life and many years into my career that I even considered making a life change, going back to college, and becoming a nurse.  I was blessed beyond measure to have been at the bedside for the weeks leading up to the death of two of my grandparents.  I simply thought I was there to relieve my mother from her tending to their needs as she cared for them during the daytime.  I was just the person who stayed awake during the night.  Sometimes I might feed them, sometimes I might clean them up, but I always knew that during the middle of many of those long nights, we would talk.  Often, they would want to banter about the “good ole days”.  But there were always those nights when things got very real. The conversations were haunting.  We talked about death.  We talked about being scared.  We knew the time was coming.  It’s hard to explain but I knew I was in the right place, at the right time, doing the right thing.

Ed and Bishop and Me 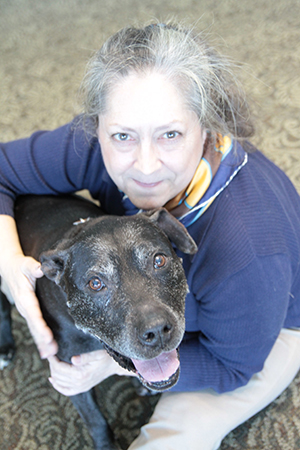 You never know who will change your life…

I was working triage that day. A few hours into my shift another ER nurse asked if I had any dog food in my car. (I’m an animal lover, and I do keep an extra collar and leash, along with some treats, just in case I come upon a dog running loose.) Nicole told me she was holding an admitted patient who had a “service dog” (the air quotes were Nicole’s).

Anytime I can pet a dog my day immediately improves, so I went back to this patient’s room to meet this “service dog”. Bishop was lying on the bare floor, secured to his human’s stretcher by his leash. He rose stiffly to allow me to pet him. Nicole and I decided to feed him a breakfast tray, which he wolfed down greedily. His owner, Mr. G, largely ignored us.

That night after my shift ended, I again went to check on Bishop. Mr. G told me to take him outside for a potty break, which I did. I asked Mr. G if he had any food for Bishop, and he told me that he had only a small amount. I told him I would go to Walgreens and pick some up. He asked me to get him a bag of Lays potato chips while I was there. I returned a short time later with the dog food, some milk bones, the potato chips and a dog bed that had been an impulse purchase. Bishop took to the dog bed immediately, and Mr. G showed some animation for the first time. He seemed pleased with the dog bed, and told me Bishop had never had one. He also told me somewhat gruffly that it would spoil him. 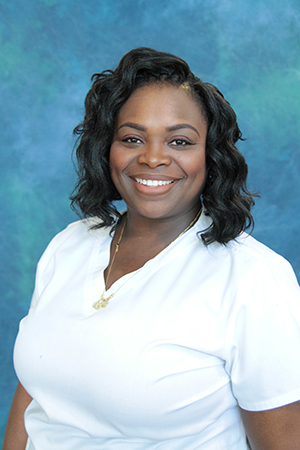 Nursing is a career pathway that requires a special level of commitment, dedication and passion. Reason being, as a nurse you are often put into a position that requires the internalization of situations/events that, though out of your control, carry a heavy spiritual/emotional weight. When I chose to become a nurse, I knew that I was making a serious commitment. I was committing to a lifetime of learning, long days, stressful situations and being able to touch a life (lives) on a daily basis. Since making this life changing decision I have not had a single moment of regret, as it is truly my belief that I am blessed to operate in my calling daily.

Since becoming a nurse I have learned first-hand that darkness is not always literally the absence of light. It can be, and often is a spiritual or emotionally absence of light. On July 2, 2016, there was a family that crossed my path that I will not soon forget, a family that was faced with a sudden darkness. By all accounts a magnificent partnership that was abruptly ended, as these partners had unknowingly embarked upon their very LAST RIDE!

While working in the Emergency Department at Candler, a call came through, as they often do, that we would be receiving an ambulance carrying a critically ill patient. The only information that was given was that the patient had been down for an undetermined time, EMS staff was providing respiratory support, Advanced Life support to include compressions, and patient’s vital signs are not stable.