Can I eat fish while I’m pregnant? A nutritionist and physician explain.

Should pregnant women eat seafood? The answer is not a definitive no.

Pregnant women do not have to avoid all seafood during pregnancy, says Dr. Maria Paasch, board-certified obstetrician and gynecologist with Thrive Obstetrics & Gynecology. However, seafood consumption should be monitored based on quantity and especially mercury levels. 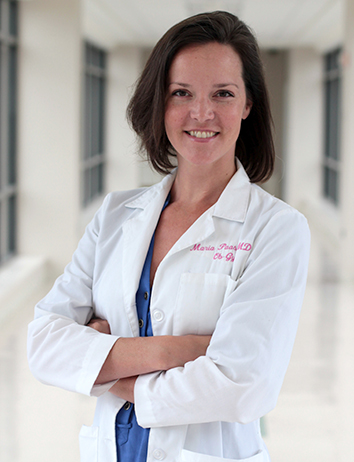 In addition, it is recommended that pregnant women have no more than 12 ounces of seafood a week, says Bentley Danello, RD, LD, education specialist in disease management and registered dietitian at St. Joseph’s/Candler. That’s also the recommendation for the average adult.

“Being pregnant made me aware that eating more than 12 ounces of seafood is not good for us anyway because of mercury levels and other pollutants found in fish,” Danello says.

Related Article: 10 food safety tips to protect yourself and your baby during pregnancy

Fish is a healthy protein and can be eaten in place of other types of meats or proteins. It’s also a great source of omega-3 fatty acids and minerals such as iron which help foster healthy fetal, infant and childhood development. The significant thing is that pregnant – and breastfeeding – women choose a variety of fish that are low in mercury.

Watch mercury levels in the fish you eat

Mercury is a metal and too much can damage your lungs, kidneys and nervous system. Babies exposed to mercury in the womb can have brain damage and hearing and vision problems.  Fish are exposed to mercury as it builds up in oceans, lakes, rivers and streams. They get mercury from the water they swim in and from eating other fish that have mercury in them.

Fish that are high in mercury that you should avoid include swordfish, shark and king mackerel.

Since mercury is an element that collects in oceans, lakes, rivers and other bodies of water, it’s important that expecting mothers pay attention to water advisories.

“Mercury levels can also depend on which body of water you are getting the fish from so it’s always good to check with the FDA or watch for local advisories on the contamination of the water and the safety of the seafood,” Danello says.

The American Congress of Obstetricians and Gynecologists recommends against uncooked seafood or meat, such as sushi, Dr. Paasch says. Undercooked or certain raw foods can lead to foodborne illnesses that can lead to harmful side effects for mom and baby.  However, cooked sushi rolls are OK, Dr. Paasch says.

In addition to seafood, Dr. Paasch says deli sandwiches are fine to eat as long as the cold cut is from a cooked meat, such as baked ham, roasted turkey or beef. Salami and other cured meats should be avoided, Dr. Paasch says.