There are several ways to treat lung cancer depending on stage and type. Learn more about treatment options:

The statistics may seem dreary: the second most common cancer diagnosis and the leading cancer killer in both men and women.

But lung cancer is not a death sentence. The survival rate of lung cancer diagnoses has greatly improved over the last two decades. 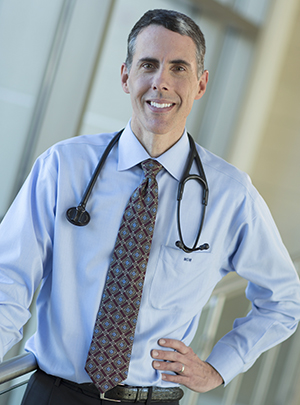 Lung cancer is one of the most common cancers treated at the Nancy N. and J.C. Lewis Cancer & Research Pavilion, and there is a dedicated team of specialists who tackle these cases.

“Patients typically begin their journey through a pulmonologist, and we continue to be part of their care before, during and after, but we really are a team,” says Dr. Doug Mullins, pulmonologist with Southeast Lung Associates and co-chair of the Thoracic Cancer Multi-Disciplinary Team at the LCRP. “I reassure patients that they are not alone in this and a team has been put together that meets their individual needs.”

Lung cancer is generally diagnosed stages one through four. There is a Stage 0, which is “carcinoma in situ”, or a cluster of malignant cells that has not invaded surrounding tissue or spread elsewhere in the body, Luteran explains.

There are three main types of lung cancer: 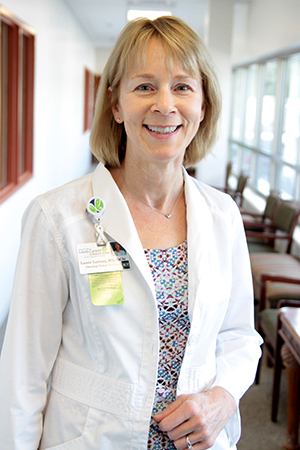 How we decide what is best for you

The stage and type of cancer will help determine your course of treatment. At the Lewis Cancer & Research Pavilion, a thoracic multi-disciplinary team collaborates to assess, plan, monitor, coordinate and evaluate the delivery of cancer care services. Members of the team include pulmonologists, medical oncologists, radiation oncologists, surgeons, a nurse navigator and others.

The multi-disciplinary team reviews a patient’s pathology, overall health and location and stage of disease to recommend the best course of treatment.

“The patient is seen in consultation and all aspects of that patient’s case is reviewed, including but not limited to pathology, overall health and location and stage of the disease,” says Dr. John Pablo, radiation oncologist with the LCRP and member of the Thoracic Cancer Multi-Disciplinary Team. “Based on this assessment and discussion in a multi-disciplinary tumor conference, the optimal treatment program can be recommended.”

While each case is individualized, it’s important for patients to understand their options.

Patients who have stage 1 and stage 2 cancers generally have surgically options. These patients may or may not need radiation and chemotherapy. Stages 3 and 4 are best treated with chemotherapy and radiation treatments. Another treatment option is immunotherapy.

“The outcomes are better with chemo and radiation for high stage disease,” Dr. Mullins says. “Lower stage patients have better surgical outcomes; however, some can’t have surgery for a variety of reasons so we look at all our options.”

As mentioned, surgery is typically the treatment of choice for early stage lung cancers. 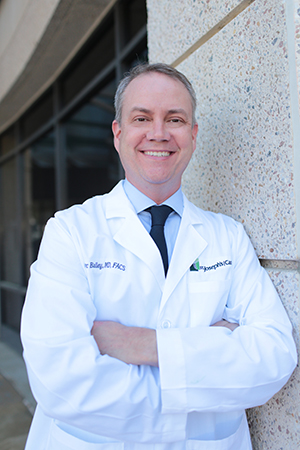 “I want to see more patients because if I am seeing the patient, it’s an earlier stage cancer and it’s tolerable to surgery, and it gives us the best chance of curing it,” says Dr. Marc Bailey, cardiothoracic surgeon and member of the Thoracic Multi-Disciplinary Team. “If we can jump on these lung screening programs and smoking cessation programs then we will pick up on early stage lung cancer.”

There are several surgical options to treat lung cancer including wedge resections, lobectomy and pneumonectomy.  Lobectomy is the most common procedure performed, which is the removal of one the lobes in the lung. The lung has five lobes – two on the left and three on the right.

A lobectomy is preferred over a pneumonectomy, which removes the whole lung. Dr. Bailey says those surgeries are becoming more and more rare thanks to advances in technology, such as the da Vinci Surgical System.

“The best cancer operation, if the patient can tolerate it and if they have cancer in one of those lobes, is not just to pluck out that little cancer, it’s to remove that lobe where the cancer sits,” Dr. Bailey says. “That’s the best chance of not seeing the cancer again.”

For patients with early-stage cancers but can’t tolerate surgery a treatment option is stereotactic body radiotherapy (SBRT) via the CyberKnife, which delivers high doses of radiation to small areas with phenomenal accuracy while minimizing damage to healthy tissues. It is a robotic device that moves with the patient’s breathing.

The majority of lung cancer patients are not treated surgically, Luteran says, but with other options, such as radiation. 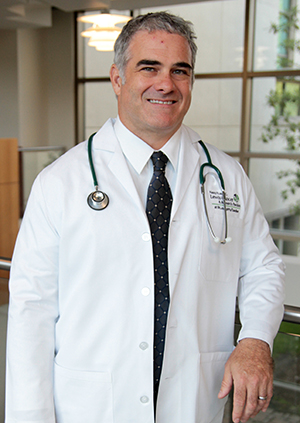 Typically, CyberKnife is recommended for patients in low stages who can’t tolerate surgery or to treat a single site recurrence. TrueBeam is more often used in patients who need radiation following surgery or have higher stages of the cancer.

Side effects of CyberKnife and TrueBeam are minimal because the radiation beams can be highly targeted to small volumes. Dr. Pablo says some patients may develop radiation-induced pneumonia or experience rib pain, but the risk is small. Patients going through external/conventional radiation may experience side effects depending on the location and size of the tumor. The main side effect is irritation of the esophagus occurring shortly after treatment which can make it hard to swallow. This side effect gets better generally with seven to 10 days following treatment, Dr. Pablo says.

Chemotherapy can be given concurrently with radiation. In fact, most doctors prefer they are used in conjunction with one another, Dr. Mullins says. The typical course for chemo is 12 weeks, but that can vary depending on the oncologists. Some patients, for example, may need one dose of chemo every three weeks for six treatments, totaling about 18 weeks.

The most common side effects of chemotherapy are hair loss, loss of appetite, nausea and vomiting and fatigue.

“I tell patients the process will probably feel like a rollercoaster ride,” Luteran says. “They should expect good days and bad, but that they’ll have a dedicated team to help them through it.”

An exciting development in lung cancer treatment is new and ongoing discoveries in immunotherapy and targeted therapy drugs.

Immunotherapy helps the body’s own immune system fight cancer and is most often given intravenously (through an IV), Luteran says. Immunotherapy can be used simultaneously with chemo and/or radiation.

Targeted therapies are aimed at molecular markers, or “targets”, on the cells and typically have fewer side effects than chemotherapy. Most targeted therapies for lung cancer are in pill form, but some are given intravenously.

While there are several treatment options and new technologies and courses of treatment being researched every day, a lot of lung cancers come back to smoking.

More than 90 percent of lung cancer patients are smokers or former smokers, Dr. Mullins says. Researchers and physicians also know that someone who had cancer once before are at a higher risk of developing cancer again, and continuing to smoke increases that risk. Additionally, smoking decreases the efficiency of treatments.

That’s why Dr. Mullins, as well as many other physicians, emphasizes tobacco cessation.

The St. Joseph’s/Candler Comprehensive Tobacco Cessation Program gives those who want to stop smoking support and resources needed to quit for good. The program includes one-on-one counseling sessions and group sessions. Our clinical pharmacist and certified tobacco treatment specialist can also prescribe smoking cessation medications, if deemed necessary for the patient. Learn more about the program at sjchs.org/stopsmoking.

Related Article: The two things you need to do to stop smoking