Five things you should know about lung cancer screening

If you could do just a couple of things to decrease your chances of not getting a deadly lung cancer diagnosis, wouldn’t you do it?

It starts by quitting smoking if you are a current smoker. Secondly, if you have a long smoking history and meet certain other requirements, you should be screened annually for lung cancer.

Lung cancer kills more people than colon, breast and prostate cancers combined. It is estimated that in 2018, more than 154,000 people will die from lung cancer. 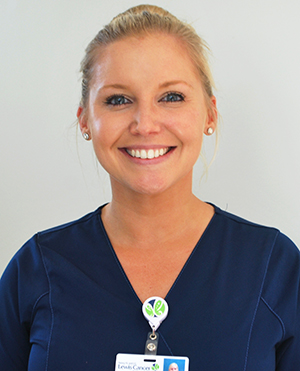 Most lung cancers are detected when symptoms start to occur. Symptoms include coughing up blood, sudden shortness of breath or coughing differently than normal. One reason for such a high number of deaths is because by the time symptoms occur and lung cancer is diagnosed, the disease has often spread outside of the lungs.  Currently, three out of four patients diagnosed with lung cancer are diagnosed late, at stages III and IV.

In an effort to find lung cancer early, when it’s more likely treatable, high-risk patients are encouraged to have annual CT scans for lung cancer. At St. Joseph’s/Candler, the goal of the Lung Cancer Screening Program is to detect lung cancer at early stages, when patients are asymptomatic and the disease is localized, therefore increasing survival.

Here are five things you should know about lung cancer screening:

1. What is a lung screening?

“Lung cancer screening is a service offered for patients who are at high risk for lung cancer due to their smoking history,” Traywick explains.

By using a CT scan for lung cancer screening, a radiologist can detect lung nodules, or “spots,” that may be cancerous.

A CT is a sophisticated X-ray imaging system that takes multiple views of the anatomy – in this case the lungs – and then uses a computer to combine all the images together to produce a detailed look at the organ. “The machine is not enclosed and the scan only takes a few minutes,” Traywick says.

Lung cancer screening may not be helpful for all smokers, but research shows a clear benefit for screening for individuals that meet strict criteria. The National Cancer Institute recently conducted a lung screening study which included more than 50,000 high-risk patients. Results showed that annual lung screening can detect lung cancer sooner and can reduce death rates from lung cancer by 20 percent in high-risk smokers older than 55.

For screenings, the Centers for Medicare & Medicaid Services’ indicates that the patient be:

St. Joseph’s/Candler officially started its Lung Cancer Screening Program in 2016 after participating in a national trial prior. Since 2016, hundreds of patients have been screened.

“We are catching it early,” Traywick says. “80 percent of the diagnoses made through our screening program in 2018 have been stage I.”

3. What are the benefits of lung screening?

The biggest benefit to lung cancer screening is finding the disease at an earlier stage when it’s treatable and potentially curable.

“I know not everybody wants to know what’s going on inside their bodies, but it’s important to get screened and continue to follow up with your care, so that way if there are any changes, we’ve seen them early,” says Traywick.

4. Where can I get screened?

A physician’s referral is required every year for lung cancer screening. The initial year also requires a shared decision making visit, which is a discussion between the physician and patient about the screening, its benefits and risks and tobacco cessation.

Screenings are covered for high risk patients by most insurances if eligibility requirements are met.

5. How can I get help to quit smoking?

The most important risk factor for lung cancer is smoking, which causes about 85 percent, or six out of seven, of all lung cancers in the United States. If you are a smoker, you should stop now. Just 10 years after quitting, the risk of dying from lung cancer is about half of that of a person who still smokes. In addition, there are numerous other health benefits to stop smoking.