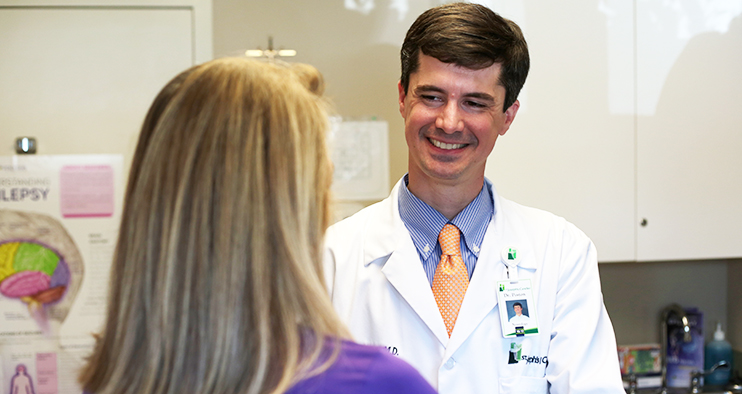 Dementia is not a specific disease. It’s a general term that describes a group of symptoms and has many subtypes, of which Alzheimer’s is the most common. 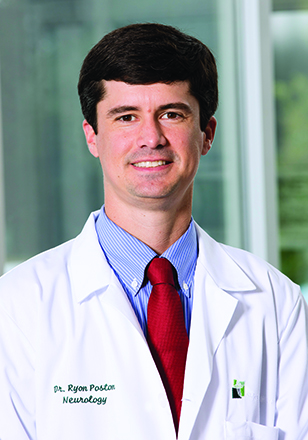 “People diagnosed with dementia often have issues with memory loss and other impairment to their intellectual abilities,” says Dr. Ryon Poston, a board-certified neurologist with St. Joseph’s/Candler Physician Network – Neurology. “Their thinking and sometimes their behavior is affected, and it’s serious enough to disrupt or interfere with their activities of daily living.”

Cognitive issues developing from dementia can include trouble with language or ability to communicate, difficulty focusing on a task or maintaining attention or problems with higher executive functioning such as the ability to reason and use good judgment.

There are several types of dementia, but between 60 to 80 percent of dementia cases are Alzheimer’s disease. The second most common type is vascular dementia. These patients have a history of cerebrovascular disease and may have suffered multiple strokes or could have a condition called microvascular ischemic disease, which is often seen in patients with longstanding hypertension or diabetes, Dr. Poston says.

There’s also mixed dementia, which is patients who have features of both Alzheimer’s disease and vascular dementia.

Some patients may even be diagnosed with pseudo-dementia, where it looks like dementia but is actually untreated or undertreated depression that causes poor memory and thinking, Dr. Poston says.

Who’s at risk of getting Alzheimer’s?

The largest number of people with dementia are diagnosed with Alzheimer’s disease. An estimated 5.7 million Americans have Alzheimer’s, according to the Alzheimer’s Association.

Alzheimer’s disease affects the brain and nervous system. It happens when nerve cells in the brain die. Symptoms usually develop slowly and get worse over time.

That doesn’t mean people in their 40s and 50s can’t experience symptoms of Alzheimer’s. Approximately 200,000 Americans under the age of 65 have early-onset Alzheimer’s.

Are there warning signs?

Some patients are aware of their memory loss, but many times they may not recognize the problem or realize its full extent.

“At times we depend on the spouse or the adult children to give us the most accurate picture of the symptoms,” Poston says. “They will let us know that they’ve had to step in and help with finances or to manage medications for the patient.”

The Alzheimer’s Association lists 10 early warning signs of Alzheimer’s disease. These are:

As Alzheimer’s progresses, the symptoms become more severe and go beyond memory and cognitive functioning. Physical symptoms can appear including difficulty speaking, walking or swallowing. Alzheimer’s patients can be unaware of their surroundings and also are vulnerable to infections such as aspiration pneumonia. At the same time, they may be unable to communicate their pain or the worsening of their condition.

Is dementia and Alzheimer’s disease treatable?

There’s no single test for dementia. A diagnosis is typically based on a patient’s history of present illness, a neurological exam, brain imaging and lab tests, Dr. Poston says. Patients also are asked to do a screening questionnaire, which includes basic questions and tasks such as simple math. The results give physicians a quick idea of where the patient is cognitively.

A physician may find memory loss is not due to dementia but other factors such as medications, thyroid disease and deficiencies of vitamins such as B12. If the memory loss or poor thinking is diagnosed as pseudo-dementia, for example, treating the depression may improve memory and thinking.

Unfortunately for patients diagnosed with Alzheimer’s disease, there is no cure. However, medications have shown to lessen symptoms.  Dr. Poston also encourages his patients to pursue intellectual, physical and social activities and to have family members help them achieve this.

“Being engaged in the community can be helpful,” Dr. Poston says. “So can anything that works the brain – reading, crossword puzzles, Sudoku, anything cognitive. We encourage regular exercise as well. Patients do better when they continue to be active, both physically and mentally.”

If you or a loved one is concerned about dementia or Alzheimer’s disease, talk to your physician. To learn more about St. Joseph’s/Candler Physician Network – Neurology, visit our website.