What is robot-assisted surgery? 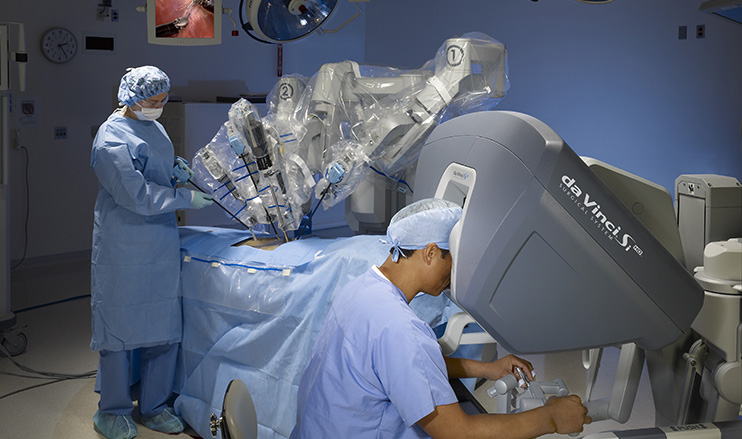 The da Vinci Surgical System, available at St. Joseph’s/Candler, has many benefits to patients

On one side of the operating room, the surgeon is positioned behind the console, gently maneuvering the controllers. Several feet away, enveloping the patient, robotic arms follow the surgeon’s practiced actions.

It’s the latest technology in surgery, and it has many benefits to the patient. Called robot-assisted surgery, it helps patients leave the hospital quicker and recover faster. 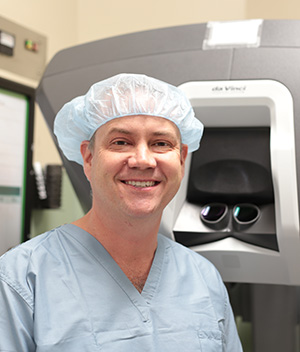 The da Vinci Surgical System is robot-assisted surgery that is appropriate for a wide array of surgeries from gynecological procedures to cancerous tumor removal to organ removal. It is also state-of-the-art for common surgeries such as gallbladder removal, appendectomies and hernia repair.

“Robotic technology has really become the gold standard on some of these operations,” says Dr. Marc Bailey, cardiothoracic surgeon with St. Joseph’s/Candler Physician Network – Cardiothoracic Surgery. “It allows me to remove very large tumors from the lung or mediastinum (the region located between the lungs) without ever spreading a rib or breaking a rib.”

The da Vinci robot uses sophisticated computer-aided equipment which allows the surgeon to have the benefit of magnified views of regular laparoscopic surgery while retaining the three-dimensional view of traditional open surgery.

The surgeon sites at a console where their hands are placed into glove-like controllers, called masters, which are used to manipulate the robotic surgical EndoWrist instruments. The on-board computer replicates the surgeon’s movements precisely and to scale while filtering out the surgeons pulse, called tremor, normally seen at high magnification. This allows the surgeon to move in a more natural fashion as opposed to straight stick laparoscopy where the surgeon has to move the instrument left to go right thus reducing the chance of human error.

Robot-assisted surgery involves up to five incisions smaller than a penny. This has great benefit for the patient including:

“These patients used to go to the ICU for a couple of days, have several drains and a spinal catheter for pain and urinary bladder catheters. All that’s eliminated,” Dr. Bailey says. “Patients are walking right away and two to three days is the average stay, which is less than half of what it used to be.”

Related Article: Why can’t I wear nail polish during surgery?

To learn more about the da Vinci Surgical System, visit our website.