Look Before You Lock: Preventing vehicular heatstroke in children left in hot vehicles

St. Joseph’s/Candler neonatologists also explain what to do if you ever see a child in a hot car

No parent ever thinks it would happen to them – leaving their baby or child in a hot car. But sadly, it happens.

The most dangerous mistake a parent or caregiver can make is to think leaving a child alone in a vehicle could never happen to them.

“That’s the biggest problem because it happens to anybody,” says Dr. Art Payne, St. Joseph’s/Candler neonatologist and medical director of neonatology for the Level II NICU at the Telfair BirthPlace.

“It’s happened to a rocket scientist, nurses, doctors and lawyers. You get caught up in the tasks of daily living and your brain is in routine and you don’t think to check the backseat.”

In more than half of vehicular heatstroke cases, the person responsible for the child’s death unknowingly left the child in the vehicle. In most cases, it’s a loving, protective parent.

“I’m guilty of this too, that it would never happen to me, but the majority of people this happens to are caring, loving parents,” Dr. Payne says.

Why this happens: The heat in the car

The inside of a vehicle heats up very quickly, explains Dr. Josef McLean, St. Joseph’s/Candler neonatologist. For example, on a 95 degree day, the inside of a car can reach more than 100 in just a matter of minutes, he says.

“Even with the windows down or cracked, the car still heats up more than the outside because basically it’s a metal box,” Dr. McLean says. “And then think about your baby most likely being wrapped up and strapped in.”

According to kidsandcars.org, eighty percent of the increase in temperature happens in the first 10 minutes. And the outside temperature doesn’t matter. Children have died from vehicular heatstroke in temperatures as low as 60 degrees, Dr. Payne says.

That’s why both Dr. Payne and Dr. McLean remind parents to never leave their children in the car, even if it’s simply to pick up the dry cleaning or grab some bread from the store.

“Never, ever leave a child in the car. Always take your kid with you,” Dr. Payne says. 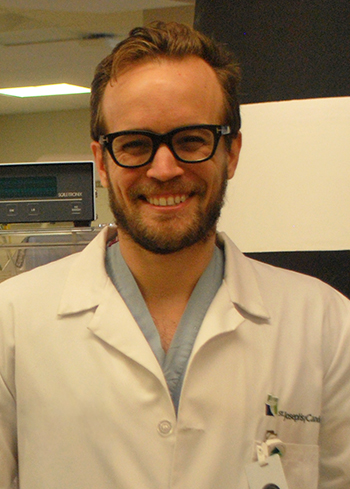 Eighty-eight percent of children who have died from vehicular heatstroke are 3 years old and younger. Fifty-four percent of that are age one and younger.

Some contributing factors include:

As stated, more than half of child vehicular deaths are accidents. But there are steps every parent and caregiver can take to not let this happen to them.

It begins by making it your routine to Look Before You Lock. “Make that part of your habitual process,” Dr. Payne urges.

Do whatever it takes to make this your routine:

“The most important thing to do is don’t wait for the driver to return, call 9-1-1 right away and get the child out of the car,” Dr. Payne says.

First, check to see if the doors are unlocked. Then try breaking a window, but away from the child.

Once the child is out of the vehicle, get the child’s clothing off and try to find an air conditioned place to wait for emergency personnel, Dr. Payne says.

You can dampen the skin with some cool water, but don’t give the child any water to drink, Dr. McLean says. A child left in a hot vehicle will suffer heatstroke before dehydration so it’s important to focus on cooling the body temperature.