What are the symptoms of menopause?

Whether you’ve been through it, are going through it or dreading it, menopause is a time in a woman's life we all must face. But, you don’t have to face it alone nor be miserable from its symptoms.

Don't just think this is a part of life and you have to deal with the symptoms,” says Dr. Nhi T. Phan, OB/GYN with St. Joseph's/Candler Physician Network. There are many things that we can do to help women deal with menopause so they can feel normal. 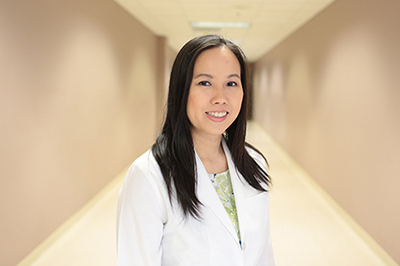 Menopause is when a woman stops having menstrual cycles. It occurs when the ovaries stop making estrogen, which is a hormone that plays a role in menstrual cycles, explains Dr. Phan. A woman reaches menopause when she goes 12 months without having a menstrual period.

Menopause typically occurs naturally, when a woman is around 51-years-old. However, there are cases where women may go into menopause much younger, even before 40, says Dr. Phan. That is called premature ovarian failure or early menopause.

The years leading up to menopause is considered perimenopause. During this timeframe, women may experience changes in their menstrual cycle, such as shorter or longer periods, heavier or lighter periods or skip periods. However, when there’s no menstrual cycle for 12 straight months, the woman is considered to be in menopause, Dr. Phan adds.

Symptoms of menopause and perimenopause can include:

Some women may experience other symptoms such as feelings of moodiness, anxiety or depression, headaches, changes in hair and skin, stiff joints or weight gain.

Unlike menopause, its symptoms do not last forever. The average span of perimenopause and menopause symptoms is 10 years, Dr. Phan says.

“Eventually every woman will go through menopause,” Dr. Phan says. “However, some women may not have as severe symptoms as others.

“OB/GYNs can help women going through menopause manage their symptoms so they can go through their daily lives without feeling miserable.”

Depending on the symptoms, there are hormone replacement therapy and non-hormonal therapy options to alleviate symptoms. For example, your OB/GYN may choose estrogen only hormonal therapy or a combined hormone therapy that contains estrogen and progestin.

Examples of non-hormonal treatments include antidepressants or oral medications, such as Gabapentin or Clonidine, which help control hot flashes and night sweats.

Dr. Phan adds that some people may choose plant/herbal supplements such as soy, black cohosh and Chinese herbal to help manage their symptoms.

If symptoms of menopause are impacting your daily activities be sure to talk to your OB/GYN about the best treatment options for you.