Lung Cancer Screening: From never hearing of it to finding his cancer

It was a typical trip to Home Depot when Thomas Burns ran into a friend. While catching up, the friend brought up a topic Thomas knew nothing about but one that would come to change his life. 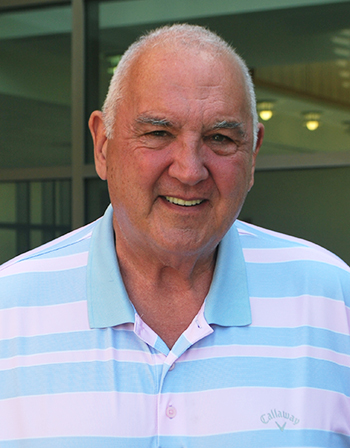 “I look at it as I’m six years older than my father was when he died. I want to go at least another 10 years so anything I can do, I’ll do it,” the 71-year-old Savannah resident says. “You want to be able to be proactive in your search and to always be aware of these newest technologies.”

Lung cancer kills more people than colon, breast and prostate cancers combined. The American Cancer Society estimates more than 228,000 new cases of lung cancer will be diagnosed in 2019, with about 142,500 deaths resulting from the disease.

Most lung cancers are detected when symptoms start to occur. Symptoms include coughing up blood, sudden shortness of breath or coughing differently than normal.

One reason for such a high number of deaths is because by the time symptoms occur and lung cancer is detected, the disease has often spread outside the lungs. Currently, three out of four patients diagnosed with lung cancer are diagnosed late, at stages III and IV, when it’s harder to treat.

In an effort to find lung cancer early, when it’s more likely treatable, high-risk patients are encouraged to have annual CT scans for lung cancer. St. Joseph’s/Candler started the Lung Cancer Screening Program to detect lung cancer at early stages, when patients are asymptomatic and the disease is localized, therefore increasing survival.

“Lung cancer screening is an annual, preventative exam,” says Benae Thompson, RT(R), Lung Screening Navigator at the Nancy N. and J.C. Lewis Cancer & Research Pavilion. “Just like women get annual mammograms, patients that qualify for lung cancer screening should do so at least once a year.”

Who qualifies for lung cancer screening? 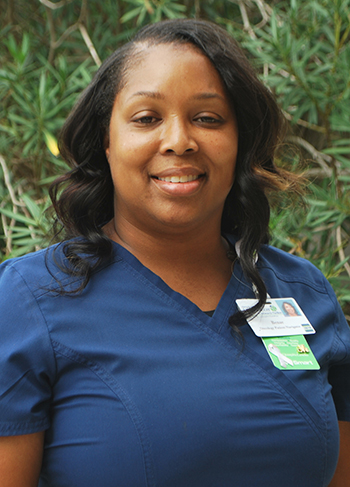 St. Joseph’s/Candler follows the Center for Medicare & Medicaid Services’ requirements in order to be screened, Thompson says. That criteria is:

Since learning about lung cancer screening, Thomas Burns has had two CT scans. The first was in February 2018. He had a second one about 14 months later. This time, the image showed a nodule and a PET-CT scan confirmed the finding.

On Sept. 18, 2019, Thomas had surgery through the da Vinci Robotic Surgical System with Dr. Marc Bailey. It was confirmed he had Stage 1 lung cancer. It had not spread to the lymph nodes, and because the cancer was found when it was, thanks to lung cancer screening, Thomas only needed to stay in the hospital two days following surgery.

He did lose about 20 percent of pulmonary function, but should regain most of it within a year. It’s certainly not slowing him down. Less than a month after surgery, Thomas was back at the Candler Wellness Center exercising and golfing twice a week.

“I want to thank all the people who helped me through this surgery – Dr. (Doug) Mullins, Dr. Bailey, Benae and all of the staff who were professional, upbeat with a sense of humor which made this surgery possible,” Thomas says. “My goal now is to live a long life with my lovely wife, Brenda.”

Thomas says he will continue having annual lung cancer screenings as long as he qualifies for them and his doctor refers him.

“It’s so easy. If you’re a smoker or you’ve been a smoker, go,” Thomas encourages. “Why play with your health with there is a chance to do something and to make sure you don’t have it or catch it early.”

A physician’s referral is required every year for lung cancer screening. The initial year also requires a shared decision making visit, which is a discussion between the physician and patient about the screening, its benefits and risks and tobacco cessation. The information gathered and documented during a shared decision making visit will determine patient eligibility into the lung screening program.

“You don’t ever want to say, ‘I should’ve. I could’ve. I would’ve,” Thomas says. “Anytime you are playing with your health, don’t fool around.”

For more information about lung cancer screening or to get assistance with a referral, call 912-819-7054.

The Lewis Cancer & Research Pavilion will host a Lung Cancer Screening Awareness Event on Tuesday, Nov. 12, from 10 a.m. to 1 p.m. at the African-American Health Information & Resource Center, 1910 Abercorn Street, Savannah, Ga. 31401. One of our lung surgeons will be on hand to answer any questions about lung cancer screening. There also will be a lung screening navigator, thoracic oncology navigator and smoking cessation pharmacist on hand to answer questions as well. Be sure to check out the interactive table to win prizes and enjoy some refreshments.