What is obstructive sleep apnea?

Does your partner complain of your snoring? Do you feel fatigued throughout the day? These are signs of sleep apnea, a serious condition that should not be ignored.

Sleep apnea is a breathing disorder characterized by brief interruptions of breathing during sleep. It’s considered abnormal when a person stops breathing for a minimum of five times an hour while sleeping, says Dr. James Daly, medical director of Southeast Sleep Disorders Center and pulmonologist with Southeast Lung Associates. 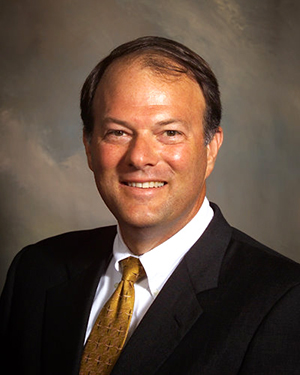 There are three types of sleep apnea – obstructive, central and complex.

Central sleep apnea occurs when the brain fails to send the right signals to the muscles to start breathing.

Complex sleep apnea is a mix of symptoms found in both central and obstructive sleep apnea.

It’s estimated more than 20 million Americans have sleep apnea. It happens in all age groups and both genders, but is more common in adults, especially men.

The most common cause of acquired sleep apnea is being overweight or obese because weight on the throat can disrupt air flow, Dr. Daly says.

Additionally, heavy alcohol use doubles your risk of sleep apnea. Taking sleeping pills or narcotic medicine that affects your ability to wake up, increases the severity of sleep apnea, Dr. Daly adds.

In children and younger adults, enlarged tonsils and adenoids commonly cause sleep apnea.

Many of Dr. Daly’s patients have a strong family history of sleep apnea. Dr. Daly believes that many inherit the anatomy of our nose, throat, jaw and tongue, which ultimately leads to the development of obstructive sleep apnea.  We just don’t look like our parents on the outside but also on the inside of our bodies, Dr. Daly says.

“You never hear someone say, ‘You got your dad’s tongue,’ but you do and it can cause sleep apnea,” Dr. Daly says.

Weight also plays a role in those predisposed to sleep apnea because the more you weigh, the earlier sleep apnea begins and the worse it is, Dr. Daly says. Modifying your lifestyle to include more exercise, a healthy diet, and good weight management can prevent or delay the onset of sleep apnea.

Quiz: How much do you know about sleep apnea?

What are the symptoms of sleep apnea?

Symptoms of sleep apnea include:

How is sleep apnea diagnosed?

Oftentimes, a patient doesn’t know he or she has sleep apnea, Dr. Daly says. It takes a spouse, partner or family member to tell them. In severe cases, sleep apnea is discovered after a major event such as a stroke or heart attack.

Someone showing signs of sleep apnea will first see a primary care physician who can make a referral to a sleep specialist, such as Dr. Daly. Typically, sleep specialists are pulmonologists, and occasionally neurologists, trained in sleep medicine.

Then, the patient will undergo a sleep study. There are different types of sleep studies – those you can do at home or at a sleep lab – the selection of the type of study is determined by your sleep specialist in the context of your health status.  A polysomnogram is a test done in a sleep lab that records activity of the brain, eye movement, muscles, heart rate, respiratory effort, air flow, leg movements, and blood oxygen levels. A video recording is also made to detect sounds and movement issues during sleep.  The physician will read the results of the test to diagnose a type of sleep apnea or other sleep disorder which may also be present.

How is sleep apnea treated?

The first line of therapy for obstructive sleep apnea is a CPAP machine. Standing for continuous positive airway pressure, a CPAP machine includes a mask that typically sits under the nose and increases the air pressure in the throat to prevent the airway from collapsing. The machine also includes a filter and small tank of water (for humidification) and a tube that connects the unit to the mask. Masks come in all types and sizes but Dr. Daly recommends the newer, smaller masks which are generally more comfortable.

“CPAP is the most effective treatment for sleep apnea. In fact, it’s the only treatment I know that’s 100 percent effective plus it’s inexpensive and has no side effects,” Dr. Daly says.

Dr. Daly does add that while it’s very effective, it’s not always 100 percent successful because it does take effort from a patient to wear the CPAP mask every night and keep the machine clean. 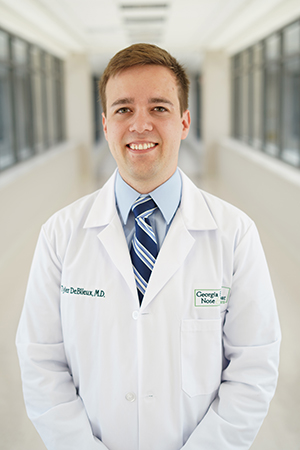 Dr. Daly also admits that CPAPs in the past were very difficult but a lot has changed in the last 10 years. Models today are silent, apply pressure more comfortably, and the masks have improved to not be as cumbersome and uncomfortable, Dr. Daly says.

“Many people diagnosed years ago who couldn’t tolerate CPAP and stopped and have been living their lives suffering should give it another look. Talk to your doctor. It might save your life.”

However, there are still some patients that find the CPAP machine burdensome and simply cannot tolerate the mask, says Dr. Tyler DeBlieux, an otolaryngologist with Georgia Ear, Nose & Throat Specialists. Those patients would see an otolaryngologist (an ear, nose and throat specialist), such as Dr. DeBlieux, for surgical options.

There are certain types of surgeries to fix a deviated septum or open the nose slightly so the patient can then tolerate the CPAP mask.

For patients wanting to avoid a CPAP machine altogether, there are newer technologies available. Traditionally, sleep apnea surgeries involved a lot of rearranging tissues in the back of the throat, Dr. DeBlieux says. The surgery involved a long recovery period and did not guarantee a cure for sleep apnea.

Within the last 10 years, a new technology has been developed called hypoglossal nerve stimulator. It is an implanted device, similar to a pacemaker that electrically stimulates the hypoglossal nerve that controls the movement of the tongue. Every time you breathe in, the device fires a signal to the nerve and it pulses the tongue forward to open the entire airway, Dr. DeBlieux explains.

The stimulation does not cause pain. It’s also controlled by a remote, so you can turn the device on before going to sleep. It starts working within 30 minutes of being turned on.

Why is it important to treat sleep apnea?

Sleep apnea is not a condition that should be ignored or tolerated without treatment. Moderate to severe sleep apnea left untreated has been associated with:

“It’s very important to find a way to treat sleep apnea, which is why many insurances will pay for treatment, because we don’t want you to have a stroke or heart attack,” Dr. DeBlieux says. “Sleep apnea should be taken seriously and not ignored.”

If you or a loved one are showing signs of sleep apnea, talk to your primary care physician.