Respiratory syncytial virus is most common in the very young, but anyone can get this highly contagious virus

As if the flu wasn’t enough, there’s another virus circulating that needs to be on parents’ radars this winter. It’s respiratory syncytial virus, or RSV.

RSV is a common respiratory virus that usually causes mild, cold-like symptoms, especially cough and a running nose, explains Dr. Richard Callan, a pediatrician with Coastal Pediatrics in Savannah and Pooler. Most people recover in a week or two, but RSV can be serious, especially for high-risk populations including infants and older adults. 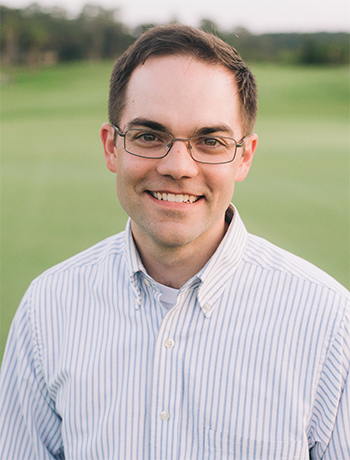 In fact, the Centers for Disease Control and Prevention reports on average RSV leads to 2.1 million outpatient visits and 57,500 hospitalizations among children younger than 5. In adults older than 65, RSV annually results in nearly 177,000 hospitalizations and 14,000 deaths.

“RSV is highly contagious, but no more so than the flu,” Dr. Callan says. “However, it is something that can send kids to the hospital. It’s really important to identify high-risk populations – premature babies and those younger than 6-months-old especially – and take precaution.”

At St. Joseph’s Hospital and Candler Hospital, we’ve seen an increase in RSV cases this winter compared to year’s past, especially in older adults.

RSV most commonly occurs in wintertime and early spring months. It can occur in outbreaks in communities, classrooms or childcare centers.

“Imagine a classroom with young kids with running noses and touching and sharing toys. It can spread easily,” Dr. Callan says.

Who’s at risk of getting RSV?

RSV can affect a person of any age; however, symptoms tend to be more severe in the very young and very old. Those at highest risk of serious illness include:

“I tell parents they may have had RSV before, but just had a stuffy nose and cough and the symptoms passed fairly quickly,” Dr. Callan says. “The virus never caused inflammation of the lungs, which is more likely to happen in the very young population that is still developing and growing.”

The inflammation of the lungs that parents and pediatricians worry about resulting from RSV is called bronchiolitis, Dr. Callan explains. RSV is the most common cause of bronchiolitis and pneumonia in children younger than 1. It’s also a significant cause of respiratory illness in older adults.

What are the symptoms of RSV?

Someone infected with RSV will start to experience symptoms within two to five days of coming in contact with the virus. Early symptoms are often mild, such as running nose and cough, but can develop into increased breathing and respiratory illness, Dr. Callan says.

The most common symptoms of RSV include:

Some of these symptoms may sound familiar to the common cold or the flu. Whenever you or your child experience any of these symptoms, be sure to see your doctor for a proper diagnosis and treatment.

How do you treat RSV?

There is no specific treatment for an RSV infection. Antibiotics do not treat RSV, and researchers are currently working to develop vaccines and antivirals to fight RSV.

The good news is that most symptoms can be managed with over-the-counter medications and go away on their own within a week or two.

While at home, parents can help decrease complications from RSV by frequent nasal suction with a bulb suction. If secretions are particularly thick, parents could assist suctioning by applying saline nasal spray or drops, Dr. Callan says. Staying hydrated also is very important.

If left untreated, RSV can lead to severe breathing illnesses and pneumonia. This may become life-threatening. RSV in infants has even been linked to asthma later in childhood.

Can RSV be prevented?

Currently, there is no vaccine to try to prevent RSV. But, there are steps you can take to help reduce the spread of the virus, especially if you have cold-like symptoms. Be sure to:

Related Article: Want to avoid getting sick this winter?

“I also warn parents if an older sibling has a cold and there’s a baby in the house, try to be careful with the love they share until the sickness goes away,” Dr. Callan adds.

If you have a child at high risk for severe RSV infection, talk to your healthcare provider. A drug called palivizumab may be appropriate to try to prevent severe RSV illness in certain infants and children at high risk.

Related Article: Parents: Has your child got a flu shot yet?