If you or someone you know chronically experiences shortness of breath or constant coughing, you may want to talk to your doctor about COPD – especially if you have a history of smoking. 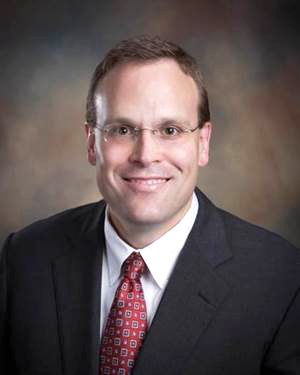 Chronic obstructive pulmonary disease is a common, preventable and treatable group of diseases that are characterized by persistent respiratory symptoms and airflow limitations that make it hard to breathe. COPD includes chronic bronchitis and emphysema.

COPD affects millions of Americans and is the third leading cause of disease-related death in the United States, according to the American Lung Association.

“COPD is basically a slowly progressive form of lung disease usually caused by inhalation of noxious chemicals that cause a person to become short of breath and have cough with sputum (a mixture of saliva and mucus coughed up) or wheezing,” Dr. Perkins explains.

The No. 1 cause of COPD is cigarette smoke. About 90 percent of people with COPD are smokers or former smokers, the American Lung Association reports.

COPD also has a genetic component where some people who smoke or even non-smokers are more prone to get COPD than others, Dr. Perkins says.

A small percentage of people can get COPD from exposure to fumes or dust in their occupation. In underdeveloped countries, indoor burning of biomass fuel also can lead to COPD.

2. Who is most at risk of getting COPD?

The biggest risk factor for COPD is smoking. If you smoke, now is the time to stop. St. Joseph’s/Candler can help with its Comprehensive Tobacco Cessation Program. Learn more on our website.

3. What are the symptoms of COPD?

COPD symptoms can vary from person to person but may include:

“COPD is treatable so any individual who is at risk and has symptoms of possible COPD should be evaluated for this ASAP,” Dr. Perkins says. “The earlier the medical intervention the better.” 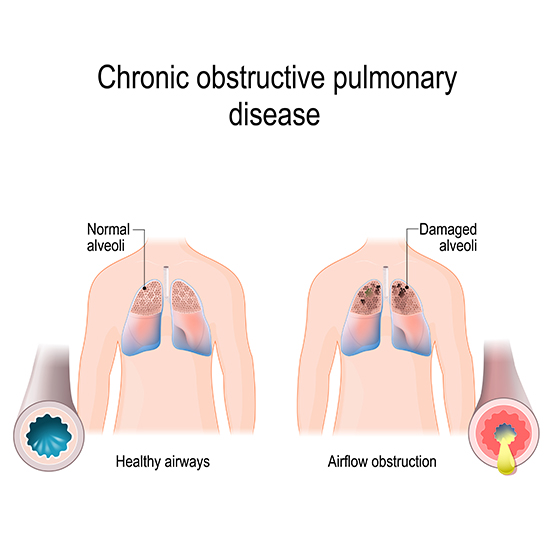 There are several treatment options for COPD depending on the severity of your disease. COPD is diagnosed ranging from Stage I: mild to Stage IV: very severe.  Your doctor will help you determine the best course of treatment. This may include:

Related Article: Pulmonary rehab can be a breath of fresh air for patients with lung conditions

For the most severe, late-stage COPDs, your physician may recommend surgery, if you are a good candidate. There are different types of surgeries to treat COPD such as Bullectomy, which removes one or more bullae or blebs from the lungs, or Lung Volume Reduction Surgery, which removes a portion of the diseased lung tissue.

A relatively new, minimally-invasive option for late-stage COPD is being performed right here at St. Joseph’s Hospital. Learn more about it in Thursday’s Living Smart blog.

5. Can COPD be prevented?

COPD can be prevented, and the best way to do so is stop smoking or never start.

“Onset of lung function abnormality will typically occur in the 40s or 50s and symptoms will begin in the 50s or 60s,” Dr. Perkins says. “So stopping smoking early is very important.”

Dr. Perkins also advises the use of proper masks or respirators in occupations that involve inhalation of toxic fumes or particles.

If you or a loved one are at risk of COPD or are experiencing any symptoms, it’s important to talk to your doctor right away. If caught early, COPD can be treated so you can continue to experience a nice quality of life without shortness of breath and constant coughing.