What exactly is a polyp?

You do the right thing and go every 10 years (or sooner if your doctor orders it) for a colonoscopy. Afterwards, the gastroenterologist says there were some polyps along your colon or rectum lining.

Should I panic? The majority of the time the answer is no.

A polyp is a growth in the lining of the colon or rectum that if left in place can potentially turn into cancer, explains Dr. Travis Wiggins, gastroenterologist with Gastroenterology Consultants of Savannah. 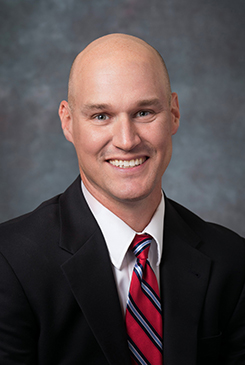 But finding a polyp – most often through colonoscopy – doesn’t always mean you have cancer. In fact, Dr. Wiggins says polyps are extremely common and found in 30 to 50 percent of patients undergoing a colonoscopy.

“Polyps come in a wide variety,” Dr. Wiggins says. “Some polyps (called adenomas) have the potential to become cancerous over time. Others have little to no potential for turning into cancer, hyperplastic polyps.”

Additionally, the ones that could become malignant take many years, some studies suggesting seven to 10 years, Dr. Wiggins says.

The other good news is that the overwhelming majority of polyps can safely and completely be removed during colonoscopy. Newer devices and techniques that have become available over the last decade enable gastroenterologists to remove 95 percent of all polyps via colonoscopy, Dr. Wiggins says.

That’s why starting routine colonoscopies at age 50 – or sooner if there’s a family history – is so important. Your doctor can find any polyps and remove them before there’s any chance of becoming cancerous.

“Colon cancer is unique among other cancers in that it is potentially preventable by detection of precancerous polyps and subsequent removal,” Dr. Wiggins says. “Colon cancer screening in the U.S. is a public health success story. Over the recent decades, we have seen a gradual decline in overall cancer rate largely due to large population screening initiatives, chief among these is colonoscopy.”

Still, colon cancer is the third most common cancer diagnosed in the United States in both men and women (excluding skin cancers). Many could have been prevented or found earlier through screening.

Individuals with no family history of colorectal cancer or colon polyps should start screening at age 50 either with stool-based tests or, most recommended, colonoscopy, Dr. Wiggins says. Depending on the findings, most people need a colonoscopy every 10 years.

Those with a first-degree family member with colon cancer need to undergo colonoscopy beginning at the age of 40, or 10 years earlier than the diagnosis of that family member. Dr. Wiggins also points out that those individuals need a colonoscopy and that stool-based tests are inappropriate for those at elevated risk.

When it’s time for your colonoscopy, don’t put it off. It could save your life.

You may also want to read: