“Some of my patients complain of weakness, but their strength is actually normal,” says Dr. Jill Trumble, neurologist with St. Joseph’s/Candler Physician Network – Neurology and Medical Director of the SJ/C Movement Disorders Program. “It is their slowness of movement that makes them feel like they are weak.” 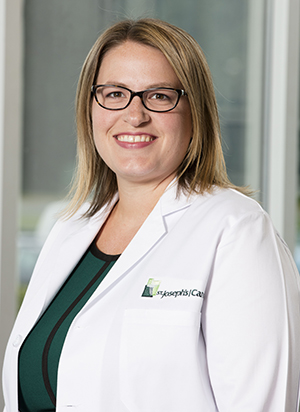 Slowness of movement, also known as bradykinesia, is one of four symptoms associated with Parkinson’s disease. The other three are tremor or trembling, stiffness or rigidity and problems with balance and falls.

Parkinson’s disease, a progressive disorder of the nervous system, affects more than 10 million people worldwide. There’s currently no cure for the disease because, although there are some theories, the cause is still unknown.

“The only thing that has shown in clinical trials to slow the progression of Parkinson’s is physical activity,” Dr. Trumble says. “It’s that important.”

Dr. Trumble has seen in her own patients how exercise improves symptoms and slows the progression of the disease. Some of physical activities recommended for Parkinson’s patients include:

“It does take encouragement. Some people don’t like exercise,” Dr. Trumble says. “But once they start, they feel a lot better. They see the improvement and then they start to get into it.”

As with any new exercise routine, patients should discuss it with their healthcare team before starting.

COMING SOON: If you are someone living with Parkinson’s disease or another movement disorder, you may be interested in our 2022 Movement Disorders Program Seminar. It’s going to be held Friday, April 8, from 10:30 a.m. to 3 p.m. at the Armstrong Center. It’s free and available in person or via Zoom. Learn more and register here.