Look Before You Lock: Preventing vehicular heatstroke in children left in hot vehicles

No parent ever thinks it would happen to them – leaving their baby in a hot car. But sadly, it happens.

Nearly every state in the U.S. has experienced at least one death since 1998. (Thirty-seven have been reported in Georgia; 22 in South Carolina.)

The majority of the time, it was an accident. The most dangerous mistake a parent or caregiver can make is to think leaving a child alone in a vehicle could never happen to them. 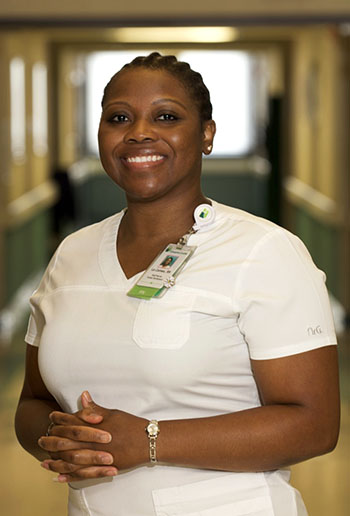 “I don’t want parents to be so confident in thinking it’ll never happen to them, because that’ll be the one time it happens. It can happen to anyone,” says LaCameo Miller, Telfair BirthPlace nurse at St. Joseph’s/Candler. “It’s almost always an accident because someone got out of routine. It happens to ordinary people that have switched up their routine or thought the wife had the kid and just forgot.”

In more than half of vehicular heatstroke cases, the person responsible for the child’s death unknowingly left the child in the vehicle. In most cases, it’s a loving, protective parent.

Why this happens: The heat in the car

The inside of a vehicle heats up very quickly. For example, on a 95 degree day, the inside of a car can reach more than 100 degrees in a matter of minutes.

According to kidsandcars.org, 80 percent of the increase in temperature happens in the first 10 minutes, and the outside temperature doesn’t matter. Children have died from vehicular heatstroke in temperatures as low as 60 degrees.

“Even if you are going into the store for a minute or to just drop something off, don’t do it. Get your baby out of the car,” Miller says. “Don’t leave the windows down; don’t leave the car running. Take your child with you.”

Eighty-eight percent of children who have died in vehicular heatstroke are 3-years-old and younger. Fifty-four percent of those are age one and younger.

“Think about a 2 or 3-year-old who can buckle in and out and are verbal, they’re going to be ready to get out when you do, but versus a three month old, who’s just going to lay there and sleep,” Miller says. “And in a lot of situations, they are still young and small enough to be rear-facing. When a child is front facing, you can see them in the mirror.”

Some contributing factors include:

As mentioned, more than half of child vehicular deaths are accidents. But there are steps every parent and caregiver can take to not let this happen to them.

It is known as “Look Before You Lock,” and it’s something our Telfair BirthPlace nurses go over with parents.

“Basically it means, before you get out of the car, ask yourself, ‘Where is baby?’ and look,” Miller says.

Do whatever it takes to make this your routine. Miller has some suggestions:

“We just want you to do something that works for you that is going to remind you to always check the back seat,” Miller says.

The most important thing is to call 9-1-1 right away. Don’t wait for the driver to return and try to get the child out of the car.

First, check to see if the doors are unlocked. Then try breaking a window, but away from the child.

Once the child is out of the vehicle, get the child’s clothing off and try to find an air conditioned place to wait for emergency personnel.

You can dampen the skin with some cool water, but don’t give the child any water to drink, experts advice. A child left in a hot vehicle will suffer heat stroke before dehydration so it’s important to focus on cooling the body temperature.