What are the signs of sepsis?

September is Sepsis Awareness Month. But at St. Joseph’s/Candler, we want you to be aware of sepsis year round.

That’s because 65 percent of U.S. adults have never heard of sepsis, according to a 2021 Sepsis Alliance survey. 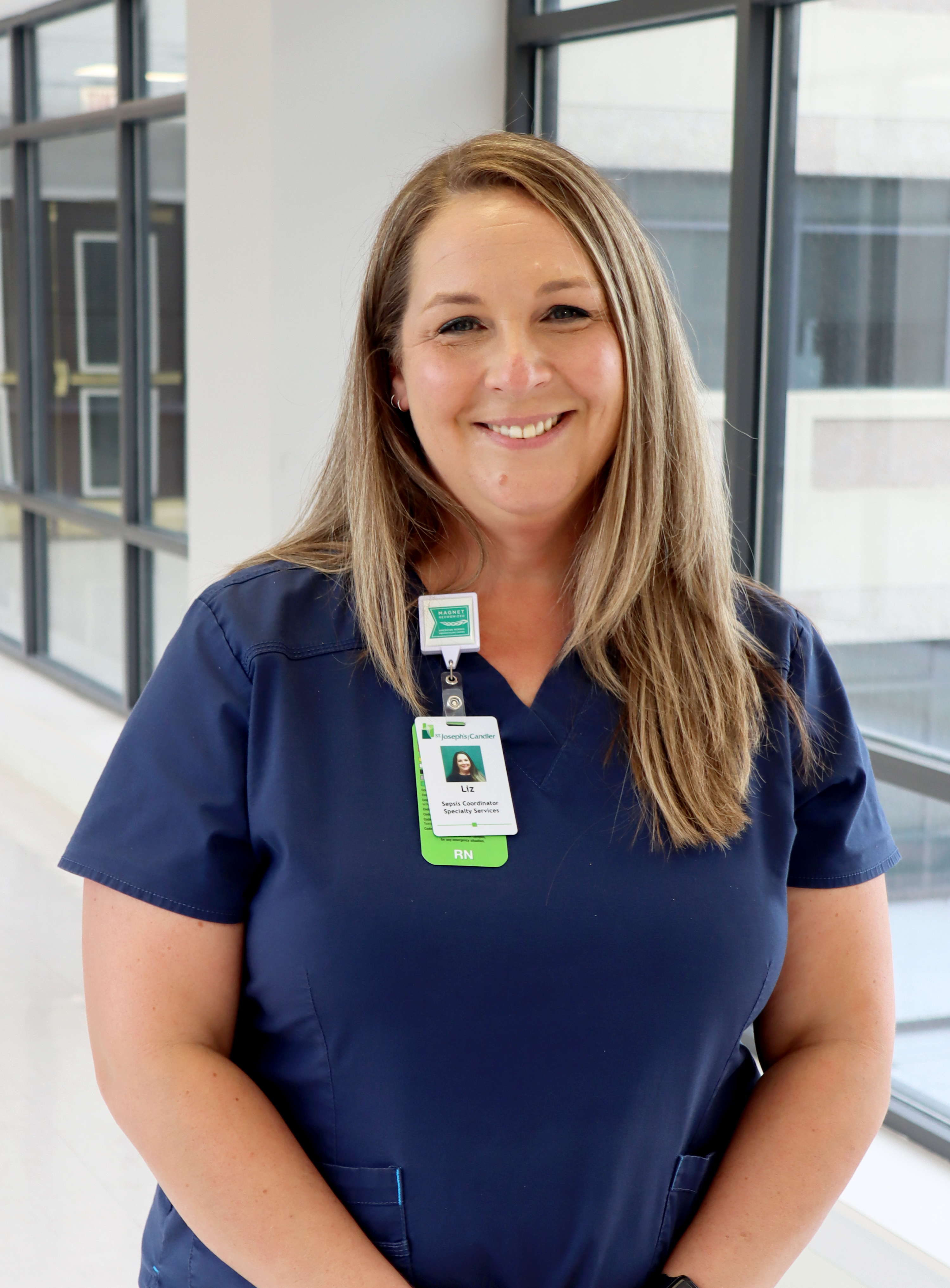 “Sepsis is a get to the emergency room situation,” says Liz McClellan, St. Joseph’s/Candler nurse and sepsis coordinator. “Sepsis is considered an emergency just like a heart attack or stroke.”

Sepsis is the body’s overwhelming response to an infection (such as a wound, UTI or pneumonia), which can lead to tissue damage, organ failure and death. Like strokes and heart attacks, sepsis is a medical emergency that requires rapid diagnosis and treatment.

Anyone with an infection can get sepsis, but some people are at higher risk including the very young, the elderly, those with certain chronic diseases, such as cancer or liver disease, or a weakened immune system.

Sepsis is common in the United States with an estimated 1.7 million cases a year. The condition kills more people in the U.S. than prostate cancer, breast cancer and opioid overdoses, combined, and kills more children than pediatric cancers, according to the Sepsis Alliance.

“It’s a very real and serious thing,” McClellan says. “It could start with something as common as an UTI that you don’t think can make you that sick, but it can become very, very serious.”

Unfortunately, there is no single sign or symptom of sepsis. We know it starts with an infection. If that infection has advanced to sepsis, symptoms may include one or a combination of the following:

If you develop a combination of the following symptoms you should seek emergent care:

I – Infection: May have signs and symptoms of an infection

So if you feel something isn’t right, especially if you have an infection, you should get to the emergency room immediately.

“Every hour that treatment is delayed, mortality of patients actually increases from four to eight percent every hour that you don’t seek treatment,” McClellan says. “It is a medical emergency, and you can die from it.”

“Both of our emergency departments are trained to recognize the signs of sepsis, and they are trained to alert the physician and start treatment as quickly as possible,” McClellan says, who was an emergency room nurse prior to becoming sepsis coordinator.

Treatment typically consists of antibiotics and fluids, McClellan says.  The antibiotics fight the infection while the fluids work to help your blood provide oxygen and nutrients to your body’s tissues and organs.

Delaying treatment can lead to other complications including amputation and mental decline. Untreated sepsis can lead to renal failure, heart failure, cause damage to other vital organs or even death.

“Recognizing the signs early if you are fighting an infection at home and getting to the emergency room quickly is definitely beneficial to the patient,” McClellan says.

It’s not always possible to prevent sepsis, but there are steps you can take to try to prevent acquiring an infection including:

It’s also important to keep in mind that you can develop sepsis without even knowing you have an infection. That’s why it’s so important to pay attention to your body and when you think something is wrong seek care. 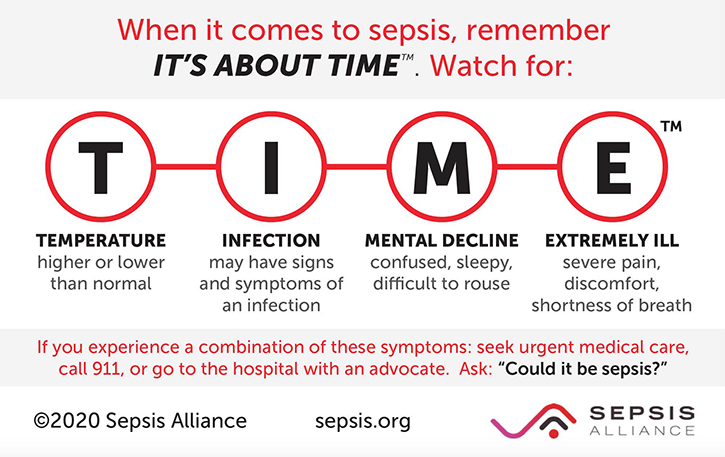