On June 30 1875, the Sisters of Mercy took over the Forest City Marine Hospital at East Broad and Gordon streets.

During the last 140 years St. Joseph’s Hospital has grown from a ramshackle, 12-room building to the technologically advanced 330-bed medical center of today. 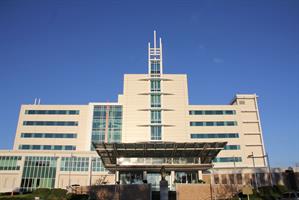 “On this day we recognize not only one of the oldest hospitals in the nation, but also how the Sisters of Mercy have been visionaries for healthcare and for the betterment of our community,” said Paul P. Hinchey, President & CEO of St. Joseph’s/Candler. “The astounding growth and history of St. Joseph’s Hospital mirrors the growth of Savannah and our region. We are proud to be an anchor of the community and to provide the latest medical treatments to her residents.”

The Sisters of Mercy took over the Forest City Marine Hospital on June 30, 1875. They were almost immediately hit with the Yellow Fever epidemic and the need to find a bigger space, which they found at Taylor and Habersham Streets.

That was home for St. Joseph’s Hospital until Sr. Cornile Dulohery made the historic decision to move to Savannah’s developing southside, where it opened in 1970. In 1997, St. Joseph’s entered into a joint operating agreement with Candler Hospital to create the St. Joseph’s/Candler Health System.

Tuesday, the St. Joseph’s/Candler family and the Sisters of Mercy will celebrate this momentous day. There will also be a Mass of Celebration in the Riley Chapel on St. Joseph’s Campus.

From the days of battling Yellow Fever, St. Joseph’s Hospital has grown into a technological wonder. It houses three centers of excellence: The Institute for Neurosciences, The Heart Hospital and The Institute for Advanced Bone & Joint Surgery.

During the past few years St. Joseph’s Hospital has housed some first-of-a-kind medical procedures. In 2007 the hospital was the first in the region to use the da Vinci robotic surgical system. In 2013, it was the site of the region’s first minimally invasive Transcatheter Aortic Valve Replacement. 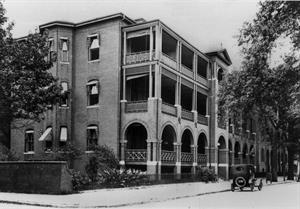 This year the hospital will see the completion of a $15 million interior and exterior renovation.

1875-1876 - Responding to the plight of sick seamen, the Sisters of Mercy are contracted to operate the Forest City Marine Hospital. Better facilities and more space soon prompted a move to Taylor and Habersham streets. The hospital was renamed St. Joseph's Infirmary.
1901 - The hospital expanded (the Annex); the name became St. Joseph's Hospital.
1913 - The Flannery Memorial Wing opened.
1950s - St. John's Hall (the city's first psychiatric unit) and an obstetrical clinic for families with limited incomes opened.
1960-1970 - The Sisters of Mercy moved the hospital from its downtown location to the city's spacious southside, an area with high growth potential. The seven-story structure, situated on 28 acres, was dedicated on August 15, 1970.
1981 - St. Joseph's opened the city's first Ambulatory Care Center.
1986 - Hospital surgeons won the right to perform open heart surgery at St. Joseph's.
1997 - St. Joseph's Hospital entered into a joint operating agreement with Candler Hospital and together formed St. Joseph's/Candler, the region's largest and most experienced health care provider.
2007 – Became the first in the region to operate using the da Vinci robotic surgical system.
2008 – Opened a technologically advanced 13,000 square foot Neuro Intensive Care Unit.
2013 – Became the first in the region to perform the minimally invasive Transcatheter Aortic Valve Replacement.
2015 – Completed a $15 million interior and exterior renovation.