As popular as St. Joseph’s/Candler’s SmartWomen Luncheon & Expo is every year, its original format which gathers 1,400 inside the Savannah Convention Center to hear an inspiring, nationally-known speaker had to be postponed due to the COVID-19 pandemic.

Yet the need for assistance for women who can’t afford an annual mammogram or other breast health services cannot be postponed.  SmartWomen raises money for the Telfair Mammography Fund, which is needed now more than ever as women and men in our community experience layoffs and other hardships as a result of the pandemic. 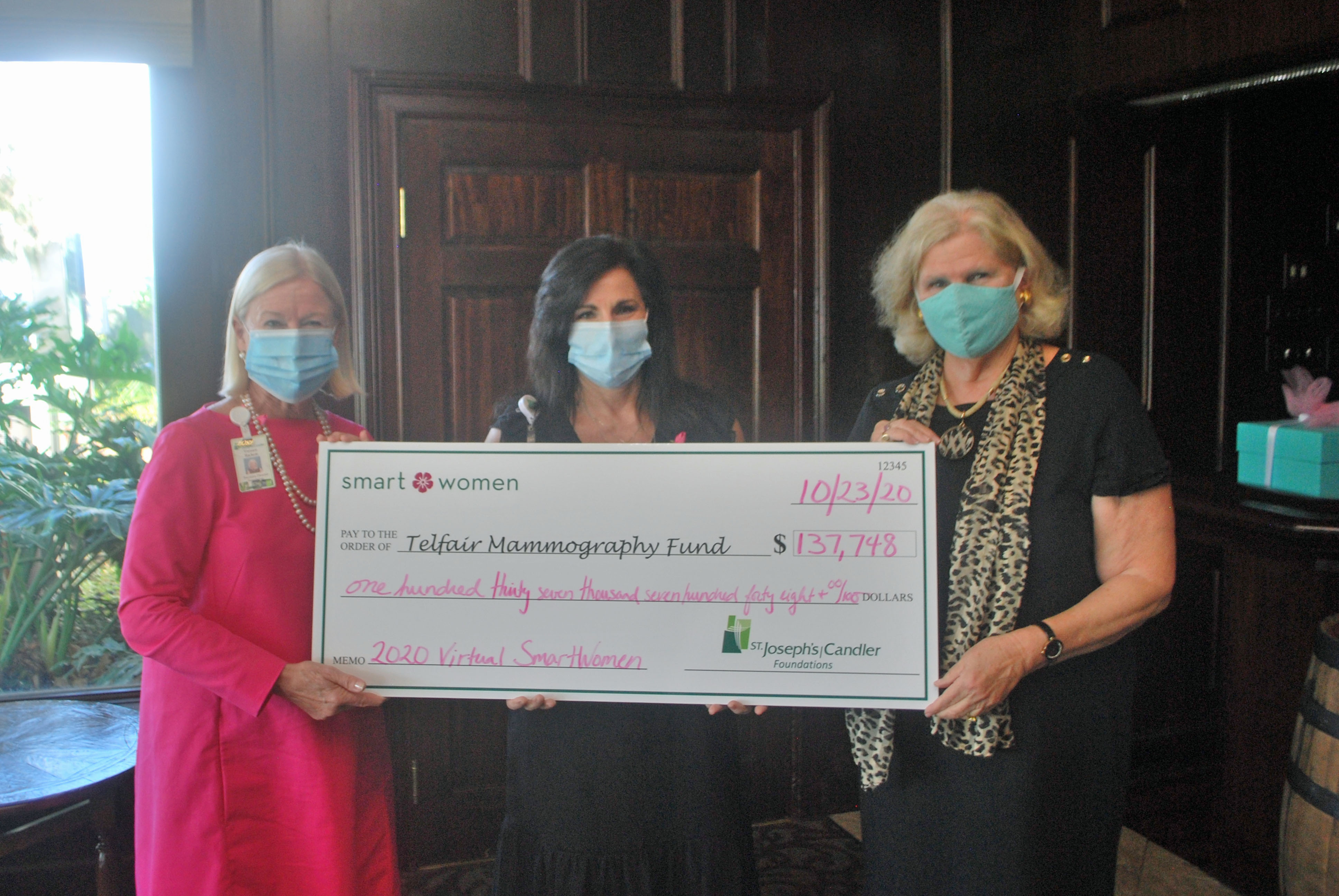 With a $100,000 goal, the month-long online event raised $137,748 with the help of 18 dynamic women who told their inspiring stories and the generous support of sponsors, including title sponsor Savannah Chatham Imaging.

“Every penny will help uninsured and underinsured women get their mammograms,” said St. Joseph’s/Candler President & CEO Paul P. Hinchey. “We never want any woman in our region to miss getting their mammogram because they don’t have insurance or can’t afford to pay. And as much as COVID-19 has affected all of our lives, we could not let it stand in the way of refilling this fund.”

To go virtual, St. Joseph’s/Candler invited 18 smart women from right here in Savannah and the Low Country to speak to our community just as our past keynote speakers have—telling their inspiring stories as only they can. But their talks were in videos shared through social media, on St. Joseph’s/Candler’s website, and by SmartWomen’s media partners throughout the month of September. Each video gave the viewer the chance to donate to the Telfair Mammography Fund.

You can still see their videos at sjcsmartwomen.com. All the videos were graciously produced by WTOC.

“The people in our community responded in an amazing fashion to the virtual SmartWomen event,” said Monica McGoldrick, SmartWomen chair. “Clearly these 18 local women were inspiring and led so many to donate to the Telfair Mammography Fund. We exceeded our goal and are immensely thankful. Now, we can ensure that many women will receive their needed mammograms.”

In our region, approximately 20 percent of the population is uninsured or underinsured. The goal of the Telfair Mammography Fund is to ensure that all women have access to mammography and other breast health services, even if they have no insurance or high deductibles or copays. The SmartWomen Luncheon & Expo has raised hundreds of thousands of dollars for the Telfair Mammography Fund to meet this goal since its inception 18 years ago.

The women featured this year: