The SmartWomen Luncheon & Expo smashed records and raised $195,176 through event proceeds and donations so that women who are uninsured or underinsured can receive lifesaving mammograms and other breast health services.

Held in January this year, SmartWomen is an annual fundraiser for St. Joseph’s/Candler’s Telfair Mammography Fund, which provides mammograms and other breast care services for those who cannot afford those services. 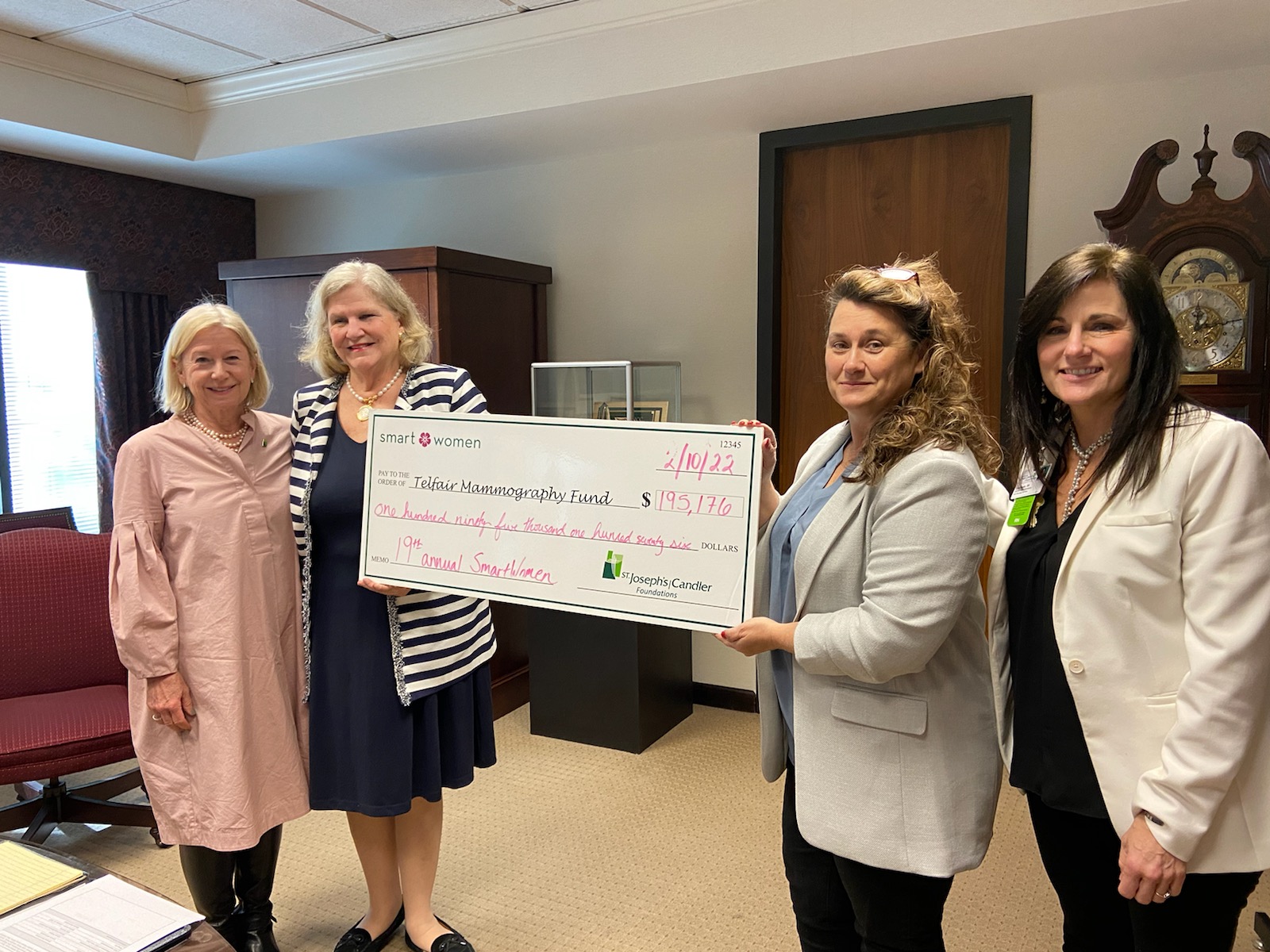 “Each year we see more uninsured and underinsured women in need of the services provided by the Telfair Mammography Fund. And, with the challenges many experienced with the pandemic, we know that number will grow even more,” said St. Joseph’s/Candler President & CEO Paul P. Hinchey. “We do not want women skipping their mammograms because they don’t have insurance or they can’t afford their co-pay. I want to thank the entire community for coming together and helping us raise these funds.”

The next SmartWomen Luncheon & Expo will take place Oct. 12.

In our region, approximately 20 percent of the population is uninsured or underinsured. The goal of the Telfair Mammography Fund is to ensure that all women have access to mammography and other breast health services, even if they have no insurance or high deductibles or copays. The SmartWomen Luncheon & Expo has raised hundreds of thousands of dollars for the Telfair Mammography Fund to meet this goal since its inception.

“This year’s SmartWomen was such a terrific event with actress Vicki Lawrence,” said Monica McGoldrick, Chairwoman of SmartWomen. “But even more amazing were the people who attended, the volunteers and the sponsors who helped us make it so successful. They truly helped give a lot of women access to mammograms regardless of their ability to pay.”