Women who are expecting a child need the influenza vaccine

Flu season in Savannah is around the corner, and just like its predecessors, the 2014 flu season will be different from anything that came before it. This is why the Centers for Disease Control and Prevention (CDC) recommend that people older than six months receive the flu vaccine every year. In the United States, flu season can begin as early as October and sometimes last until May. The people at the highest risk for developing the flu include children under the age of 5, adults 65 and older, and pregnant women. 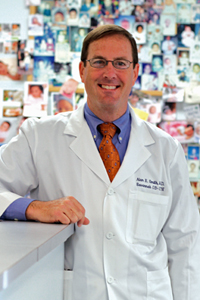 Yet, among that last group, physicians have seen some hesitation about receiving the vaccine.

“Unfortunately, there has been resistance from some of my pregnant patients to the flu shot,” says Alan Smith, MD, of Savannah OB/GYN. “Sometimes I feel that I have to talk my patients into receiving one.”

When discussing the vaccinations with his patients, Dr. Smith first reassures them that the flu shot is safe and will not get them sick.

“A flu shot is a killed-virus vaccine,” Smith explains. “A pregnant woman would not receive the live virus, so there is not a risk of transmission of the flu.”

(Dr. Smith notes that the nasal spray flu vaccine, unlike the flu shot, is a live virus. Therefore it is not recommended for pregnant women.)

Another misconception that Dr. Smith often encounters is the perceived link between vaccines and autism in children. While the physician who proposed this link has since been discredited, the perception still lingers. Meanwhile, the true risks of the flu vaccine are considered minimal.

“Some people experience allergic reactions to a flu shot, while others may just feel under the weather for a couple of days,” Smith says.

In contrast, actually developing the flu can put a pregnant woman and her unborn child at great risk.

“A woman’s immune system is altered during pregnancy, and the flu in pregnant women can be more severe,” Smith says. “The high fever associated with flu can also be damaging to the fetus. There is also the very real risk of dying from flu complications.”

Weighing the benefits against the risk, Smith strongly concurs with the recommendations of the CDC, which are also supported by the American Congress of Obstetricians and Gynecologists.

“A pregnant woman should absolutely receive the flu shot,” Smith says. “There are several other vaccines available that we do not give to pregnant women because they’re unsafe for them. But the flu shot is not only safe, it is necessary.”