Like the rest of the nation, Savannah in the 1960’s was in a tumultuous state of social change. A teenage girl named Leah Sears was right in the middle of it.

“I had a great family that supported me, but I had to muddle through the problems that you would expect to see in that time,” she says. “If you were a teenage black girl growing up in the deep South, you weren’t supposed to amount to anything.” 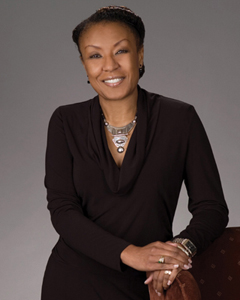 Sears, known today as the first African-American woman to serve as chief justice of any state supreme court in the United States, obviously had different plans.

She was fascinated and inspired by the U.S. Supreme Court cases that became civil rights landmarks, such as Brown v. Board of Education, which declared the segregated schools were unconstitutional, and Loving v. Virginia, which ended legal restrictions on the marriage of interracial couples.

“Very early on, I saw law as a path to make the changes that needed to be made in this country,” Sears says.

Sears was the first black cheerleader at Savannah High School, one of many “firsts” she would achieve in her life. She transferred to Beach, graduating a year early, and then studied as an undergraduate at Cornell University.  After graduation, she met and married her first husband, with whom she had two children. She graduated from law school at Emory University in 1980 and then worked in a law firm in Atlanta before serving as a judge in the City of Atlanta Traffic Court. 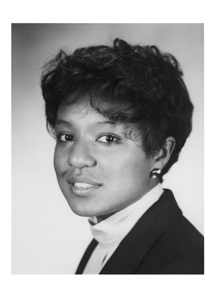 “It was time for a woman to be on the court,” recalls Sears. “But for me to also be young and black and to win that seat—that was kind of a shock.” 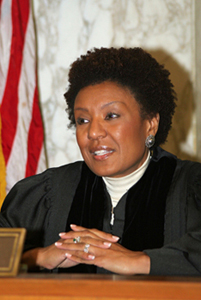 During Justice Sears’ tenure, notions of gender, age, and race became irrelevant next to her reputation as an astute, thoughtful, and committed judge. Those qualities, however, would lead her to break new ground once again. In 2005, she was elected by her fellow justices to be the chief justice. She was the first African-American woman in any state to serve in that position.

“Being voted chief justice by my colleagues made me very happy and proud,” Sears says. “That was a great honor.”

Sears retired from the bench in 2009, and now works in private practice at Schiff Hardin LLP. She lives with her current husband in Atlanta and is as busy—and dedicated to the rule of law—as she has ever been.

“I’m working harder than ever and I love it,” she says. “You can do so much with law if it’s not just about making a new dollar bill. It’s about changing lives and doing good for people.”

Mom’s Support Is A Love Supreme

As a judge, Justice Leah Ward Sears was known to be well prepared, intellectually driven, and focused on helping people. This indomitable spirit has helped her in her personal life as well. Justice Sears says one of the hardest things she’s ever had to do is see her adult son, Addison, suffer from a debilitating illness known as dissecting cellutitis of the scalp.

“Dissecting cellulitis of the scalp is a chronic, inflammatory scalp condition,” explains dermatologist Claudia N. Gaughf, MD.  “It’s very hard on those who suffer from it. The lumps that develop on the scalp are filled with pus, and even though they can be drained, they fill back up again.”

The inflammation can also destroy hair follicles and leave scar tissue. There is no clearly defined cause for the condition and no cure. It is a very rare disease that predominantly affects men of African descent in their second to fourth decades of life. 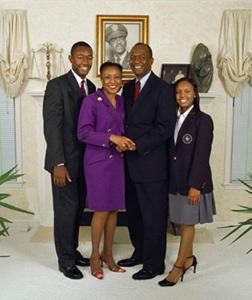 Sears had never heard of the disease and actually first learned about it through an exhaustive internet search. Once the condition was correctly diagnosed, her son was able to start topical treatment and medication to help manage it. However, there can be unpredictable relapses of symptoms.

“Even though he lives across the country, I can tell in his voice when he’s going through a breakout,” Sears says. “But he recently got married and he is coping with the symptoms when they recur. I talk about it now in the hope that if there is someone out there reading this who is suffering from these symptoms, they will understand what they may be facing.”

Though the condition has no cure, Justice Sears is grateful that the cause of her son’s symptoms was found, and that she can continue to provide loving support to him just as her parents did for her whenever things got tough.

“You never stop being a mom,” she says.