Moving Through A Disorder

Physical activity can help slow the progression of Parkinson’s disease

Upon first being diagnosed with Parkinson’s, some of the nearly one million people in the United States who are living with the disease were probably tempted to cut the burden of exercise out of their way of life.  But studies have shown that the best way to slow the progression of this movement disorder is actually to get moving. 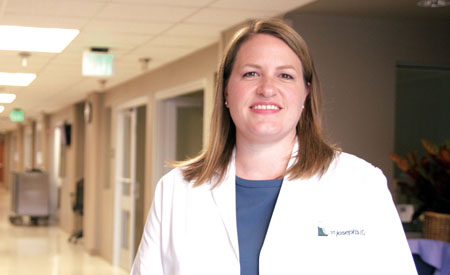 “Some of my patients complain of weakness, but their strength is actually normal,” Trumble says. “It is their slowness of movement that makes them feel like they are weak.”

Slowness of movement, also known as bradykinesia, is one of four symptoms that characterizes Parkinsonism, a category of neurological diseases which includes its most common and well known causes, Parkinson’s disease. Parkinsonism can have other causes such as certain medications or other diseases.  Both terms arose from the English physician James Parkinson, who first published details of the disease in 1817.

Along with bradykinesia, Parkinsonism is characterized by:

“Tremor is present in about 70 percent of patients,” Trumble says. “But other patients have different symptoms. Some will come to me because they have noticed their handwriting has become smaller, or they’re walking and moving slower, or having trouble getting out of a chair or a bed. Some patients worry that they’re depressed because they don’t smile, when in fact their lack of facial expression is caused by the bradykinesia.”

Dr. Trumble assures patients that their disease won’t shorten or end their life, but it will progress. Slowing the progression, while simultaneously using medication to treat symptoms, is crucial for maintaining a patient’s quality of life.

No Known Cause, No Yet Known Cure

There is currently no cure for Parkinson’s disease because, although there are some theories, the cause of the disease is still unknown. Physicians do know what is happening in the brain, but the reason why is not fully understood.

“When the first symptoms of Parkinson’s disease show up, that means more than 50 percent of the brain cells that make dopamine have been killed off,” Trumble explains. Dopamine is a chemical that, among other uses, sends messages to the part of the brain that controls movement. “The remaining 50 percent will continue to die off as the disease progresses.”

Dr. Trumble can treat the tremor, the bradykinesia, and the rigidity with medication. But those won’t help the postural instability or the progression of the disease as a whole. Physical therapy can help with balance, and Dr. Trumble can provide referrals to physical therapists for patients with postural instability. But what about the inevitable progression of the disease?

“The only thing that has shown in clinical trials to slow the progression of Parkinsonism is physical activity,” Trumble says.  “It’s that important.”

Studies of patients with Parkinson’s disease had participants riding a tandem bike with a leader who did not have the disease, and who helped push the rider to a more strenuous aerobic and cardiovascular workout. The results showed a significant improvement in symptoms.

Dr. Trumble has seen the same concrete results in her own patients. She recommends a variety of physical activities, including: 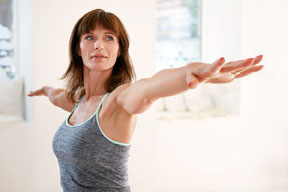 Of course, patients who intend to begin or to expand their exercise routine should discuss it with not only their neurologist but also their primary care physician. Dr. Trumble, for one, is quite vocal about the benefits that await patients.

“I’m very direct with my patients,” Trumble says. “It does take encouragement. Some people don’t like exercise. But once they start, they feel a lot better. They see the improvement and then they start to get into it.”