Throughout your body there are small round organs, found mostly around the blood vessels, which have that classic thankless job—taking out the trash. 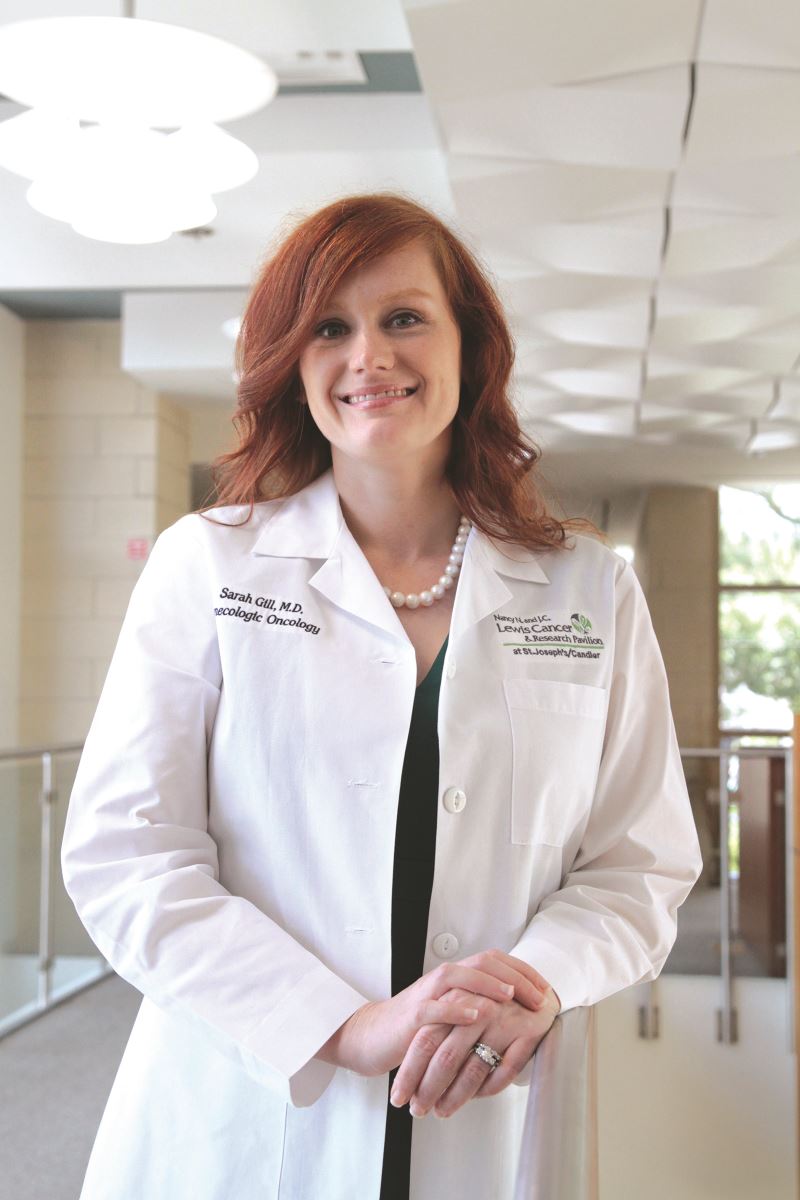 “I sometimes call lymph nodes the garbage disposals of the body,” says gynecologic oncologist Sarah Gill, MD. The lymphatic system carries lymph fluid through the body, collecting viruses, bacteria, and other waste along the way to settle within the lymph nodes so the immune system can properly fight infection and kill abnormal cells. The “trash” is filtered by the lymph nodes, making them an important part of your immune system.

But they serve another purpose for Dr. Gill and other oncologists—lymph nodes can help determine if cancers have spread from their primary tumor site.

Cancer can metastasize through the lymphatic system, which is a common mechanism of spread in most gynecologic cancers. Lymph nodes found close to the primary cancer site are often the earliest sites of this spread.

“When patients with endometrial, early vulvar or early cervical cancers are initially seen, surgical staging is indicated to evaluate whether or not the cancer has spread to other areas of the body,” Dr. Gill says.

In the past, oncologists would perform a complete lymphadenectomy—meaning surgically removing all of the lymph nodes in a specific location in the body—to determine if the patient’s cancer has spread. Surgical staging, and therefore lymph node assessment, is important because it helps the physician determine the best treatment strategy and establish the patient’s prognosis. Unfortunately, a complete lymphadenectomy carries risks and side effects.

“With complete removal of the lymph nodes in the pelvis and groin, there is a high incidence of lymphedema in the legs,” Dr. Gill says. “It causes chronic swelling and can negatively impact a patient’s quality of life.”

Side effects of lymphadenectomy commonly include symptoms of heaviness or tightness in the legs, pain, infections, and decreased range of motion. The most common finding tends to be lymphedema, the swelling of the leg. There are many treatments for the condition, but it does not have a cure.

“Simply put, it feels bad and it looks bad,” Dr. Gill says. “It is bothersome in the very least, and in some cases it is life-changing.”

As a way to decrease the risk of these side effects, Dr. Gill offers a newly established surgical technique utilizing the da Vinci robotic surgical system where only the sentinel node is removed for surgical staging. The sentinel node is the first node that drains a particular organ, and is a reliable indicator of the presence of metastatic cancer.

“Instead of removing many lymph nodes in the pelvis or inguinal area, we inject a dye that allows us to identify the very first lymph node that drains the organ where the cancer originated. We can assess for metastatic disease just as accurately, but we only have to remove that one node,” Dr. Gill explains. “With cervical and endometrial cancer, we use a dye called indocyanine green. It is fluorescent and lights up with the infrared camera of da Vinci robotic surgical system, allowing us to see where that sentinel node is located.”

Different dyes are used for vulvar cancer but the benefit is the same.

“It’s changed our practice tremendously,” Dr. Gill says. “Not only does it significantly reduce the risk of lymphedema, but it also decreases the risk of vascular injuries and damage to nerves.” 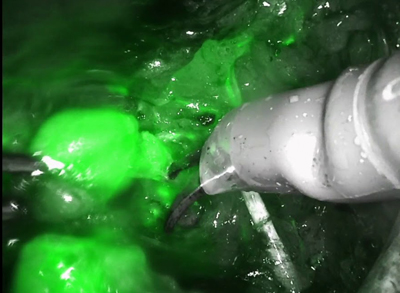 In rare cases, the procedure may not clearly identify the sentinel node, and a complete lymphadenectomy may still be needed. Because of the importance of surgical staging, Dr. Gill believes the benefits ultimately outweigh the risks.

“If cancer is found in the lymph nodes, the recommended treatment and prognosis is very different,” she says. “For vulvar cancer, lymph nodes with metastatic cancer could mean the addition of radiation treatment. For cervical cancer, it may change the type of surgery we perform. When a patient is upstaged from a uterine-confined disease to a metastatic cancer, it usually warrants additional therapy with chemotherapy and/or radiation. So you can see that the information gleaned is vital for patients’ wellbeing.”

With the advanced imagery and precision afforded to her from the da Vinci robotic surgical system and the fluorescent dye, Dr. Gill can make those determinations on staging and treatment without increasing the risk of lymphedema from the procedure.

“It’s crucial to assess the nodes, but now we can do it in a much smarter and safer way,” Dr. Gill says. “We can get the same information with less risk to the patient.”