Newly retired people can enjoy their free time, but should watch out for unhealthy habits

If you are looking forward to retirement, the question of financial security is probably foremost on your mind. While that’s a very important question, we have another one:

How is your health security?

Activities, routines, nutrition and other lifestyle choices need to be given some thought as well, or retirees may be surprised to see their free time working against them. 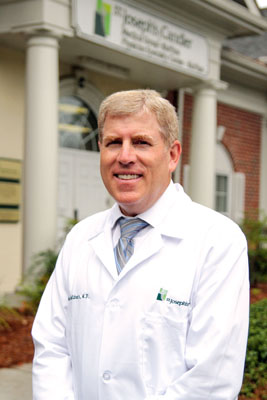 “New retirees are at great risk of boredom and falling into unhealthy habits if they do not plan a schedule prior to retirement,” says Stephen Goldner, MD, of St. Joseph's/Candler Primary Care in Bluffton. “Full-time employees may be used to 60 percent or more of their day being filled with their work. When they retire, they find that there is a large void during their day.”

For some retirees, that void is actually an opportunity to dive deep into their favorite hobby or to simply have more time with friends and family. But for others, retirement can mean taking something you used to do to unwind after work, such as watching television, and filling your day with it.

Another vicious cycle can develop after the TV is finally turned off.

“People can start sleeping later and later during the day, and frequently take naps,” Dr. Goldner says. “At times we see patients who are staying up later at night, only to sleep during the day, effectively reversing the day-night cycle.”

Poor or irregular sleep can have a detrimental effect on a person’s mood and concentration, which can then affect their ability to participate in healthy hobbies and social situations. Without these interpersonal activities, the risk of isolation and depression increases for retirees.

“Having a set schedule is important,” Dr. Goldner says. “In fact, it’s probably a good idea to continue setting the alarm for the morning and going to bed at the same time each night.”

If a wake-up time and scheduled activities sounds a lot like a work day, consider your new job as being healthy and happy in retirement. 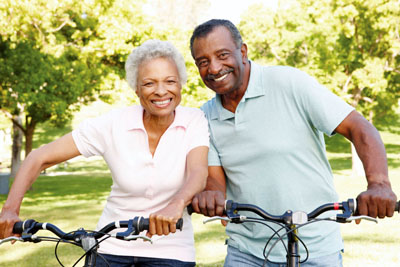 “It is still important for a retiree to have a regular, daily exercise regimen,” Dr. Goldner says. “Time should also be set aside for a hobby or a club. I encourage patients to read instead of watching television as well.”

For those who are ready to retire from full-time employment but still enjoy working, a part-time or temp job—sometimes known as encore work—could be the right fit for their lifestyle. Most communities also have plenty of volunteering opportunities for seniors, where the satisfaction of helping others can bring the same joy that a job well done once did in their working years.

The key, as physicians and researchers have seen in their patients, is engagement. A retiree won’t necessarily see a benefit in a part-time job if it still bores him or her. But simple activities like chess and other games or arts and crafts can bring pleasure, mental stimulation and social interaction. Those benefits can be crucial for staving off boredom and depression, which are at the root of the unhealthy habits that can lead to illness.

“People who are engaged generally enjoy their retirement,” Dr. Goldner says. “Think about what engages you as you plan your own.”