As an anchor and producer, Soledad O’Brien creates news that reflects and serves a diverse America

Early in her broadcasting career, an interviewer suggested that Soledad O’Brien might want to change her on-air name. She had already shortened it from María de la Soledad Teresa O'Brien, but this interviewer thought that “Soledad” might be too hard for people to say.

“I’m named after the Virgin Mary, so a name change wasn’t going to happen,” she recalls with a laugh.

This determination to stay true to her own path, combined with her open and positive spirit, has defined O’Brien’s 30-year career as one of the top names in journalism. Her commitment to highlighting stories of a truly diverse America, beyond the usual headlines or stereotypical coverage, has won O’Brien several awards, including three Emmys.

Now she will share her story at this year’s SmartWomen Luncheon & Expo, the 20th anniversary of the groundbreaking fundraiser for St. Joseph’s/Candler’s Telfair Mammography Fund.

O’Brien was born the fifth of six children in Long Island, NY, to a white father from Australia and a black mother from Cuba. Her parents were both devout Catholics who met at Mass. O’Brien would later learn that her parents were almost unable to buy the house she grew up in because it was difficult for interracial couples to buy property in the 1960s.

“My parents’ stories about their own obstacles inspired my reporting and the stories that I try to tell now,” O’Brien says. “But it also made me realize the amazing opportunities I had in spite of some of the craziness in the history of race in America. My parents teed us up to thinking about what was possible, instead of focusing on what we thought was impossible.”

Like some of her siblings, O’Brien wanted to be a doctor. Until she realized she didn’t.

“As I was taking organic chemistry I realized that it was just not my passion,” she recalls. “I was a good student and could have stayed with it, but I noticed that the people in my life that I found the most interesting were passionate about something. I didn’t have that for being a doctor.”

She knew she found her calling when she took a job at a TV station in Boston and found that, despite mostly fetching coffee and answering phones, she loved it.

“I really saw potential and opportunity there,” she recalls. Her medical background helped her get her foot in the door as a producer and researcher in local news. She worked her way up to the national stage as a producer for NBC, and eventually the co-anchor for NBC’s Weekend Today show. That was the beginning of an extraordinary career that included anchoring shows on CNN, hosting projects for Fox and A&E, and contributing to the Oxygen network and the PBS NewsHour, among many others.

O’Brien also produced documentaries for CNN, including the acclaimed series Black in America and Latino in America. 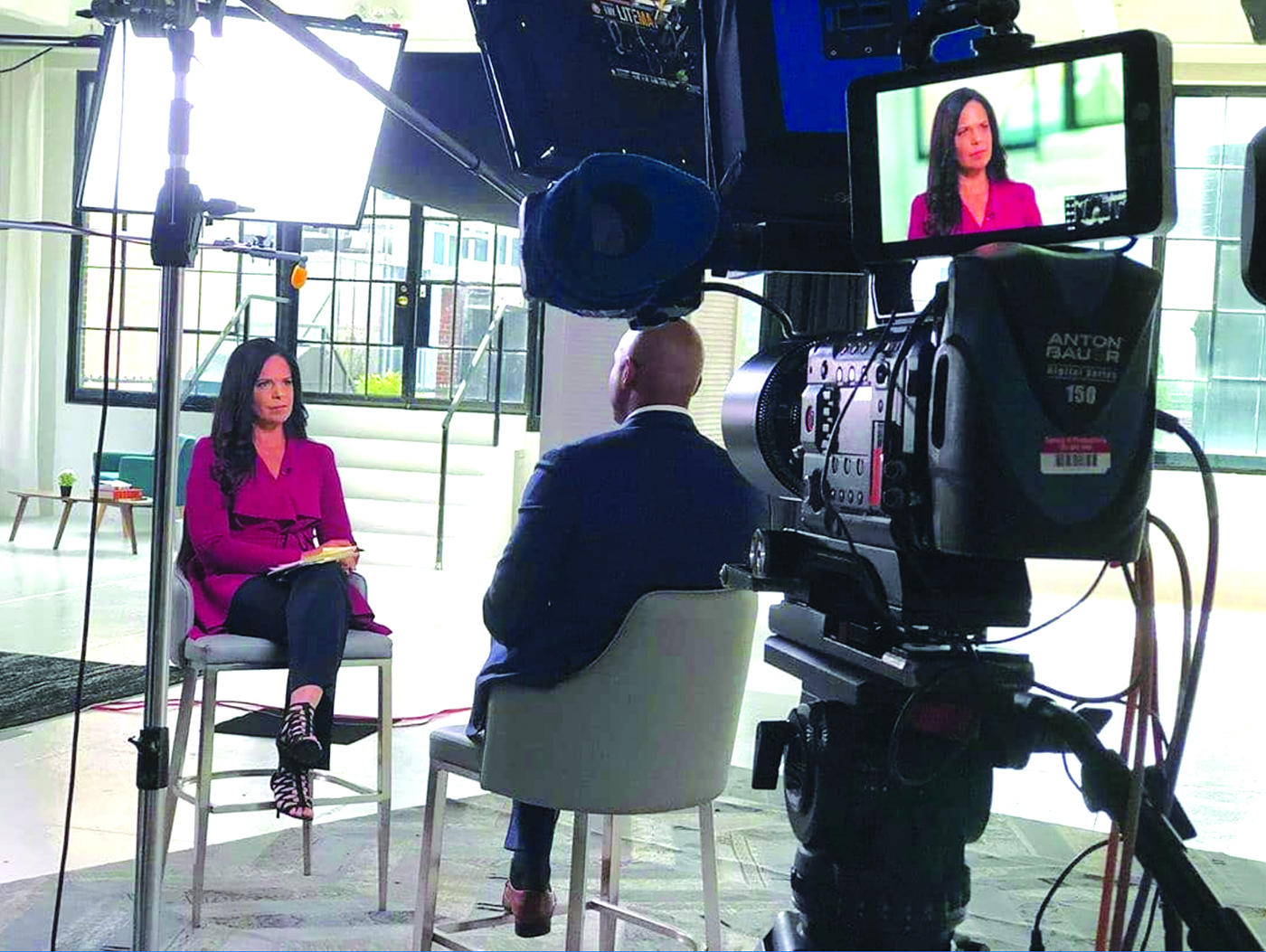 “I started doing docs instead of the morning show at CNN, which at the time I thought was a terrible demotion,” she says. “Looking back now it was one of the best things that ever happened to me. Creating that library of work taught me how to create and run my own business.”

Now with Soledad O’Brien Productions, she continues to produce documentaries and specials that take a closer look at difficult subjects such as the opioid epidemic and veterans with PTSD.

O’Brien is currently the anchor and producer of Matter of Fact, a syndicated news magazine program. From its outset, O’Brien wanted to do a different kind of news program—one that highlights the diverse stories of everyday Americans.

“If the story is about soybean prices, we’re going to talk to the soybean farmer in Nebraska,” O’Brien says. “If the story is about why millennials don’t vote, we’re going to find a millennial and ask them why they don’t vote. We center around the people who are actually affected by what’s happening, versus having a congressperson on the far left and a congressperson on the far right coming on and screaming at each other. Audiences don’t need that middleman.”

One of the stories on Matter of Fact dealt with an issue that is close to SmartWomen—the difficulty that some women have, either because of their busy lives, where they live or financial constraints, to get their mammogram.

“It’s not unusual for women to put their health last,” O’Brien says. “We drive ourselves so hard and are often helping everybody else. A friend of mine gave me some great advice—use your birthdate every month to check in on yourself. So, for me, on the 19th of every month, I should take a moment to remind myself—when was my last mammogram? When was my last teeth cleaning? And so on. We can be strategic about our health.”

Working Through The Unexpected

With this continuing stream of work and philanthropy, O’Brien may seem inexhaustible. But at one point in her career, she was anything but.

“I would go to bed, get eight or nine hours of sleep, wake up and be exactly as tired as when I went to bed,” she recalls. “And when I would tell people how exhausted I was, they’d say, ‘You’re up at 3 a.m. to anchor a show, you work 10 hours a day, you have four kids—of course you’re tired!’”

A full work-up from her doctor, however, uncovered a not-so-obvious reason: O’Brien has Hashimoto’s thyroiditis, a type of autoimmune disorder that affects a person’s thyroid gland and the hormones it produces. Fatigue is a common symptom of this disease, which can progress to a severe level if left untreated. O’Brien was grateful that she had the time to look deeper into her symptoms, rather than chocking it up to her busy schedule. (Learn more about Hashimoto’s thyroiditis here.)

“Luckily, I’ve had a lot of support from my husband and family,” she says. “Now, with medication, it’s very easy to manage.”

Your Goals, Your Voice

Through the stories she’s done for Matter of Fact, O’Brien has seen a theme arise among them that matches a theme in her own life—how each of us uses our voice.

“That’s what many of the people we meet will talk about, because they are thinking about what they are trying to say to the world,” O’Brien says. “So they have come to an understanding of how to use that voice and how to leverage it. I think that’s an amazing message in itself.”

O’Brien hopes the audience at SmartWomen will think about their own voice and their own goals after hearing her story.

“I talk a lot about the news, and when we started Matter of Fact, people would say, “Well, the news always has to be this way,’” she says. “No, it really doesn’t. It can actually serve people. You don’t have to do it the way people tell you to do it. You can carve out what you want to do and what your path is. Always strive for excellence—that’s important, too—but part of being successful is not listening to all the naysayers. Figure out what your real goals are and then look forward to doing it.”