Run For Your Life

Brain shrinkage, also known as cerebral atrophy, occurs naturally with age, and the degree of loss increases in the elderly. The authors of this study found that exercise of a certain level had a preventative effect on brain shrinkage, which in turn helps reduce the risk of death for those with Alzheimer’s. 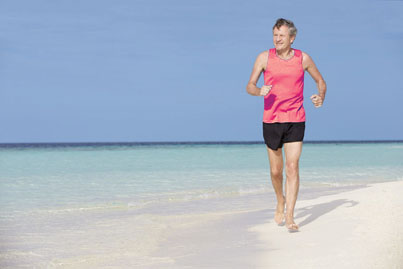 Researchers found that walking could also decrease risk, but that the energy expended by walking had to be equivalent to the 15 or more mile run. They surmised that walkers would need to walk very quickly and go at least 50 percent further in distance to begin matching the rigor of the run.