Three minutes of light walking—would you even call that exercise? 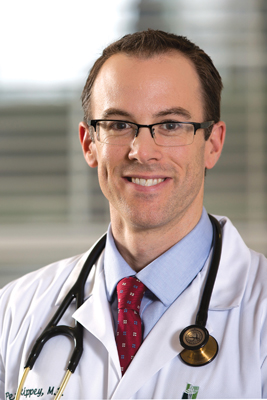 Researchers in a new blood pressure study did, and the results they found were encouraging. They monitored the blood pressure of overweight and obese adults, all who had type 2 diabetes. For the first part of the study, the participants were sedentary. Then the researchers had them take brief exercise breaks throughout the day, either walking for three minutes or doing simple resistance exercises such as half-squats or knee raises.

The addition of light exercise to a day of mostly sitting led to an average 10 to 12 point drop in systolic blood pressure. So while it may not have the same impact as more regular and rigorous exercise, these continuous moments of light activity do seem to make a difference.

The researchers presented their findings at the American Heart Association's annual meeting last year. The report parallels what Peter Rippey, MD, sees in some of his patients at St. Joseph’s/Candler’s Primary Care located in Bluffton.

“The more active we are, the healthier we become,” Rippey says. “While the recommendation for adults is 150 minutes a week of moderate activity, I would agree that any increase in activity is beneficial as this study would indicate.” 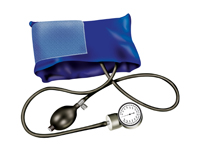 Dr. Rippey notes how the conveniences afforded by modern technology have had an unintended consequence—changes in jobs and daily habits have made many people more sedentary.

“In some instances, this has played a big role in the development of patients' diabetes,” he says.  But these preliminary findings may bring hope to overweight patients struggling with the disease.

“Maintaining a healthy blood pressure is important for everyone, but especially for patients with diabetes,” Rippey says. “This is because of the increased risk of cardiovascular disease such as heart attacks, strokes and peripheral vascular disease, eye and kidney disease in these individuals.”

Dr. Rippey has seen what lifestyle changes have done for his own patients with diabetes, sometimes equaling or surpassing benefits from medication.

“Especially in type 2 diabetes, which is the more common type, changes in activity and diet can have a huge impact on blood sugar control,” he says. “At most, from an individual medication short of insulin, you can expect around a 1 percent decrease in hemoglobin A1C, which is a blood test we use to monitor glycemic control.  Many people need to be on multiple medications if they have A1C's above 8 or 9.  However, I have had patients who have really invested in their health by improving their diet and becoming regularly active, and they have recently decreased their A1C's by as much as 5 percent.”

Dr. Rippey even had to take a patient off of his diabetic medication because his blood sugars were getting too low.

“These lifestyle changes can help reduce the patient's risk of early death or health complications from just about every cause you can think of, and in a way that medication alone can’t accomplish,” he says.

Everyone can benefit from improved blood pressure, so Dr. Rippey hopes that the results he’s seen in this study and in his own patients will encourage those who aren’t specifically overweight or dealing with diabetes, but who want a better quality of life.

“Many patients get overwhelmed thinking about exercising because they expect they would need some tortuous regimen in order to get any benefit,” Rippey says. “However, this study indicates that even small increases in daily activity can have a significant impact.  I agree with the study’s researchers who noted that this does not replace a regular exercise regimen. But every little bit helps.”

Diabetes and Obesity: Numbers Too High

Sources: American Diabetes Association and the Centers for Disease Control and Prevention