More Than A Screening

In most cases, physicians performing a colonoscopy can immediately remove pre-cancerous lesions

With facts like that, it may be hard to believe that things are actually getting better, but the death rate of colorectal cancer has been dropping for both men and women. One of the most important factors in this encouraging trend is colonoscopy screening. This is why regular screenings are recommended for men and women beginning at age 50, or younger for those who have a family history of colorectal cancer.

Why are these screenings so effective? Part of the reason is that physicians can do more than just look.

“In a colonoscopy, we are looking for pre-cancerous growths or lesions that have a potential to become cancer in the future,” explains gastroenterologist Gregory D. Borak, MD. 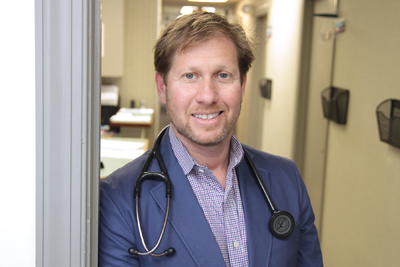 Growths in the colon are called polyps. Before coming in for their colonoscopy, patients undergo bowel preparation. Typically patients drink a medicated liquid that will clear out their bowels as much as possible. This allows the physician to see any polyps.

Between the unpleasant taste of the liquid and the numerous bowel movements it induces, the colonoscopy prep is considered the most difficult part of a colonoscopy by most people. But it is absolutely essential to have a clean colon. The physician will gently guide the colonoscope, a thin, flexible tube with a tiny camera that takes video images, through the patient’s colon.  Patients are sedated and the procedure is painless.

If the gastroenterologist finds a polyp, in most cases he or she can remove it immediately with a polypectomy snare.

“People will sometimes ask me what happens if I find a polyp, and they are a little taken aback when I tell them I can remove it at the same time,” Borak says. 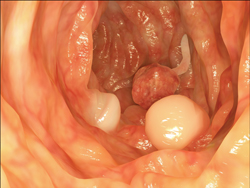 Though some polyps may be too large or in a position where they can’t be removed immediately, Dr. Borak says those cases are few and far between. He adds that, because the inside lining of the colon doesn’t have pain fibers, polyp removal is also not painful.

“The idea of a colonoscopy seems intrusive to a fair amount of people, and they may take the approach that if they feel fine, there’s nothing to look for,” Borak says. “I think that goes against the whole idea of any kind of screening.”

So Dr. Borak and all of his gastroenterology colleagues in Savannah have one simple message for men and women who have turned 50: don’t wait.

If you put off a screening until you feel bad or think you might have symptoms, you've lost precious time and the potential benefits of early detection. Ask you physician about getting screened and getting polyps removed—in the very same procedure— before they have a chance to become pre-cancerous.

Learn more about what to expect from a colonoscopy screening in our Ask A Magnet Nurse feature in this issue.