The first time much of America heard about a transcatheter aortic valve replacement, or TAVR, was last year when the Rolling Stones’ concert tour was stopped cold in its tracks. Singer Mick Jagger had to undergo a mysterious, but apparently very necessary, procedure. After the surgery was revealed to be TAVR, some people still may not have fully grasped what that meant. One thing that was clear, though, was that Jagger was literally up and running, crossing the stadium stage repeatedly during the band’s performances only a few months later.

So what is TAVR?

One thing it’s not is exclusive to the rich and famous. St. Joseph’s/Candler has been performing the TAVR on appropriate candidates for years.

A Murmur Of Trouble

Bluffton resident Mary Neville started to notice increasingly that her energy was zapped and her breathing was labored. In the initial visit with her new primary care physician, Charles Sevastos, DO, of SJ/C Primary Care in Bluffton, he asked her who her cardiologist was.

“I said, ‘I don’t have one; my heart’s fine,’” Neville recalls. “I didn’t have any heart problems in my family either. But Dr. Sevastos said, ‘I hear a murmur.’”

Testing at The Heart Hospital at St. Joseph’s/Candler revealed a problem Neville didn’t know she had—aortic stenosis. She met with interventional cardiologist Michael J. Babcock, MD, who told her that calcium deposits that form in the heart’s aortic valve had caused a narrowing, severe enough to affect blood flow. 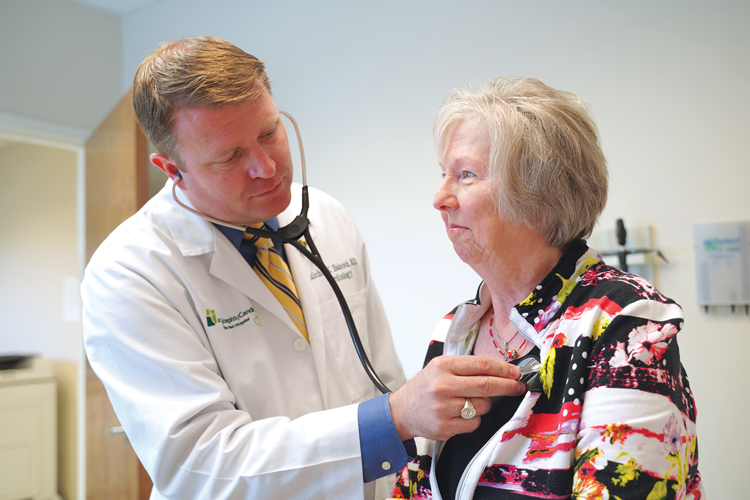 “Once someone with severe aortic stenosis becomes symptomatic there can be a very rapid decline, and these patients need to be seen quickly,” Dr. Babcock says. “The symptoms can be gradual, with a longstanding heart murmur, and then developing into shortness of breath, easy fatigability, chest discomfort or the feeling of passing out.”

Dr. Babcock notes that many patients attribute these symptoms to simply getting older. But if left untreated, severe aortic stenosis can lead to permanent heart failure or sudden cardiac death.

“It was an eye opener,” Neville says. “But my symptoms were so bad I could barely make it to the mailbox. I couldn’t have waited another year.”

TAVR was initially only for patients considered too high-risk for traditional open-heart surgery, but due to its safety and quality of results its candidacy widened, allowing intermediate-risk patients and, later in 2019, some low-risk patients.  Neville was evaluated and shown to be intermediate risk and a good candidate for TAVR.

TAVR is a minimally-invasive approach in which a catheter is thread from the patient’s leg or chest to the narrowed valve. A new prosthetic valve mounted on a stent is then inserted while the patient’s heart is still beating. The approach used depends on your medical history and complex valve condition.

“Our multidisciplinary team is made up of interventional cardiology, cardiothoracic surgery and a team of clinical coordinators, expert sonographers, physician assistants, radiologists and anesthesia colleagues all dedicated to the patient and the success of their procedure,” Dr. Babcock says.

Patients with aortic stenosis are evaluated preoperatively by the multidisciplinary team to see if they qualify for the procedure. 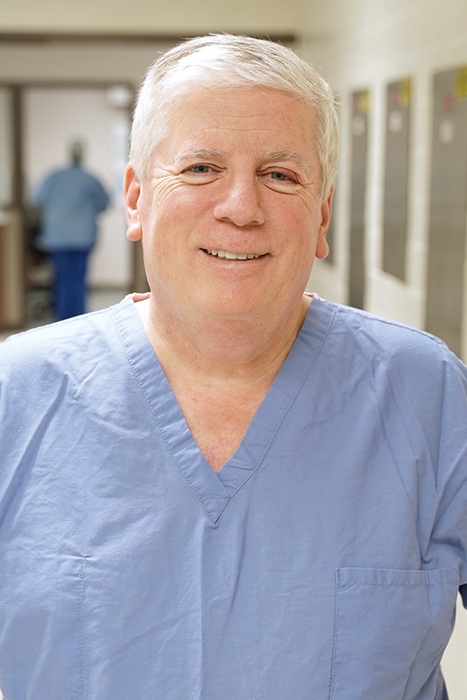 “Not all patients will qualify, however there are more patients who can have the procedure due to changes in the approval criteria,” says Robert Jones, MD. He is one of two TAVR-trained cardiothoracic surgeons in the Savannah region along with Jeremy London, MD. He, the cardiologist, and the rest of the TAVR team determine the best approach for each patient.  The cardiothoracic surgeon works with the access to the vessel and the placement of the valve into the correct position, and is present during the procedure in case the team needs to do an emergent opening.

“Dr. Jones actually took the time to talk to my husband and his role as a caregiver before the procedure, because I couldn’t do very much,” Neville says. “In fact, everyone I met at The Heart Hospital had incredible professionalism, but also care and concern.”

“I’m in awe of what they do,” Neville says of the entire TAVR team. “The whole procedure was seamless.”

The minimally-invasive approach provided by the advanced technology of TAVR allows for a quick recovery, no matter if you’re a rock star on tour or a table tennis star in Sun City.

“My new energy level was just incredible,” Neville says. “Within a week I felt good enough to go to a party and then a seminar. The seminar was being presented by Dr. Babcock actually.”

Neville was also relieved that she didn’t need to have open heart surgery. She shares the excitement of Dr. Babcock and Dr. Jones about how many more people can be helped by TAVR as it can be offered to most patients.

“While open heart surgery is still an option, TAVR has immediate effects in relief of the restriction of blood flow from severe aortic stenosis,” Dr. Babcock says. “Most patients go home the next day, and some even report feeling significantly better just walking to the car the day after their procedure. It truly has been a game changer.”

Dr. Jones agrees and adds that the technology continues to advance.

“Newer types of TAVR valves and delivery catheter systems are being developed to allow for easier access and placement,” he says. “Many patients that would have been denied an aortic valve operation years ago now have this excellent option.”

For more details on the TAVR procedure and our TAVR physicians, go here or call 912-819-TAVR.

For an in-depth look at the TAVR patient experience, read our Living Smart blog. 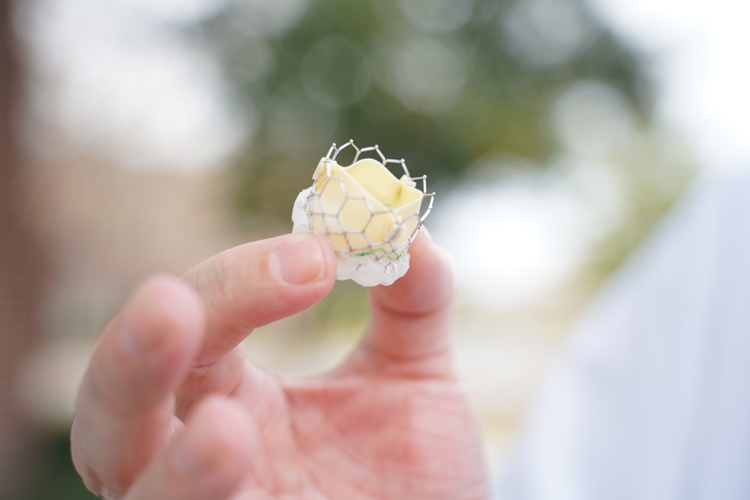