She’s Got The Drive

At age 6, her father took her to the driving range and handed her a golf club. At age 12, she was in Augusta and Nick Faldo handed her a trophy.

And Kate Barber is just getting started. Advancing through local and regional qualifying tournaments for years, she has made it to the national stage as one of the best junior golfers in the country.  Balancing school, travel, practice and a pandemic, Barber is set on playing in the pros.

Home On The Range

Growing up in The Landings, Barber has a nice golf course practically in her backyard, which is a good thing since she spends as much time as she can there. Her father let her try the game with his clubs. He saw some innate skill in her swing while she was having the time of her young life.

“I have loved playing golf for as long as I can remember,” Barber says. “My dad brought me out to the range one day, and I haven’t been able to put down a golf club since.”

Unlike in team sports at school, it’s up to the individual golfer to decide how much time, sweat and tears one wants to spend in the game. Barber’s parents say she was all-in on her commitment to improving—hours of practicing, working with a coach, traveling to tournaments and avoiding distractions.

That focus earned Barber a spot in the 2019 Drive, Chip and Putt National Finals in Augusta. The junior competition is held the Sunday before the Masters and broadcast by the Golf Channel.

“It was very nerve-wracking having hundreds of spectators and thousands watching on TV,” Barber recalls. “It was also very exciting because that was the biggest event I had ever played in, and it was also the first year that women were able to play in a tournament at Augusta National. To be there at the same time, and to have the opportunity to actually play at Augusta National, was a dream come true for me.”

“I will never forget it,” Barber says.

Barber also recently won two other national tournaments—the Doral Publix Junior National Championship and the Junior Honda Classic at PGA National—back to back. Both were two-day, 36-hole tournaments in which Barber competed against the best females in her age group from all over the United States as well as Canada, Mexico and many countries in South America.

“I won the Doral by one stroke with a clutch birdie on the last hole,” she says.  Knowing that golf is as much a mental game as a physical one, Barber makes playing well under pressure one of her goals.

“My friends that I play golf with push me to be the best I can and that is what drives me and builds up my confidence,” she says. “I am also a very competitive person, and I don’t like to lose.”

For Barber, there’s no question how she will apply her personal drive moving forward.

“My goal in life is to play college golf and then to turn pro,” she says. 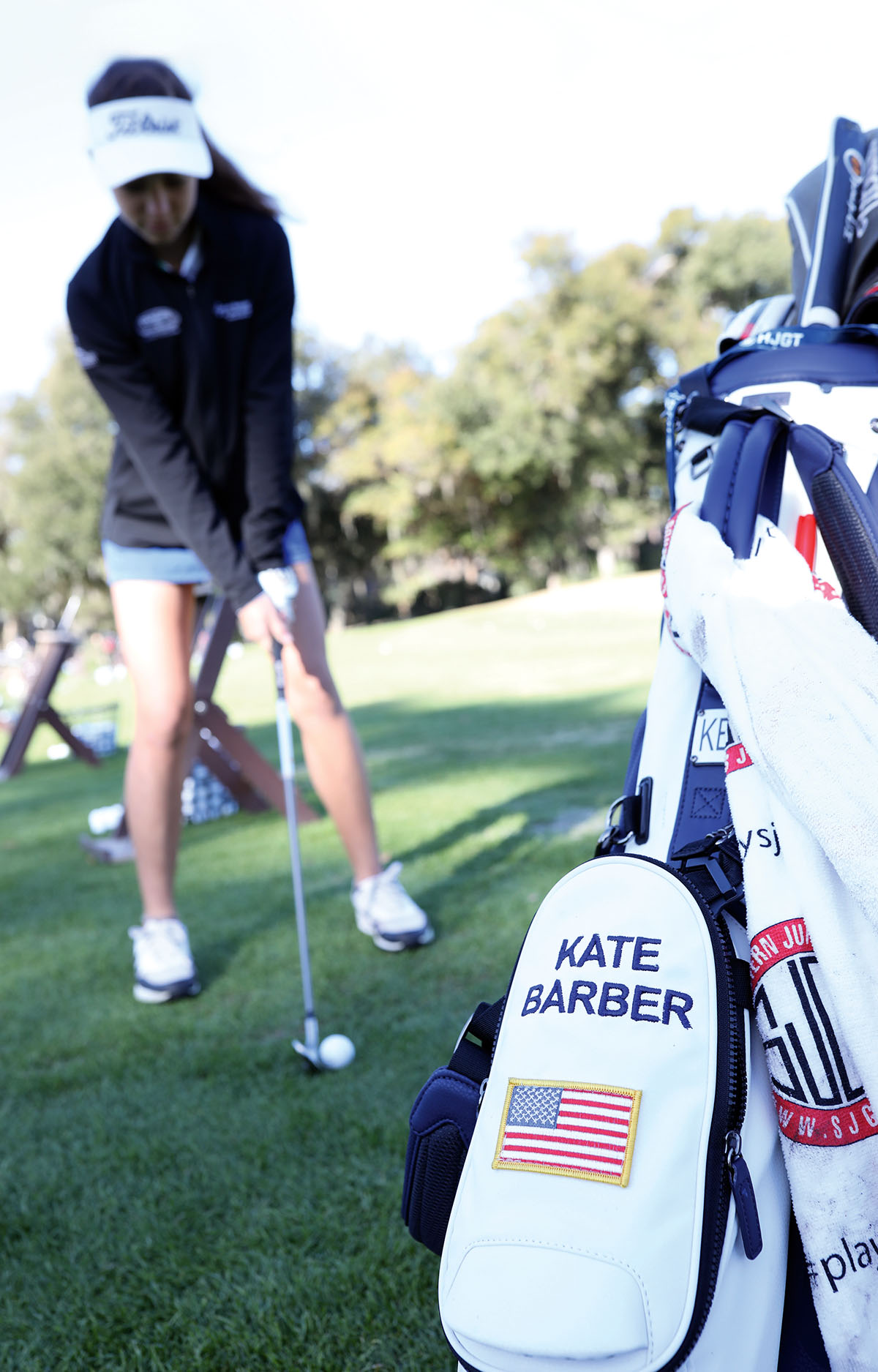 Barber believes girls and boys her age should embrace challenges even when they think they might fail. She recalls stepping out of her comfort zone of golf to play volleyball for Hancock Day School.

“I had never played that sport before,” she says. “But I tried out and made the A team. We went on to become SPAL champions two years in a row. I think challenging yourself to excel in something new is what makes it fun and rewarding.”

Something new to Barber and everyone her age in the past year were the challenges of classes at home, social distancing and worrying about a virus. It brought awareness of health to the top of her and her friends’ minds, but Barber says it has not affected her way of life too much. Her classes at Hancock are being held in-person again, and like everyone else, Barber and her classmates are making the best of this strange time.

“We are washing our hands more, wearing masks and not going to public events,” she says. “I think that most kids feel that we are lucky to not be in a high-risk age group. We are just trying to get through it.”

Plus, the thing she loves most is done outside, with no sharing of equipment or need to get within six feet of another person.

“I’m really lucky that part of my life hasn’t changed,” she says. “I can still play golf every day.”