The Joy of Jazz

When he was old enough to join the school band, Jody Espina told his parents he wanted to play saxophone. His older brother had played clarinet in band, and finally it was his turn to get a sax and make big music with his classmates.

“We already have a clarinet,” they told him. “Play clarinet.” 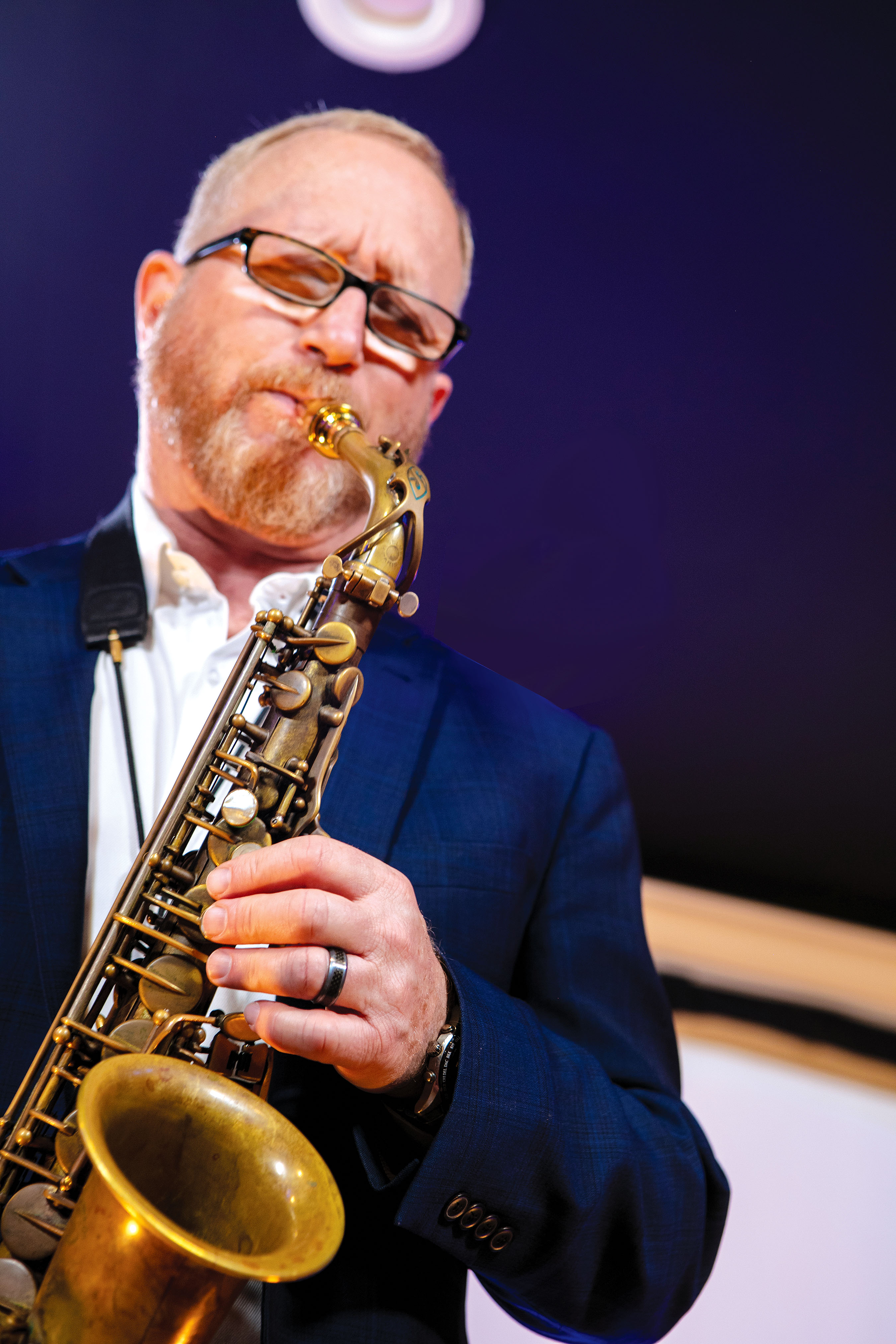 But his parents’ practicality led to Espina discovering something important about himself—he could balance both the creative, artistic side and the practical, business side of life with passion as his guide.

“I was religious about my practice; I did it daily,” Espina says. “But I liked jazz and I liked improvising right away. I wanted to play sax in the jazz band. So I mowed a lot of lawns and saved up the money to buy my own sax.”

Forging his own way has not only made Espina one of the most popular band leaders in Savannah, it has also earned him a reputation as one of the finest crafters of saxophone and clarinet mouthpieces in the world. It was a future that began with that first note in middle school.

From Student To Teacher

“By eighth grade, I was practicing four hours a day,” recalls Espina, who grew up in Tampa, FL. “I had a great teacher who taught me the chords and the math of music, but he also taught me in an organic way, allowing me to improvise by ear.”

As a teenager, Espina and other young jazz players were already gigging three nights a week. Big name entertainers would hire local musicians when they performed in Tampa, so Espina found himself supporting stars such as Mel Torme, Patti Page, and Milton Berle.

“I hung up the lawn mower and never worked an honest day again,” he says with a smile.

Espina majored in classical clarinet at the University of South Florida before transferring to Berklee College of Music. New York City was in his headlights, but first he took a few side roads that he found very rewarding—including teaching music in Barcelona, Spain, and touring with the Tommy Dorsey Orchestra.

The Sound and Feel

Once Espina did make it to New York, he thought gigging and teaching would be his routine. But then he was invited to play the 93rd birthday party of Santy Runyon, a legendary saxophonist and flautist who got his start in a speakeasy club run by Al Capone. Runyon also manufactured mouthpieces. 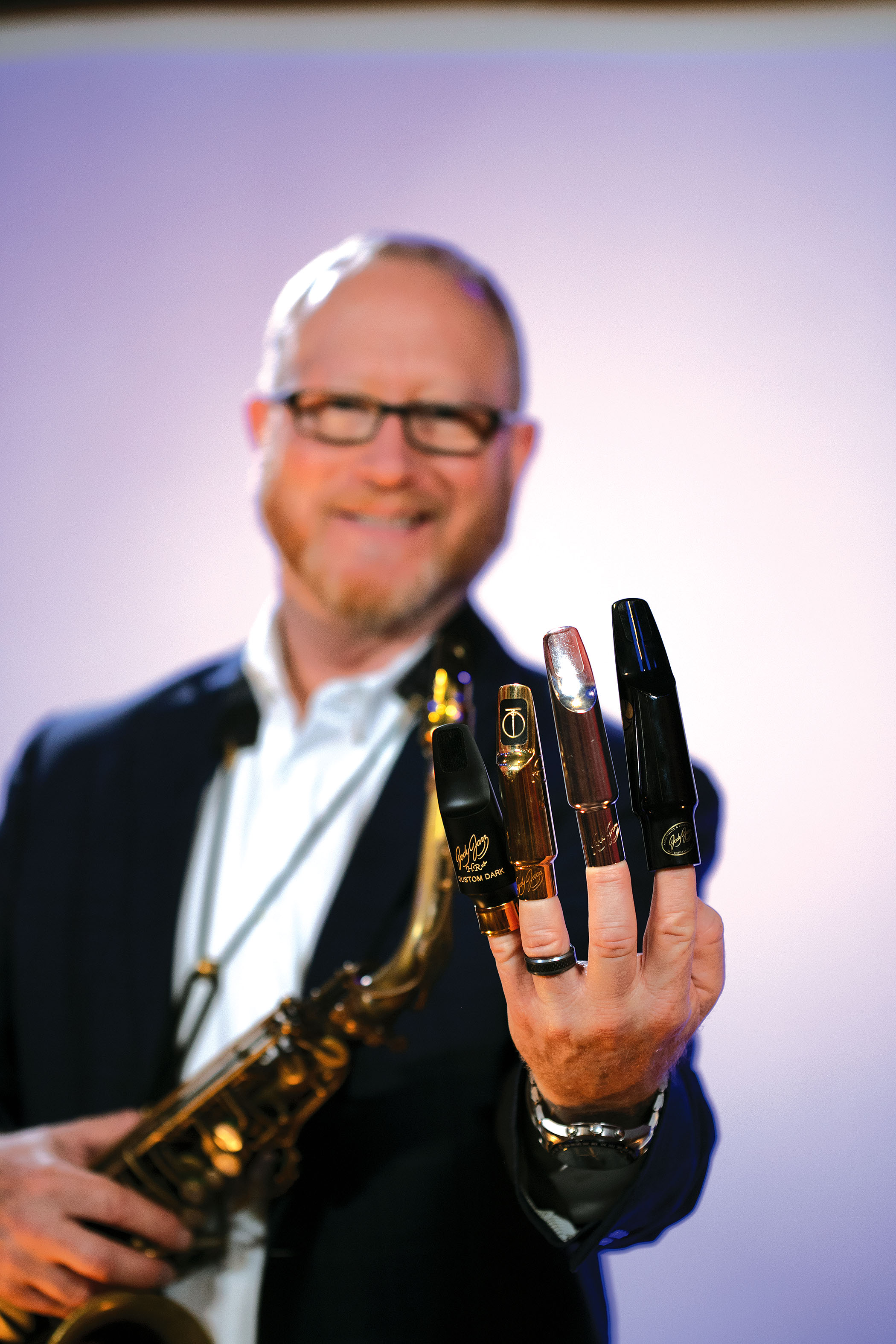 “I picked one of his mouthpieces out to play,” Espina recalls. “But eventually I had to tell him that it didn’t have enough bottom in the sound; it wasn’t free blowing enough.” (Translation: the air pressure needed for the mouthpiece to work properly didn’t match what felt right for Espina to play his best.)

Runyon offered Espina a chance to visit his factory in Louisiana and to try a customized mouthpiece.

“He changed the facing curve, made other small changes inside, and after I played it, I said, ‘Wow, I can’t believe it. I love it!’” Espina recalls. “He said, ‘We can make more of those for you, and call it JodyJazz.’”

Espina didn’t love the name, but he did love learning about mouthpieces from Runyon’s staff and the idea of making his own. He also experienced the frustration of how inconsistent the quality of mouthpieces could be across the industry.

In time, Espina’s perfectionism when crafting his brand started to get the attention of players in places like Germany and China. Eventually, the popularity of JodyJazz transformed it into a full-time, international business.

Espina’s brother Jamey told Jody that he and his wife should move to Savannah. This way they could be closer to their mother and far away from big-city headaches.

“He said, ‘We’ve got to take care of our mom and you guys should start having kids,’” Espina says.

He took not only his brother’s advice but also the advice of places like the Savannah Economic Development Center and the Small Business Development Center to establish a physical space for JodyJazz. It is not a low-key operation either—Espina’s 4,500 square foot factory has five CNC machines, which use pre-programmed software to dictate the movement of the mouthpiece manufacturing tools. 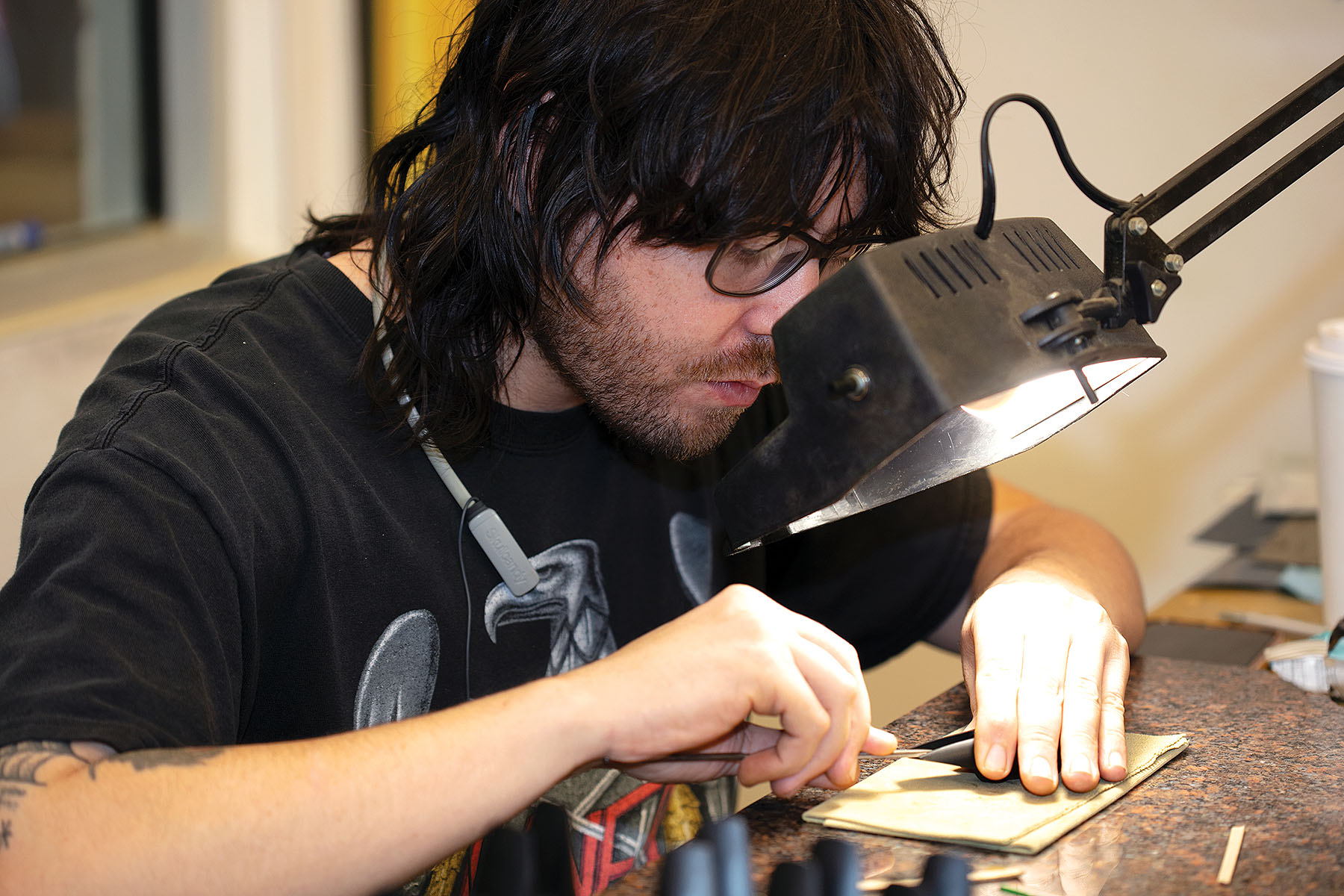 In addition to the operation at home, Espina also travels to trade shows to present his mouthpieces personally, a task that other companies leave solely to the sales rep. He takes about two trips a month.

Now, JodyJazz mouthpieces are available in more than 300 music stores worldwide, and Espina is always designing and prototyping new pieces. Many of his 18 employees are, like him, also professional musicians.

“It was always difficult to balance family and performing with the demands of the business,” Espina says. “But I’ve never had a doubt about JodyJazz—it always felt like the right thing to be doing.”

Espina also missed New York at first, but like all transplants he fell in love with Savannah after a while.

“Of course I love the food, the beautiful architecture,” he says. “But I also got used to the rhythm here. Everything’s 15 minutes away. Compared to Manhattan, it’s so mellow.”

You don’t have to be a brass or woodwind player to realize that a person’s lung capacity naturally declines as they age. While sudden difficulty in breathing or shortness of breath require a doctor’s visit, it is normal for breathing to get just a little bit more difficult as you get older.

“For older players, if you are in better shape and don’t smoke, you can play longer,” Espina says. But he also discovered that some of his mouthpiece designs could help performers who suffer from emphysema or other lung issues.

“They weren’t initially made for that purpose, but we found that they work really well for that,” Espina says. “The different tip openings have helped a lot of people in their later years to get the most free blowing mouth piece they can get. And they can still get a big sound out of it.”

Despite the complexity of designing and creating high-end mouthpieces for elite performers, Espina has never forgotten where it all began—the joy of picking something up and making a cool sound with it. It doesn’t matter whether you are 16 or 60.

“A lot of people pick up sax in their retirement years,” he says. “I encourage anyone who’s interested to rent a horn and just start. It’s a joy to get a sound out of that thing. And then just take your time, you know? If you learn “Mary Had A Little Lamb,” that’s cool, man. You did it.”

What’s happening inside your lungs when you play an instrument, laugh, or even just breathe? Take a closer look here.