How Nurses Prevent Sepsis And Its Progression In The Hospital 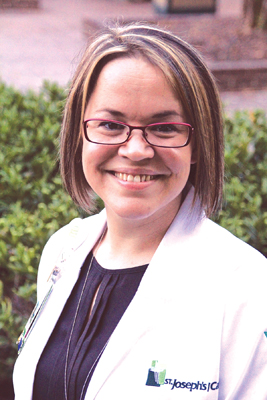 Smart Living: An infection can happen to anyone, and in some cases that infection could lead to sepsis. What is sepsis and who is most at risk?

Melynda Allesandro:  Sepsis is a life-threatening emergency in which the body’s organs are affected by an overwhelming response to an infection. The way I describe it when I’m educating nurses is that it’s a malignant, inflammatory response because it often leads to organ failure and subsequent death.

Anyone can get sepsis, but people with weakened immune systems, the elderly, babies and young children, people with chronic conditions such as diabetes or kidney disease, and people with severe wounds or burns are at a higher risk. Also, a person who is hospitalized for another condition is at risk for sepsis through contracting a secondary infection.

SL:  How do nurses prevent patients in the hospital from getting sepsis?

MA: Nurses prevent sepsis the same way they are trained to prevent any infection. They practice good hand hygiene and standard infection control precautions, such as the use of personal protective equipment like gloves, gowns, and masks if necessary. They also practice good respiratory hygiene and cough etiquette, safe injection practices, and safe handling of contaminated equipment.

An equally important component for nurses is preventing the progression of sepsis in a patient who is already septic with early recognition.

SL: How are nurses able to identify a septic patient and prevent the condition’s progression?

MS: St. Joseph’s/Candler nurses are provided formal education on sepsis identification. They use criteria such as acute change in mental status, decreased blood pressure, increased breathing rate, a heart rate faster than 90 beats per minute, a temperature higher than 101F or lower than 98.6F, and white blood cell counts that are higher or lower than normal range.  If a patient exhibits two of these six criteria, in addition to having a confirmed or suspect infection, the nurse initiates the Sepsis Screening Tool & Nursing Protocol. This allows the nurse to provide prompt workup or treatment to the patient as they also contact the physician.

Because sepsis is characterized by a combination of symptoms, which can include typical infection symptoms, nurses must always use their keen clinical judgment to identify sepsis as early as possible. Early identification of this condition is vital to saving lives.