Staying In The Clear

Loved ones of smokers need to protect themselves from secondhand smoke

It was a case of chronic obstructive pulmonary disease, or COPD. A condition Thomas J. Ferrari, MD, has treated many times before. In this case, the woman even needed supplemental oxygen therapy. Curiously, her symptoms were not from smoking—she had not smoked a day in her life.

But her husband had. In fact, he was a long-time smoker. 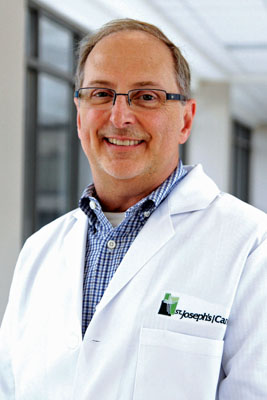 “Some people think that secondhand smoke is not that big of a deal,” Ferrari says. “They forget that there’s no filter for them. It is very dangerous and some of my patients who have never smoked, but who have a spouse that smokes, have COPD because of it.”

Rural areas in the South have some of the highest prevalence of smoking in the United States, according to the Centers for Disease Control and Prevention. Dr. Ferrari, who treats patients at St. Joseph’s/Candler Primary Care located in Statesboro, warns of the dangers of secondhand smoke but says that a few ground rules can make a difference.

“Make arrangements for the smoker to have a covered area away from the house,” Ferrari says. “One designated spot that they can go to and that you can stay away from. Some families have tried to designate one room within a house, but the smoke still permeates.”

Dr. Ferrari encourages patients to talk to their spouses about quitting, but says ultimately the choice to stop smoking must be theirs in order to be successful.

“Unless the smoker is committed and prepared to deal with the addiction, they not going to get anywhere,” Ferrari says. “Once they do commit, they will need lots of support.” 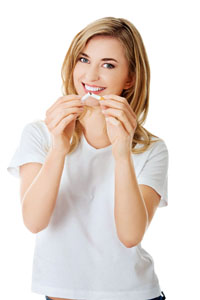 One method of quitting smoking that has been successful for many people is participation in a Tobacco Cessation program. St. Joseph’s/Candler offers such a program through a four-week series of classes. The program is $100 and is led by a nationally-certified tobacco cessation instructor in the Center for Medication Management, 836 E. 65th Street in Savannah.

One-on-one sessions are also offered and are covered by most insurance plans with a physician’s referral. For more information, call 912-819-8407 or visit www.sjchs.org/stopsmoking.