A stroke occurs every 40 seconds in the United States, according to the American Stroke Association (ASA), and is the fourth-leading cause of death in this country. Those numbers are even more sobering for Georgia and Low Country residents because the prevalence of stroke is higher in the southeastern U.S. In fact, this area of the country is known as the stroke belt. 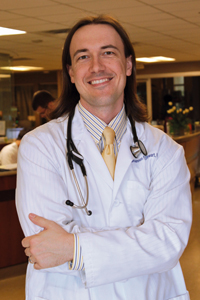 Physicians, nurses, and staff in The Institute for Neurosciences at St. Joseph’s/Candler offer the highest-quality stroke care in the region, but they hope awareness of this condition and its modifiable risk factors will lower the number of stroke patients they need to treat.

Here are some of the basic facts you need to know about stroke:

A stroke occurs when a blood vessel cannot supply blood and oxygen to the brain, causing death of the brain cells.

Ischemic Stroke: When the blood vessel is obstructed by fatty deposits in the vessel walls.This is the most common type of stroke.

Transient Ischemic Attack (TIA): When a clot temporarily obstructs the flow of blood to the brain. TIA is often called a mini-stroke, though the ASA urges sufferers to consider it more of a warning stroke. This is because about a third of patients who experience TIA will suffer from a regular stroke within a year’s time.

Hemorrhagic Stroke: When a weakened blood vessel ruptures and bleeds into the brain.

“Being born and raised in the stroke belt can affect your stroke risk, even if you move to a part of the country where stroke is less prevalent later in life,” says Shannon Stewart, MD, a neuro-hospitalist at St. Joseph’s/Candler. He emphasizes the need for long-time Georgia and Low Country residents to modify the risk factors over which they have control and to get screened for certain conditions.

“The chance for stroke increases with advancing age,” Stewart says. ”The arteries of the neck and brain are aging, and hardening, along with everything else. Research has shown that men have more strokes than women at younger ages, up to about age 80. Women make up more strokes after about age 85.”

“For patients with symptoms suggestive of possible stroke, a carotid ultrasound will provide images of the carotid arteries and measure their blood flow,” Stewart says. This screening assists the physician in diagnosing carotid artery disease.

Based on the risk factors listed above, other screenings that can help determine the risk of stroke are tests for high blood pressure or hypertension, diabetes, and a lipid panel screening, which measures the HDL, LDL, and triglycerides in your blood as well as your total cholesterol.

Consult with your physician about what screenings may benefit you. 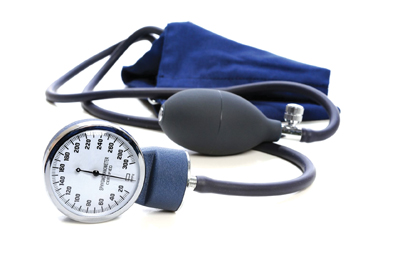 According to the ASA, about 795,000 people in America suffer either a new or a recurrent stroke each year. Knowing your risk factors is the first step in making lifestyle changes and in finding time for the proper screenings for conditions such as high blood pressure. Share this information with your family and friends, because although Georgia and the Low Country may be part of the stroke belt, awareness of stroke risk factors and prevention can help us call this Southern paradise home for decades to come.

Recognizing the signs of stroke can help you take the quick action that is necessary. Immediate medical attention cannot only save the person’s life, it may also help minimize the long-term effects of stroke. Just remember F.A.S.T.

“The F.A.S.T. pneumonic is a good, simple way to remember the major symptoms of stroke,” says Shannon Stewart, MD.

F is for facial droop…check if one side of the person’s face droops down.

A is for arm weakness or numbness.

S is for speech changes…check for slurred speech or inability to speak.

T is for time to call 911. Get the person to the hospital as soon as possible.