ACL Injuries: Who's at Risk?

Tearing Up The Field

A common injury in certain sports, a torn ACL may require surgery to prevent further damage

It was not the end that fans expected.

Last November, the Georgia Bulldogs’ quarterback Aaron Murray felt a pop in his knee during a run in the second quarter of a game against Kentucky. He learned later that the pop was a tear of his anterior cruciate ligament, or ACL. The ACL is one of four ligaments that connect the thigh and shin bones at the knee. The injury took Murray out of the season and into the operating room. 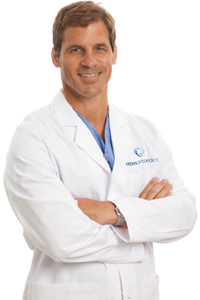 “An ACL injury is very prevalent in sports with pivoting maneuvers,” explains orthopedic surgeon James W. Wilson, Jr, MD.  He cites football, basketball, and soccer as some of the major sports where players attempt to stop and change direction while running or landing from a jump. Torn ACL’s are also prevalent in skiing.

Symptoms include the popping sound that Murray heard during his run, followed by a knee swelling and pain when weight is put on the injured leg. Dr. Wilson says that athletes as young as middle-school age can tear their ACL.

Rehabilitation is needed to strengthen the leg muscles and improve joint motion. In some cases, the injury will require surgery.

“Once an ACL injury occurs, the knee becomes unstable,” Wilson says. “When the patient returns to their sport, there is more possibility of further harm to the knee, including injury to the cartilage or the meniscus. There is also a risk of that knee becoming arthritic down the road.”

“The key for a young person that has an ACL tear, where their menisci and cartilage is intact, is preventing him or her from playing with more instability that could cause further damage,” Wilson says.

Even for players who do have surgery, the time to regain muscle strength and motion can be around six months to a year. Aaron Murray underwent surgery almost immediately after his injury, and the quarterback says he intends to participate in Georgia’s pro day before the NFL draft in April.


Learn more about ACL injuries by taking our  quiz.