For years, getting your tonsils out—and the promise of a soft dessert like ice cream or Jell-O afterward—was such a common procedure that it even made up an entire episode of The Brady Bunch.  But tonsils, which are lymphoid tissue and work as part of the body’s immune system, have a lesser-known partner: adenoids.

Despite the plural-sounding name, there is only one mound of adenoid tissue. Both tonsils and adenoids release antibodies to help fight infections, but while tonsils are located on each side of the back of the mouth, adenoids reside in the back of the nasal cavity. 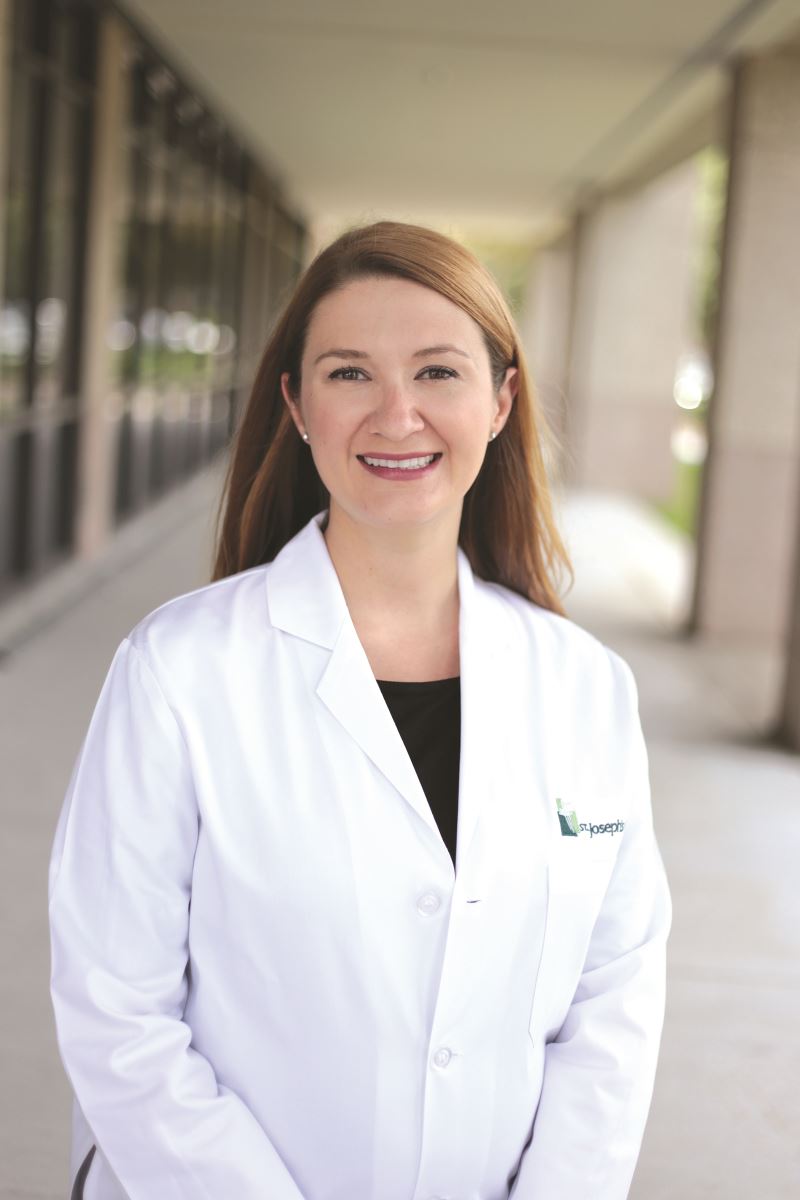 Today, surgical removal of the tonsils (also known as a tonsillectomy) is usually reserved for certain patients who are experiencing sleep apnea or chronic infections. For some patients, however, adenoids are the culprit and may need to be removed.

Largest In The Small Patients

“Adenoids are largest during early childhood and usually shrink in adolescence,” explains otolaryngologist Stephanie Ambrose, MD, of Georgia Ear, Nose, & Throats Specialists. “Adenoids in young children are often colonized or infected with the bacteria that cause ear, sinus and lower respiratory infections. They may also become large enough to cause nasal congestion, mouth breathing or even sleep apnea.”

Chronic infection means your child may often be dealing with:

Enlarged adenoids can cause symptoms in the ear because they are located near the ear’s eustachian tubes and can affect their function.

When Surgery Is Necessary

An adenoidectomy, or surgical removal of adenoids, is needed mostly in young children. Dr. Ambrose evaluates the symptoms and their severity to determine the most beneficial treatment plan. Since adenoids cannot be examined with the naked eye, she uses either a small camera called an endoscope, which is guided through the nose, or a lateral neck X-ray to see them.

Sleep apnea can cause problems not just at night but during waking hours. Symptoms include:

For some children, infected adenoids can cause accumulation of nasal secretions or infections of the sinuses, which Dr. Ambrose will often initially treat with antibiotics. Surgery may be needed if medication is not successful, however. 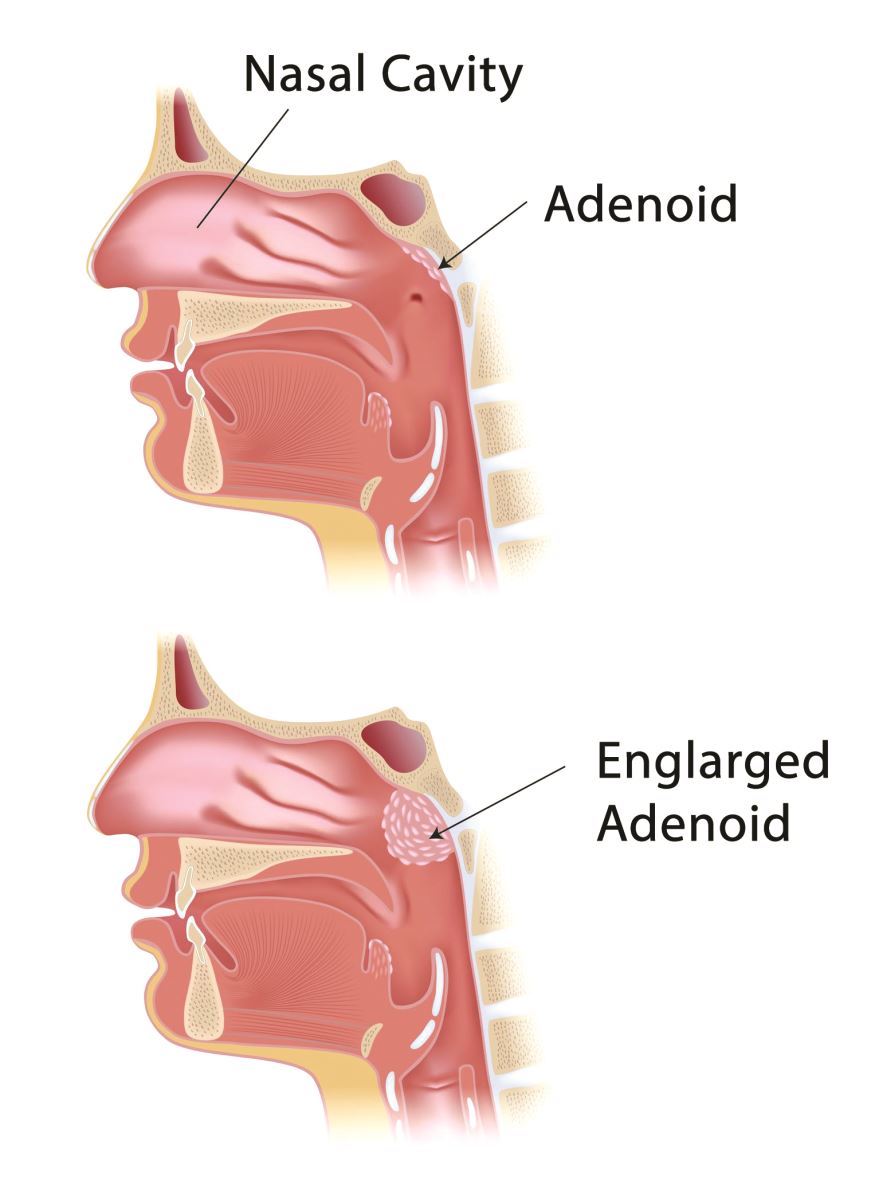 An adenoidectomy will help treat severe nasal and sinus infections,” Dr. Ambrose says, “although it will not prevent nasal drainage caused by the common cold.”

Children with recurrent ear infections or chronic middle ear fluid with hearing loss may be treated with synthetic ear tubes that ventilate the middle ear. An adenoidectomy is often recommended for children who continue to have ear problems after the first set of tubes.

Adenoidectomy is performed as an outpatient procedure under general anesthesia with a breathing tube. The adenoid tissue is cauterized, shaved or curetted down to the base. The surgery takes about 15-30 minutes to complete and no stitches are needed. For certain patients, the procedure is combined with a tonsillectomy. When only an adenoidectomy is needed, the he healing process is easier than a tonsillectomy, with less pain and less risk of bleeding.

“Most children only need Tylenol or Motrin for a day or two,” Dr. Ambrose says. “Bad breath and nasal congestion is common for about one or two weeks. We do not limit activity and the children are allowed to resume a normal diet, unless the adenoids and tonsils are taken out together. The kids will still enjoy a sweet treat in recovery with a popsicle. ”

Dr. Ambrose says that although the children are losing lymphoid tissue that produces antibodies, patients do not, on average, have more illness or infections after surgery.

“The adenoids are only a small part of the immune system, and surgery is chosen for those children whose adenoids become dysfunctional and are more of a liability than an asset,” she says. “Many children will get fewer illnesses, like recurrent ear or nasal infections, after their adenoids are taken out.”

Then it’s time for that popsicle.

Dr. Stephanie Ambrose brings her experience in pediatric otolaryngology along with Dr. Michael Poole at Savannah Pediatric ENT. The physicians also have a special helper for anyone who wants him along as part of their office visit. Meet Vegas here.