In Our Hay Days

It’s not the farmers’ fault.

Yes, they grew tall grasses, then cut and dried them to feed their animals, and that hay could trigger a runny nose, sneezing and watery eyes. But allergic rhinitis, commonly known as hay fever, can be caused by a variety of allergens (not just grass) and can happen throughout the year (not just during harvest season.)

There is also no fever involved. In fact, having a fever is one indication that you don’t have hay fever. 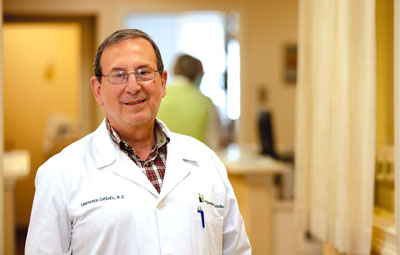 “Hay fever is when you get upper respiratory symptoms that are triggered by an allergy to something in the air,” explains Lawrence Zottoli, MD, of St. Joseph’s/Candler’s Primary Care located on Eisenhower. “If you have a fever, it’s not an allergy. Other than typical allergy symptoms—watery eyes, runny nose, sometimes a nasal drip—people with allergies don’t feel bad. They don’t have the aches, pains, and fever that come with a cold or flu.

Pollen is one of the major culprits for allergic rhinitis. If tree pollen doesn’t bother you in early spring, then you still have to get through grass, weed, and ragweed pollen through summer and fall. Symptoms can start within minutes of being exposed to the allergen. 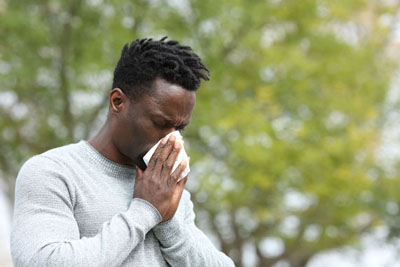 Though a patient may just want whichever treatment that will stop their nose from running, it’s not that simple. Your treatment plan could be very different depending on Dr. Zottoli’s diagnosis.

In many cases, allergic rhinitis can be managed with medication, in addition to avoiding outdoor triggers as much as possible. Dr. Zottoli will either write a prescription or recommend certain over-the-counter medications. If the symptoms are so frequent or severe that it disrupts a person’s daily life, he will refer them to an allergist for testing. But many patients don’t need that step.

“Once we know what we’re dealing with, we have some simple but effective remedies,” Dr. Zottoli says. “If it is what they used to call hay fever, there’s a good chance you can manage it and still enjoy getting outside once in a while.