Having treated cancer patients for nearly 30 years, oncologist Gary Thomas, MD, of SC Cancer Specialists, is sometimes asked if he thinks about retirement.

“Now that we have all these advanced new treatments to offer, I’d have a hard time retiring anytime soon,” he says. 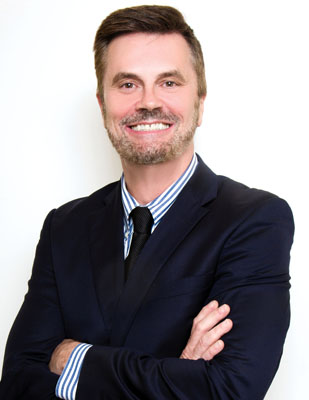 In the past, a group of cancer patients—advanced lung cancer, for example—would receive the same chemotherapy and a prognosis of one or two years of survival.

“We have more than one approach now,” Dr. Thomas says. “We’ve started doing what I call precision medicine.”

Both normal cells and cancer cells have proteins on their surface. One example is the epidermal growth factor receptor, or EGFR. This protein helps cells in the lung survive and spread when they are needed. If the DNA in a cell is damaged, it is called an EGFR mutation. But to newly-developed drug therapies, it’s a target.

“A young woman who never smoked may come to me, still in shock perhaps, asking how did I get lung cancer?” Dr. Thomas says. “But there is now molecular testing that can be done, and we can find out if they have a particular mutation such as the EGFR.”

Patients undergo a biopsy, where physicians remove a piece of the tumor to be sent for testing. If there is a mutation that a drug can target, that patient will not be going to chemotherapy but instead taking a pill at home.

“Think of a switch that is stuck in the On position,” Dr. Thomas explains. “That’s what these mutations are; it’s known as being constitutively activated. Targeted therapy drugs can turn that switch off.”

Targeted therapy can have some side effects for some patients, including diarrhea, liver problems, or skin changes. Some patients may have few or no side effects.

The body’s immune system can help slow cancer growth, but some cancer cells are built to hide from, or interfere with, immune cells’ response. But now those cells have some new players on their team—specialized drugs that can put them back into attack mode. This type of treatment is called immunotherapy.

“If we don’t have a target, then I look at immunotherapy because it can often work very effectively,” Dr. Thomas says.

There are several types of immunotherapy. One is T-cell transfer therapy, in which immune cells are taken from your tumor. The cells most active against the cancer are selected and grown and returned to the blood through a monthly infusion appointment. Another is the use of monoclonal antibodies, which are proteins created in a lab to either bind to targets on cancer cells or to mark cancer cells so that they can no longer hide from your immune system.

“There are side effects to immunotherapy, including pain at the needle site, various skin rashes, and sometimes flu-like symptoms,” Dr. Thomas says. “But we don’t see as much of the side effects we see with chemotherapy such as hair loss, nausea and vomiting, and infections.”

Dr. Thomas estimates that five years ago, only about five percent of stage 4 lung cancer patients would still be alive.

“Now some studies suggest that with immunotherapy, perhaps 1 in 5 will be alive in five years,” he says. “It has really been a breakthrough for many cancers.”

As with targeted therapy, specific tissue and blood testing is needed to determine if a patient will be effectively treated by immunotherapy. Not all patients are candidates, and some will need traditional chemotherapy as soon as possible, before the test results have come back.

The needs of those patients was the first and most essential consideration in the design of the Nancy N. and J.C. Lewis Cancer & Research Pavilion’s (LCRP) infusion suites at St. Joseph's/Candler - Bluffton Campus.

“Chemotherapy is better tolerated than ever before,” Dr. Thomas says. “And we have had so many advances in supportive care.”

Some of those advances include new antiemetic drugs, which help prevent nausea and vomiting, as well as special details at the LCRP such as the heated, adjustable chairs in the infusion suites. It all boils down to individualized treatment.

“Precision medicine is also personalized medicine,” Dr. Thomas says. “With our testing for specific mutations, which can be targeted, or for patients who can benefit from immunotherapy, our approach has completely changed. It’s also a challenge because as we identify mutations for each patient and as every new drug is developed, we receive more and more nuanced information. But as a community oncologist, I can’t think of a more exciting time than now.” 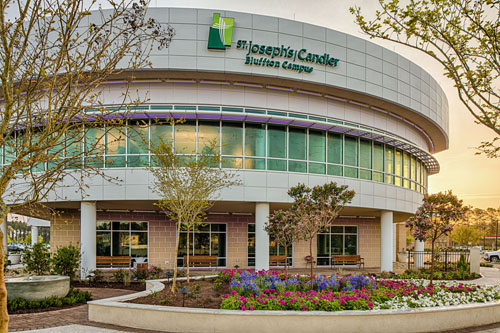 The LCRP has served Low Country residents for years and has facilities in the Hilton Head, Okatie, and Bluffton, including the new St. Joseph’s/Candler – Bluffton Campus at  100 Buckwalter Place Blvd. To learn more, visit here.

To hear how these advances have affected the LCRP in Savannah, go here.