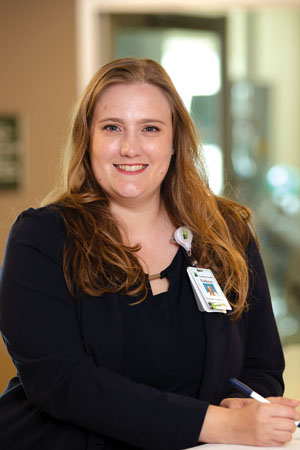 If you have trouble holding a glass without your hand shaking, or if you can’t fall asleep because you can’t stop kicking your legs, it is more than just irritating—feeling like you have no control can be scary. But more than 40 million Americans face moments like these every day. They have a movement disorder.

“Movement disorders are neurologic syndromes in which there is an excess or paucity of voluntary and automatic movements,” explains Kathryn Wiesmann, Outreach Coordinator of St. Joseph’s/Candler’s Movement Disorders Program. “There are many types, but a common thread between them all is involuntary or abnormal movement.”

Some of the movement disorders most commonly diagnosed at St. Joseph’s/Candler include:

These disorders are diagnosed and treated by physicians at St. Joseph's/Candler Physician Network – Neurology. But St. Joseph’s/Candler’s also has a Movement Disorders Program, which involves a multidisciplinary team who have specific training on how to treat different aspects of your movement disorder: neurologists, a movement disorder specialist, a social worker and outreach coordinator, speech occupational and physical therapists, and other healthcare professionals.

“Our program provides a holistic treatment plan for patients, giving them a positive quality of life moving forward,” Wiesmann says.  “Once you leave the physician’s office, there’s a whole other side of your life. You may have issues with driving around, or being safe in your home, or just dealing with new emotions, such as worrying about your independence.”

The Movement Disorders program offers referrals to resources for independent or assisted living planning, financial planning, counseling, or even a gym—basically anything a patient needs to navigate the challenges of daily life. Wiesmann and her colleagues provide this for free to patients at St. Joseph's/Candler Physician Network – Neurology.

“It could be that you feel like you just don’t know where to start,” Wiesmann says.  “We are here for that too. We can start at the beginning, and help you find your way.”

If you think you or a loved one is affected by a movement disorder, talk to your doctor about a referral to see a neurologist at St. Joseph’s/Candler Physician Network – Neurology.

For more information about the Movement Disorders Program, call 912-663-6803 or go here.