Amy Grant, an American music icon, hopes to inspire women as the keynote speaker at the 2015 SmartWomen Luncheon & Expo

Day by day, dream by dream
I fight to find the way to go
Every day opens a different door
Every dream shadows the one before
But slowly I can see the way You've made for me.

- From “Straight Ahead” by Amy Grant

Even in her early songs, the faith in Amy Grant’s words about her journey is clear. But no one could imagine the heights this young songwriter would soon reach as her voice and music became known around the world. Grant will speak about this journey at St. Joseph’s/Candler’s SmartWomen Luncheon & Expo in September.  Like many great musical stories, hers began in Nashville, where she grew up. 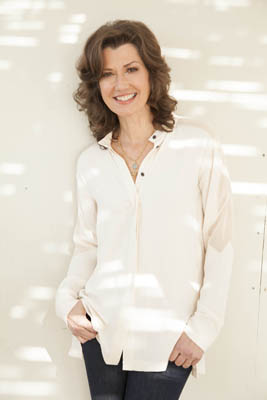 “I loved music from the time I was very small,” Grant says. “I loved the records that my dad played.  I love hearing the hymns that we sang at church.”

Grant took piano lessons as a child, but wasn’t inspired to create until she started learning guitar at age 13. By 16 she was writing original songs, some of which she performed at the all-girls high school she attended.

“That day, my set list was a combination of James Taylor, Carole King, Joni Mitchell, and original songs—songs that talked about faith,” Grant says. “In my mind, context is always essential, and faith happens in the context of everyday life.”

Grant recorded a demo tape that same year and was soon offered a recording contract. Throughout high school and college, Grant was making albums and playing shows, gaining an ever-widening audience and eventually taking home Grammy Awards and the Gospel Music Association’s Dove Awards for her records in the mid-1980s. As her songwriting strengths grew, she held true to the perspective about how faith works in music—and how music works in faith—that informed her first set list as a teenager.

“I felt really strongly about broadening the subject matter of my songs,” Grant says. “I feel like that’s what gives context to the messages of faith. And that change actually brought about a fresh, new sense of fun and celebration—things that are an essential part of music—to the experience I was having in live settings with my audience.”

That audience expanded greatly with the release of 1991’s Heart In Motion, which included several popular singles including the #1 hit “Baby Baby.”  The album went on to sell more than five million copies, establishing Grant as the crossover superstar that she is today. Throughout her career, Grant has sold more than 30 million albums, won 6 Grammy Awards, 26 GMA Dove Awards and has a star on the Hollywood Walk of Fame. But the inspiration behind her success, and her connection with her fans, has remained the same.

“Songwriting is storytelling, it’s about communicating stories,” Grant says. “I have attempted to communicate honestly the journey of life, specifically in the context of faith. I’ve been through many things in my life—good times, bad times, raising four children, celebrations, divorce.  And I’ve never pretended to be somebody else. I’ve never recorded a song that didn’t reflect a reality of my journey.” 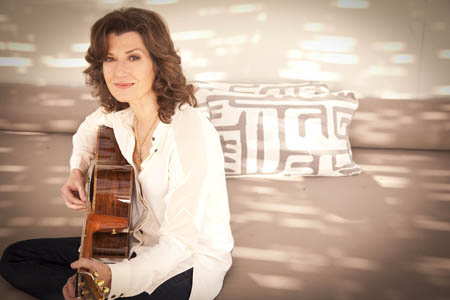 Grant describes that journey as “miraculous,” and says her view of faith has expanded through the successes and challenges along the way.

“If I had to describe my experience of the journey of faith, and the bigness of God, I would ask you to imagine standing on the back wall of a room and seeing a window open,” Grant says.  “You see that light and you see a little of what’s on the other side. And if you spend your life walking towards that window, you see more and more. I feel like, at 54, my experience is bigger than I have ever imagined.  It’s exponentially greater than I had any idea of when I prayed my first prayer.”

Grant plans to share her story with Savannah not only in terms of faith and music but also in health.

“The quality of life for every one of us is affected every day by our health, and some of the best lessons I have learned in life have been through the health struggles of loved ones,” Grant says. “So that will be part of my focus when I speak in Savannah.”

Grant also says that she hopes to spark a sense of curiosity and possibility in the audience at SmartWomen.

“It’s the adventure of life that is the most compelling, and we lose sight of that sometimes,” Grant says. “I want people to see the value of the possibilities at hand, right where each one of us finds ourselves. I hope the audience will be energized to engage in their own journey.”