Knowing When You Need To Go To The Emergency Room

Smart Living: The emergency rooms at St. Joseph’s/Candler are open 24 hours a day, 7 days a week to anyone who has a medical emergency. But do patients sometimes mistakenly come to the ER when an immediate care clinic is a better match for their needs? 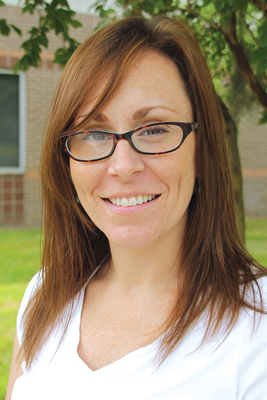 Erin Harper: We do see quite a few patients who are not true emergencies, but they just didn’t know what else to do. They may not be aware that there are immediate care clinics that are open in the evening and on weekends. Or they may not be sure if they have a minor illness versus a true emergency.

SL: What symptoms do warrant going to the ER or calling an ambulance?

EH: Definitely any kind of unrelieved chest pain, especially in a patient that has a history of cardiac issues. Also, racing hearts or palpitations that don’t abate within a few seconds. Any signs of stroke, such as facial drooping, arm or leg weakness, or speech difficulties need to be seen in the ER. Other emergency symptoms are large open wounds, difficulty breathing, continuous nausea or vomiting, and being unable to make urine or keep down any fluids or food for a significant period of time.

Infants have their own set of guidelines because of their low immunity. Babies under the age of 3 months with fever higher than 100.4 should be seen in the ER if their pediatrician is unavailable.

SL: What conditions might not require a trip to the ER, but would be treatable at an immediate care clinic?

EH: Simple lacerations or cuts that need gluing or suturing do need to be addressed quickly, because of the exposure to bacteria, but they can be treated in immediate care. Simple ankle and wrist sprains and strains, without any deformity that would need setting by a physician, can be initially treated in immediate care and then followed-up with an orthopedist visit.

For flu-like symptoms, it is not uncommon for the very young or very old to need to be evaluated to avoid dehydration and the ER is an option, especially after hours. Most people can wait until their doctor’s office or an immediate care clinic is open to treat colds and the flu. They can manage their pain and symptoms with over-the-counter medication, which will make them feel a lot better. Things like earaches, pink eye, and rashes that are not accompanied by fever can also be looked at in an immediate care clinic. A rash that is accompanied by fever, however, could be indicative of several different conditions, so it probably should be seen in the ER.

Kids older than 3 months with fevers under 100.4, especially if coupled with ear pulling or a runny nose, can probably be treated in an immediate care setting.  This is important because children would probably be exposed to fewer germs in a clinic or doctor’s office than they would in a busy ER.

SL: Is that the main reason an immediate care clinic is a better choice for minor illnesses?

EH: That is one reason, but also a patient’s co-pay is generally higher at the ER than at an immediate care clinic. Also, patients in a clinic tend to have a similar acuity level and so are seen on a first come, first serve basis. But if you are in the ER for a less urgent illness, you could be bumped back in place of the more emergent patients.

Having said that, if you’re scared, if you’re really worried that something’s not right and it may be an emergency, please feel free to come see us. We will always see and treat everyone.