It Can Happen To Youth

Though rare, a young person can suffer from stroke. Do you know the signs?

When Luke Perry died suddenly of a stroke, many grieving fans reflected on their youth and watching shows like Beverly Hills 90210. But the nineties weren’t really that long ago, and Perry was only 52 when he died. A month later, John Singleton, director of the critically-acclaimed Boyz N The Hood, died from complications from stroke at age 51.

Another celebrity, Frankie Muniz, brought awareness about stroke in younger people when he suffered from a transient ischemic attack, or TIA, at 27 years old. A TIA occurs when there is a temporary blockage of blood flow to the brain, and its symptoms can mimic a stroke. Known colloquially as mini-strokes, they can signal a risk for an actual stroke in the future.

Does this mean all younger people should be worried about having a stroke?

“Stroke in the young is still a rare phenomenon, comprising less than 15 percent of all stroke patients,” explains Matthew Marshall, MD, a neurohospitalist at St. Joseph’s/Candler. “The definition of young is typically considered to be less than 49 years of age, according to most epidemiological research.” 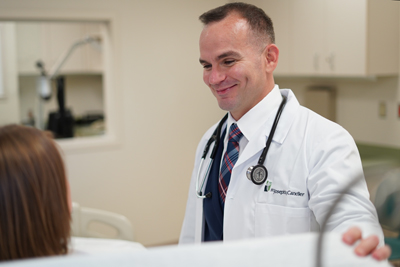 Though the etiology, or set of causes, of stroke in young people continues to be studied, it commonly remains undetermined. Dr. Marshall notes, however, that there are certain risk factors for stroke for both the young and the old.

Risk factors for stroke include:

These risk factors can lead to atherosclerosis, which is the buildup of plaque in the arteries that can cause a blockage of blood flow to the brain. The majority of strokes, which occur in people who are 65 or older, are cause by atherosclerosis.

Because strokes in the young are rare, many people aren’t prepared to recognize the signs when it does happen. This can lead to a delay in treatment.

“As young and old neuronal circuits are generally set up in the same pattern, the symptoms will be similar,” Dr. Marshall explains.

Other symptoms that someone should recognize include sudden confusion, sudden severe headache, trouble walking or trouble seeing.

Treatment for stroke is the same for the old and the young, and everyone needs to be treated with as little delay as possible. 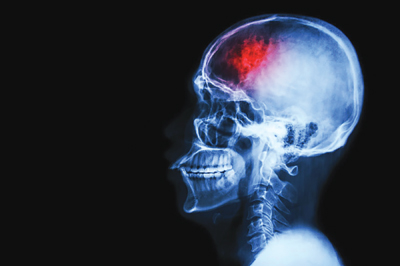 “Timing is of utmost importance,” Dr. Marshall says. “The goal is to re-establish blood flow to the affected part of the brain in the fastest way possible. This can include embolectomy, where a device is threaded through the groin to an artery in the brain to remove a clot, or may include a medicine called tissue plasminogen activator, or tPA, which helps the body dissolve the clot in a more systemic manner.”

Younger people may have a smoother recovery from stroke than older people if they have no other medical issues that would interfere.

Prevention Helps At Every Age

Though stroke in the young is rare, knowing the signs could save a person’s life when the unthinkable happens. But there is something young people can do right now to help prevent stroke. Not surprisingly, these healthy habits can affect your whole quality of life.

“Quit smoking, keep your blood pressure under control, eat a healthy diet, and exercise,” Dr. Marshall says. “Managing stress in a productive and beneficial way will also likely help with stroke prevention. In fact, up to 50 percent of strokes can be prevented with lifestyle modifications, and that’s true of the young and old alike.”