Heart Attack Signs Can Be More Subtle, Especially For Women 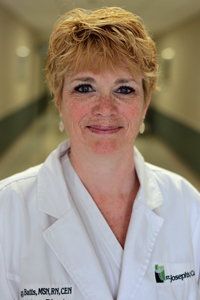 Peggy Batts: A sudden death heart attack can happen, but most of the time it’s more subtle than that. Sometimes it can be subtle enough that people are unaware that they are experiencing a heart attack. Some of the most common signs of heart attack are:

These are common in both men and women, but women are more likely than men to experience the associated symptoms without chest pain.

SL: So could the lack of chest pain cause a woman to not realize she’s having a heart attack?

PB: Yes, that’s why it’s important for women to understand how significant these other symptoms could be. Frequently, women will delay treatment, blaming neck, back or jaw pain on stress or nausea on a stomach bug.

I treated a woman whose only symptoms were tooth and jaw pain. She went to see a dentist first, then was referred to an ENT physician before it was finally discovered that she had suffered a heart attack.

SL: How can a woman know that these symptoms, which can be indicative of more common, less dangerous conditions, are actually signs of a heart attack?

PB: To be clear, I’m not saying that if you feel jaw pain that you should run to the ER, but women definitely need to educate themselves about the symptoms other than chest pain that can occur. I’ve found that women can be very astute when something is just not quite right with someone in their family, and I hope that they will use those same instincts with their own symptoms.

For example, what if you think you have indigestion and take antacids to relieve it, but the pain doesn’t go away? Are you aware of the other symptoms? Maybe you are also experiencing some shortness of breath. That’s when it’s time to call your doctor, or even 911 if the symptoms are severe enough. Awareness of all of the possible symptoms is incredibly important, for both men and women. I also encourage everyone to talk with their doctor about any possible risks they may have for cardiac disease.  Prevention can be the best medicine.


To learn more about risk factors and screenings for coronary heart disease, which can sometimes lead to heart attack, read Knowledge for Life: Heart Disease.