Liam Hogan doesn’t remember much about his first acting role as a child, but many in Savannah haven’t forgotten. Hogan played the son of Savannah lawyer Jamie Casino in what was technically a commercial but played more like short film complete with a blasting hard rock soundtrack and special effects. It aired in the middle of Super Bowl XLVIII and almost immediately went viral, receiving more than two million YouTube views within a few days of its airing. 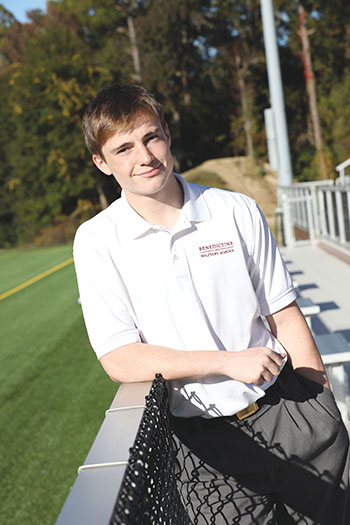 “My only strong memory of that was how long it took,” says Hogan, who is now 15, with a laugh. “I think it was like six hours for maybe three lines.”

Hogan’s next role had more lines and a lot more personal meaning. Rushed is his first feature-length film, written by and starring Siobhan Fallon Hogan, an actress with more than 70 roles in the past 30 years in films like Men in Black and Forrest Gump and TV shows including Saturday Night Live and Seinfeld. She is also Liam’s aunt.

“Acting is something that I wanted to do, and seeing my aunt always doing movies or TV inspired me to give it a go,” Hogan says. Meanwhile, Siobhan Hogan was writing and co-producing a movie called Rushed and wanted not just those she trusted in the film industry on her team, but family as well. Hogan auditioned and got the part of Siobhan’s character’s youngest son Sean.

“A few of my cousins were in the movie, and my uncle P.J. was there behind the scenes,” Hogan says. “I felt a lot of pressure at first. But after we shot above five scenes or so, I felt more at ease. It felt like I was just being with my family.”

The timing was good, too. Hogan’s other passion is sports, but because of an injury he was not able to play. To not get behind on school during the shoot, he worked with tutors. Overall the project was hard work, but Hogan says he had a lot of fun.

“My movie family got really close quick,” he says. “And being able to talk to my aunt helped a lot, too. She taught me about how acting takes time. Reading the script again and again. Acting it out before the cameras are rolling to figure out who my character was.” 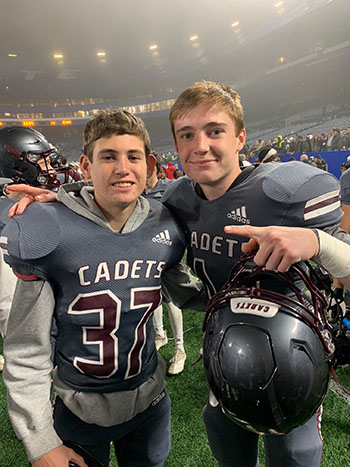 Rushed is an intense drama in which an Irish Catholic mom loses her oldest son, played by Jay Jay Warren, in a fraternity hazing incident. Robert Patrick of Terminator 2 fame plays the father, while Hogan plays one of the younger siblings. The family’s attempt to cope with this tragedy is frighteningly true-to-life. More than 50 hazing-related deaths have been reported in the U.S. since the year 2000.

Often the cause of death in hazing incidents is alcohol poisoning or an alcohol-related accident such as drowning. Because the goal is admittance to a fraternity, the risk seems worth it to freshman seeking friendship and community while at college. Hogan hopes the message of the film is clear to both those who pledge to a fraternity and those who grant admittance to those fraternities: if your instincts tell you it’s wrong, don’t do it.

“You have to stop and think about how what you’re doing now could affect the rest of your life,” he says. “Your instinct will tell you if it’s not worth it in the long run.”

Hogan is a sophomore at Benedictine Military School. He says that peer pressure is not a problem at school, but that everyone encounters some form of it once in a while.

“Luckily, among my group of friends, we can say ‘No, I don’t really do that’ or ‘No, I’m not like that’ and it’s still all good between us,” he says. “We don’t really pressure each other like that.”

Most of the drama in Hogan’s life right now comes from his full sports schedule. In the fall, he played football for Benedictine and toward the end of the season was playing lacrosse simultaneously in two different leagues. The schedule often involved late nights and long-distance travel. But his love of both sports far outweighs the challenges.

“I just try to get the chemistry together and play my game,” he says. “When I’m focused on a sport, everything else gets put to the side, even acting. Playing football is also really good for getting a little frustration out.”

Though he is not sure what the future holds, Hogan believes people should not be afraid of seeking out their passion and then finding a way to do it, even if they’re still a teenager.

“Even if it doesn’t happen, you know at least you tried,” he says. “You won’t have to live with regret. So shoot your shot, go for your dream.” 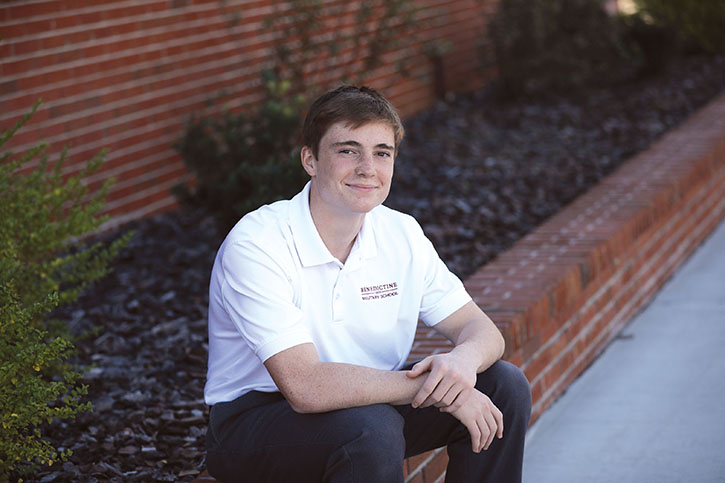