Specialized surgery can offer advanced options for disorders of the pancreas, liver and bile ducts

It’s hard to say and easy to forget that it’s there. But the hepatobiliary system is just as vital to your overall health as any other system of organs in your body. It consists of the liver, gallbladder and bile ducts and pancreas.

“The liver filters and processes the nutrients we ingest out of the blood and sends them to the rest of your body for use, while also breaking down substances such as alcohol,” says Russell Kirks, MD, a hepatobiliary and pancreatic surgeon at Metro Surgical.  “It produces bile which not only gets rid of toxins and impurities but also helps with that absorption of nutrients. The bile is stored in the gallbladder and released when needed, and the bile ducts are the series of tubes which allow the bile to travel from the liver and gallbladder into the small intestine.” 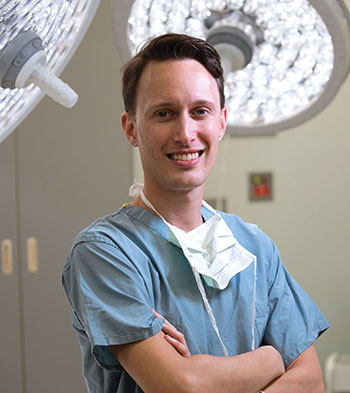 Dr. Kirks also specializes in surgical treatment of the pancreas, which is a gland surrounded by the liver, gallbladder, stomach and small intestine. Its main duct connects with the main bile duct.

“Your pancreas has two global functions,” Dr. Kirks said. “One is to make hormones that are secreted into your blood. Probably the most famous of those is insulin, which lowers your blood sugar levels. The other function is making a digestive juice that makes it easier for you to digest and absorb fats and proteins. That endocrine and exocrine functions are the two main ones of the pancreas.”

Basically, the hepatobiliary system and pancreas play the essential roles of converting the bad stuff we ingest into waste and the good stuff we eat into fuel for our body’s cells. If disease interferes with any part of this process, the impact can be severe.

Because of the complex interaction of its many functions, there is also a variety of diseases that can occur in the hepatobiliary system as well as the pancreas.

“Hepatobiliary surgery and pancreatic surgery includes treating benign and malignant problems,” Dr. Kirks says. “Those can be things people are born with, things that happen from injuries or other surgeries, the sequela—or long-term effect—of other diseases and cancers.”

Patients often come to Dr. Kirks after being referred by their primary care physician or gastroenterologist with conditions such as chronic pancreatitis (an inflammation of the pancreas that impairs its function and does not heal or improve) or gallstone disease (in which hardened deposits of digestive fluid form in the gallbladder or bile ducts, potentially causing a blockage and sudden, severe pain).  At other times, the patient is referred by a medical oncologist due to a malignant tumor.

“Often I see people during a hospitalization due to an acute finding or after an imaging abnormality has been discovered,” Dr. Kirks says. As part of his education and training to become a surgeon, Dr. Kirks completed a Hepatobiliary Surgery Fellowship at Virginia Macon Medical Center in Seattle, Washington.

“What the extra training provided was the knowledge of when it’s appropriate to do a certain procedure and how to optimize the operation for the patient and vice versa,” Dr. Kirks says. “Part of my role is to collaborate with other specialists such as gastroenterologists, interventional radiologists and medical oncologists to come up with the best treatment plan and sequence of therapy for an individual patient.”

Dr. Kirks is a Savannah native and Savannah Christian grad. After completing medical school and his surgical fellowships, he learned from colleagues in this area that patients with hepatobiliary or pancreatic issues weren’t always able to be treated here. 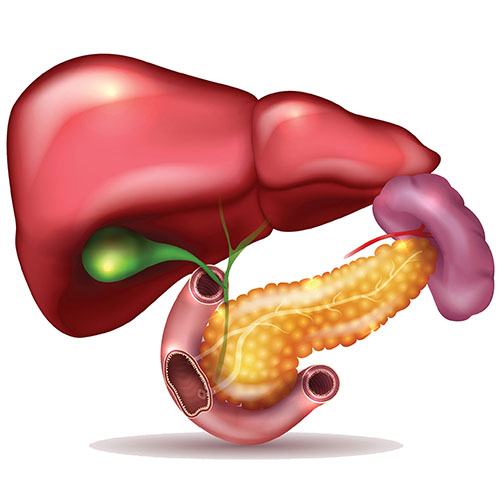 “People were being referred to Atlanta or Charleston, sometimes Jacksonville, or even farther away to be seen by a surgeon,” he says. “That can create problems if you can’t be near family when you have the procedure and don’t feel that you have a support system. Or if you don’t have the means to travel for hours. So I saw an opportunity to extend services to people who also call this place home.”

One of the most notable surgeries offered by Dr. Kirks is the pancreaticoduodenectomy, also known as the Whipple procedure.

“The Whipple operation is the removal of the head of the pancreas, the bile duct, the gallbladder and typically the bottom third of the stomach, and then creating connections to drain those organs back into the intestinal tract,” Dr. Kirks explains. “It’s very involved and is typically done to remove cancerous tumors.”

Dr. Kirks does various other types of procedures, including liver ablations that use electromagnetic waves to heat and destroy small tumors without having to do a liver resection. On the other hand, sometimes open surgery will be the best option for a patient.

“The field of hepatobiliary surgery, especially liver surgery, is one of the most technologically involved fields of general surgery,” Dr. Kirks says. “Various technologies, such as ablation, intraoperative ultrasound, and laparoscopic surgery allow me to extend a wide range of cancer-directed options to people; the timing of surgery—be it ablation or resection—all depends on the patient, the tumor location, and other factors.”

What Dr. Kirks appreciates most about the advanced technology is how it allows him to tailor a procedure to reach the best outcome.

“The candidacy for major liver resections, for example, is pretty complex,” Dr. Kirks says. “I have to consider many different factors in the planning stage. There may be an operation that I can technically do, but that is only the beginning—I also need to consider the effect a procedure will have, not only acutely after surgery but on a long-term basis and what next steps may be in a patient’s cancer treatment plan. Technology allows us to extend treatments to more people, but first and foremost it must benefit the individual patient.”