Originally built on the Bethesda tract of land, Georgia Infirmary moved to its permanent home at 1900 Abercorn Street in 1838. After surviving the Civil War, in 1904 the Georgia Infirmary also served as one of the first African-American nursing schools in the nation and continued to operate as a hospital until 1974. 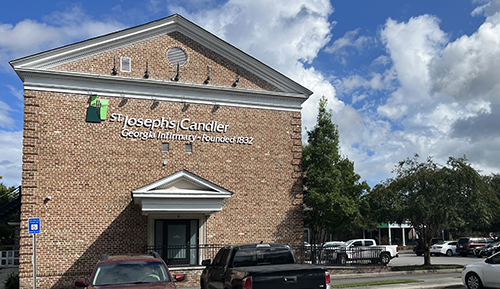 In an effort to continue to serve the community, the first day center in Georgia for stroke rehabilitation was opened in 1975. This led to Georgia Infirmary becoming the first Medicare certified Comprehensive Outpatient Rehab Facility in the nation, which was featured in TIME magazine.  From here, the rehab facility transitioned into the first licensed Adult Day Health Center outside of Atlanta and is still operating today.

Fast forward to present day, the Georgia Infirmary continues to operate an Adult Day Health Center, SOURCE/CCSP case management services, and also has a Primary Care Clinic onsite at the Savannah campus. With the addition of our office located in Baxley, our CCSP and SOURCE services extend to cover 27 counties in Southeast Georgia.

At Georgia Infirmary, we pride ourselves in serving the most vulnerable populations in our communities.  Unlike any other healthcare facility in Georgia, we can offer a variety of services and resources at one location while being conveniently located across the street from Williams Court Apartments, Savannah’s premier low income HUD apartment complex that has 151 units.